Jeff Masters on extreme US tornadoes in 2011

Meteorologist Jeff Masters explains science behind the fierce 2011 tornadoes in the United States. 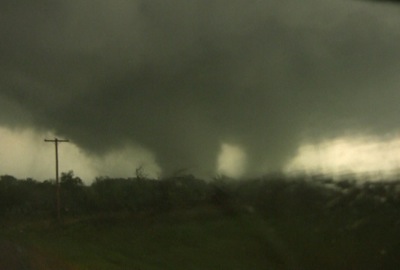 From April 25 to 28, 2011, a fierce and deadly storm system produced a total of 327 confirmed tornadoes in 21 states from Texas to New York, and even isolated tornadoes in Canada. Alabama was struck particularly hard. These April 2011 tornadoes killed at least 344 people people in the U.S. southeast, midwest, and northeast. Then – on May 22, 2011 – the deadliest single tornado since 1953 struck Joplin, Missouri, with 116 people now confirmed dead and over 1,000 people reportedly injured. EarthSky spoke to meteorologist Jeff Masters of weatherunderground.com shortly before the tornado struck Joplin. He explained some of the science that has caused these fierce 2011 tornadoes in the U.S.

In particular, he said, the location and strength of the jet stream played a role. Speaking of the April tornadoes in the U.S. southeast, he said:

The jet stream, which is that powerful river of air aloft over the country, turned out to be very strong this year. It had very high wind speeds in it. And it was moving over tornado alley, where we tend to get cold, dry air from Canada colliding with warm, moist air from the Gulf of Mexico. The combination of those contrasting air masses, and then the very powerful jet stream, was just the perfect storm of conditions to make a lot of tornadoes. 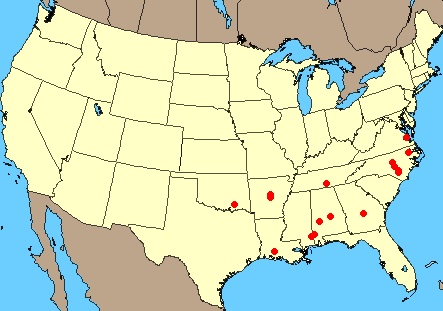 On the one hand, we would expect that a warmer climate would bring warmer temperatures and potentially warm moisture in the atmosphere, enhancing instability.

Instability, explained Masters, is what happens when large masses of cold air from Canada high in the atmosphere create updrafts, which can be up to 10 miles high. These unstable conditions can lead to deadlier tornadoes. But that’s not the whole story. Again, the jet stream plays a vital role, and climate change is expected to weaken the jet stream. Masters explained:

Climate change is expected to weaken the jet stream. And that’s a key ingredient for making tornadoes. You need to have a really strong jet stream that changes velocity and speed with altitude in order to put a shearing force on those updrafts, to get them spinning, so that they become tornadoes. So it’s unclear what’s going to happen in the end.

In other words, the verdict is still out on whether global warming will create more deadly tornadoes, and, at this time, there is no evidence that it will.

If global warming isn’t causing these deadly tornadoes, what is happening? EarthSky asked Dr. Masters just how unusual these 2011 springtime tornadoes have been. He said:

The last really bad outbreak like this was in 1974, when we had 148 tornadoes, six of them the strongest type of tornadoes that we have, the EF-5 tornadoes.

He also talked about how the spring 2011 outbreak of tornadoes compares with what scientists know has happened over the past 100 years.

Every 30 or so years, you do see a violent tornado outbreak like this one, where you get 10 or more of these strong, or even violent tornadoes that have wind speeds of over 150 miles per hour.

These outbreaks typically occur in the midwest, and in the southeast, like we saw in April 2011. The last really bad outbreak like this was in 1974, and that ended up killing about 315 people. What that says to me is that this 2011 outbreak was really remarkable.

Masters told us the when he looks back to last year, 2010, he sees some really remarkable weather and climatic conditions that have no precedent over the past 150 years of weather history. For example, he said:

Well, 2010 was tied for the warmest year on record, globally.

It had the most extreme circulation in the Arctic on record. And that extreme circulation allowed some cold air to spill southward, causing some of these incredible snowstorms that we had – for example, “snowmagedden” or two feet of snow in Baltimore. That extreme Arctic circulation also allowed some of the warmest temperatures ever observed in the Arctic to occur in the winter. We had kind of an upside-down winter in North America. Canada had its warmest winter on record, and driest, in 2009 and 2010. But the U.S. had its coldest winter in 25 years. Now that’s really strange.

Another weird thing happened in 2010. We had the wettest year on record, globally, over land areas. We had the quietest global hurricane season on record. Normally, we get about 92 tropical storms, globally. But in 2010 we had only 68 of these.

That speaks to me that the entire weather circulation of the atmosphere is doing some very unusual and unprecedented things. And that’s the kind of thing you would expect to observe if the climate were starting to transition to a new state. So I don’t think every year is going to be as extreme and wild as this one. But I think the odds of those kind of years happening in the future will be steadily increasing.