Is El Nino here? Not quite yet, scientists say

Despite warm waters in the equatorial Pacific Ocean, the latest update from NOAA explains why El Nino has still not fully developed.

El Nino, a phase of warm sea surface temperatures in the central and eastern equatorial Pacific, is not quite here, scientists have concluded in their latest status update that was issued on December 4, 2014. Currently, there is a 65% chance that El Nino will develop this winter and last until spring. If El Nino does develop, it is expected to be weak. 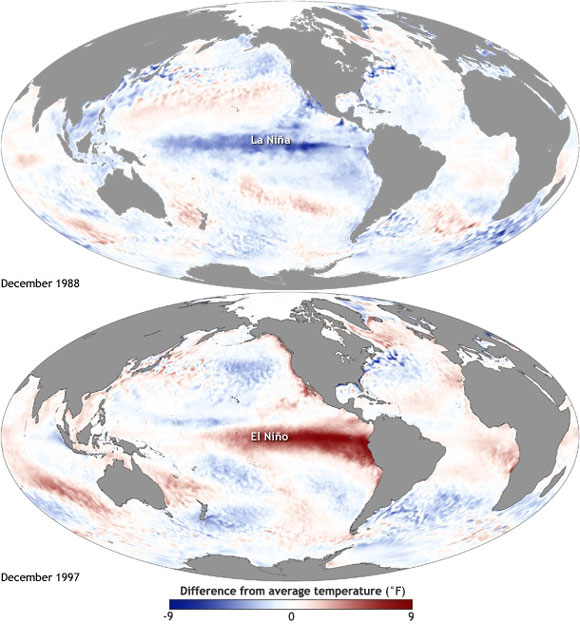 Next month could be a different story.

The El Nino status reports (pdf) are issued the first Thursday of every month by the National Oceanic and Atmospheric Administration’s (NOAA’s) Climate Prediction Center, which is part of the National Weather Service.

Bottom line: The latest status update from NOAA that was issued on December 4, 2014 indicates that a full blown El Nino event still has not developed in the equatorial Pacific Ocean. Currently, there is a 65% chance that El Nino will develop this winter and last until spring. If El Nino does develop, it is expected to be weak.

2014 shaping up to be warmest year on record

Everything you need to know: December solstice 2014