It is illegal to own a boa constrictor on Puerto Rico. Scientists are trying to figure out where these snakes are coming from.

Scientists have found that invasive boa constrictors are spreading across the island of Puerto Rico. A new genetic analysis suggests that people may be facilitating the dispersal of snakes along roadways, possibly during the shipment of agricultural products. The research was published on November 29, 2012 in the journal Biological Invasions.

Exotic boa constrictors are believed to have been accidentally released to the western Puerto Rican municipality of Mayagüez during the early 1990s. Boa constrictors can grow up to 13 feet (4 meters) in length. They feed on rodents, birds, bats, lizards and amphibians. In areas where boa constrictors are not native species, they have the potential to negatively impact biodiversity.

In 2011, wildlife officials found several boa constrictors along roadways far from Mayagüez. To help slow the spread of the invasion, scientists used a genetic analysis to try to pinpoint the source of the expanding snake population. Specifically, they wanted to know if the snakes were dispersing from the Mayagüez population or if they were continuing to be introduced to the island through releases from the illegal pet trade practice. It is illegal to own a boa constrictor on Puerto Rico.

Scientists analyzed the DNA from a total of 37 boa constrictors captured on the island of Puerto Rico. Of these snakes, 32 were collected from Mayagüez, 3 were captured along roadways outside of Mayagüez and 2 were confiscated pets.

They found that the dispersing snakes captured along roadways were genetically very similar to the snakes collected from Mayagüez. The scientists think that people may be facilitating the dispersal of snakes along roadways, possibly during the shipment of agricultural products. 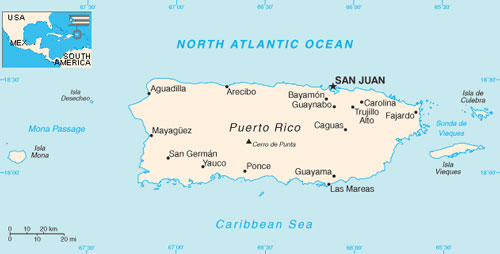 Knowledge of how the snakes are being dispersed on the island will likely be very valuable for designing future mitigation measures to help prevent the spread of this invasive species. Additionally, this research highlights how genetic analyses can provide important insights into the process of biological invasions.

Marcia McNutt, Director of the U.S. Geological Survey (USGS), commented on the findings in a press release. She said:

Experience has shown that island ecosystems are particularly vulnerable to snake invasions, and unfortunately Puerto Rico has no natural predators that can keep the numbers of these prolific, snakes in check. Humans were responsible for introducing this scourge to the island, and are the only hope for mitigating the problem before it is too late for the native species.

Robert Reed, USGS scientist and co-author of the study, also commented on the findings. He said:

We’ve learned from dealing with other invasive snakes that understanding the source of these populations and preventing spread as soon as possible is important to protect ecosystems. Once non-native snakes become established across a large area, especially in densely forested areas, they become much more difficult to find and almost impossible to eradicate.

Bottom line: Scientists have found that non-native boa constrictors are spreading across the island of Puerto Rico. A new genetic analysis suggests that people may be facilitating the dispersal of snakes along roadways, possibly during the shipment of agricultural products. The research was published on November 29, 2012 in the journal Biological Invasions.

Are we experiencing an invasional meltdown?

State of the lake: Aquatic invasive species in Lake Huron