Intense season for Amazon fires ahead?

Scientists working with a seasonal fire forecast say the recent El Niño’s long-lasting effects may cause an intense fire season in the Amazon in 2016. 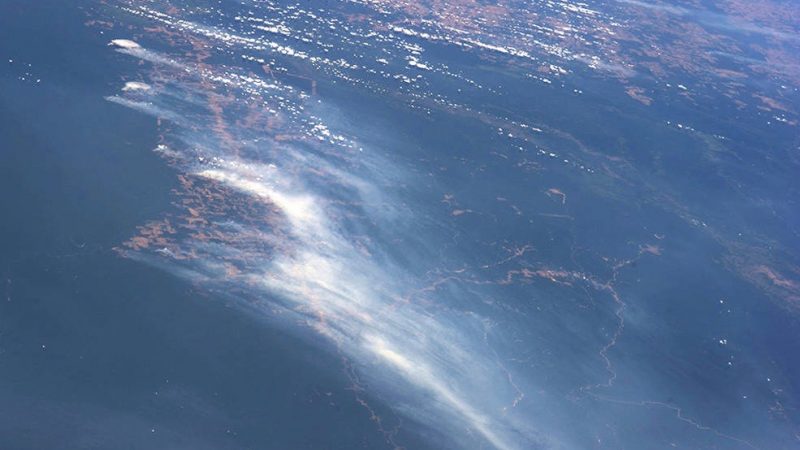 Astronaut photo from the ISS in August, 2014 shows smoke from multiple fires in the Mato Grosso region of Brazil (both a forested and a deforested region). Image via NASA.

NASA scientists said in late June, 2016 that the wildfire risk in the Amazon rainforest this year – during the dry season months of July to October – now exceeds fire risk in 2005 and 2010. Those were drought years when wildfires burned large areas of Amazon rainforest. The recent exceptionally strong El Niño has created extremely dry conditions in the Amazon, these scientists said, even drier than 2005 and 2010. Doug Morton, an Earth scientist at NASA’s Goddard Space Flight Center who helped create the fire forecast, commented:

Severe drought conditions at the start of the dry season set the stage for extreme fire risk in 2016 across the southern Amazon.

A story about this issue at NASA’s Goddard Space Flight Center described the fire forecast and explained why scientists expect 2016 to be a tough fire year in the Amazon:

Developed in 2011 by scientists at University of California, Irvine [UC-Irvine] and NASA’s Goddard Space Flight Center, the forecast model is focused particularly on the link between sea surface temperatures and fire activity.

Warmer sea surface temperatures in the tropical Pacific (El Niño) and Atlantic oceans shift rainfall away from the Amazon region, increasing the risk of fires during dry season months.

On a scale of zero to 100, the risk of severe fire activity in July, August and September is high for six states in Braxil (Acre, Amazonas, Maranhao, Mato Grosso, Para and Rondonia), three departments in Bolivia (El Beni, Pando, and Santa Cruz), and one country (Peru). Image via Yang Chen, University of California, Irvine / NASA.

The team has also developed a web tool to track the evolution of the Amazon fire season in near real time. Estimated fire emissions from each forecast region are updated daily, based on the relationship between active fire detections – made by the MODerate resolution Imaging Spectroradiometer on the Terra satellite – and fire emissions data from the Global Fire Emissions Database in previous years.

So far, the region has seen more fires to date than those years, another indicator that aligns with the fire severity forecast.

NASA said that its scientists and those at UC-Irvine have worked with South American officials and scientists to make them aware of the forecast in recent years. 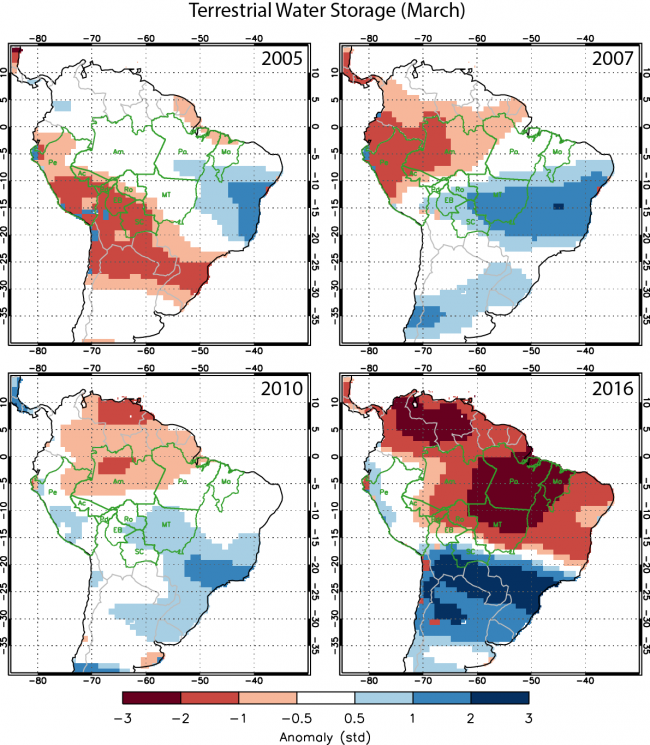 Bottom line: Scientists at NASA and UC-Irvine – who create a seasonal fire forecast – expect an intense fire season in the Amazon rainforest in 2016