Multi-decade study reveals changes in Antarctica’s Dry Valleys and suggests “significant transformations of Antarctic ecosystems are underway now and will continue to be affected by future climate events.” 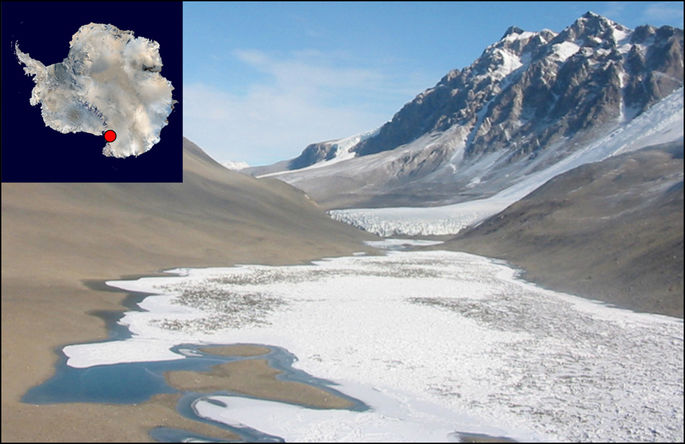 The MDV landscape (from authors’ archive) with inset of location on the Antarctic continent. Image via NASA/ Nature Ecology and Evolution.

The study of climate is complex, and scientists are always striving to understand Earth’s climate better. This week, scientists announced the results of new research led by the University of Colorado Boulder, showing that an abnormal season of intense glacial melt in 2002 triggered decade-long changes in the physical and biological characteristics of Antarctica’s McMurdo Dry Valleys. According to the scientists’ statement:

The findings suggest that even abrupt, short-lived climate events can cause long-term alterations in polar regions that unfold over the span of several years and subsequently change the overall trajectory of an ecosystem.

The new research was published August 7, 2017 in the peer-reviewed journal Nature Ecology and Evolution.

The McMurdo Dry Valleys are the largest ice-free region of Antarctica. With their low humidity and scarce precipitation, this region is considered a polar desert. The National Science Foundation has led a research program in the McMurdo Dry Valleys for 25 years, studying long-term changes in this region. The Long-Term Ecological Research (LTER) program has provided a continuous multi-decade record of atmospheric and ecological data from the program’s research site in the Dry Valleys. 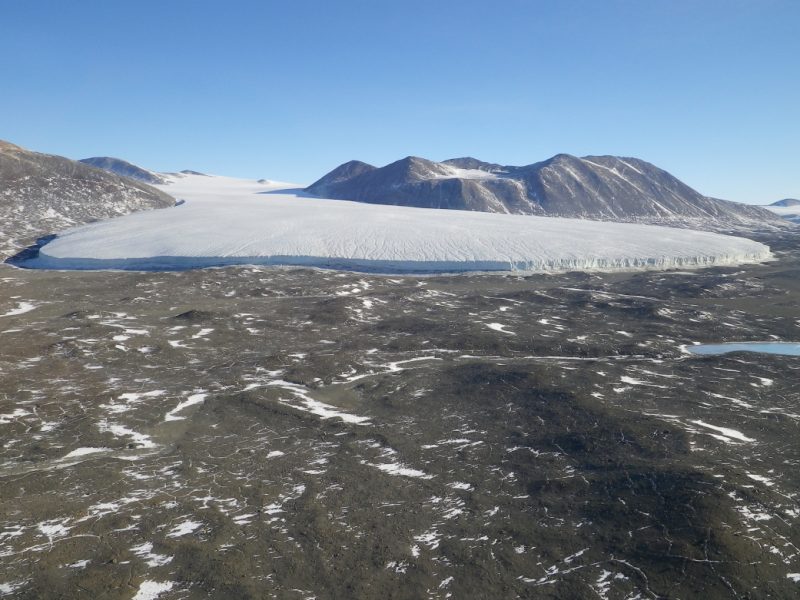 A view of a glacial field near the McMurdo Dry Valleys research site in Antarctica. Photo via Michael Gooseff.

These scientists explained what they’ve observed:

Between 1987 and 2000, the MDV region experienced a period of cooling, during which mean summer temperatures steadily declined while solar radiation gradually increased. The trend resulted in expected changes to most biological variables, including decreased streamflow and increased thickness of permanent ice covers on lakes.

Michael Gooseff, a fellow in CU Boulder’s Institute of Arctic and Alpine Research (INSTAAR) is the lead investigator for the McMurdo Dry Valleys LTER project. He said:

This flood year was the pivot point. Prior to that, all physical and biological indicators had been moving in the same direction.

Instead of a tightly-correlated change, however, biological responses to the 2002 season varied and, in some cases, lagged behind by years, these scientists said. For example, the researchers found that one previously declining dominant soil species increased slowly following the flood year while a rarer species responded more positively to the moisture pulse and saw population increases carry over into subsequent summers. Ross Virginia, director of the Institute of Arctic Studies at Dartmouth College and a co-author of the study, said:

Long-term records are essential to understand how and when communities of organisms might respond together or as individual species when facing abrupt changes in their environment. As climate changes in the dry valleys, these kinds of biotic responses and interactions will shape its future biodiversity.

Paul Cutler, the NSF program officer for the two LTERs in Antarctica, noted that these results underscore the value of gathering data over decadal time scales:

The natural world operates in non-linear ways and on many different time scales, from daily cycles to processes that take centuries. The LTERs are instrumental in measuring and deciphering these complexities in order to inform basic understanding of ecosystem functioning and to refine predictions of the future of critical ecosystems, particularly in areas like the Dry Valleys, which maintain an ancient, but potentially delicate ecological balance.

The findings suggest that significant transformations of Antarctic ecosystems are underway now and will continue to be affected by future climate events. Gooseff explained:

A single extreme melt season led to an asynchronous pattern. It may be the abrupt, short-lived events that occur in response to climate change that cause long-term changes to physical and biological aspects of polar ecosystems.

Blue and white ice in the McMurdo Sound. Image via Walter Andriuzzi/ CSU.