Insects get old before they die

Short-lived insects, like crickets, “get old,” – that is, lose some of their physical abilities – before they die, new research shows. 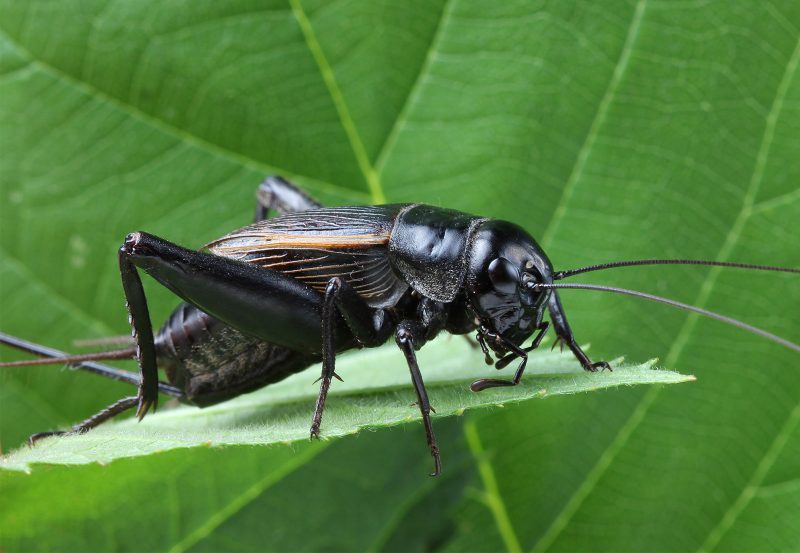 They don’t go gray or get wrinkles around their eyes, but wild crickets do age, says a study. Image via Encyclopedia Brittanica.

A new study suggests that short-lived wild insects get old – that is, lose some of their physical abilities – before they die.

Just like humans, crickets get old. Though we didn’t find evidence of ‘live fast, die young’ in this species, those that put more energy into reproduction early in life showed some signs of faster decline as they aged.

Insects are used to study aging in laboratories, but few studies have examined whether wild insects such as field crickets – whose adult life lasts a few weeks – experience aging in the sense of physical decline. 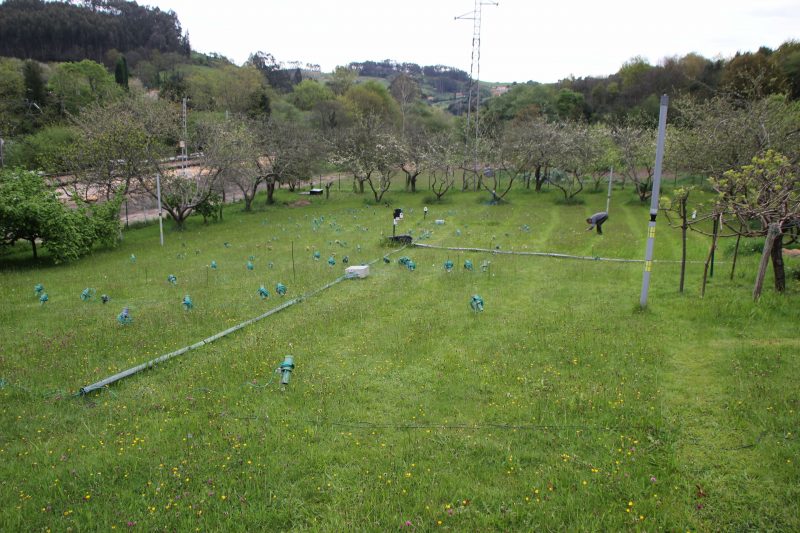 The field where the crickets were studied. Image via wildcrickets.org.

The researchers used a network of more than 130 video cameras to study every hour of the lives of a population of wild crickets in a Spanish meadow. They monitored reproductive effort, aging and survival over a ten-year period. They found that crickets that invested more in reproduction showed more signs of aging – chirping less and losing more fights.

A male cricket fights a rival male to defend his burrow.

There’s a big question in biology about why we fall apart as we get old. In the past, it was thought that there was something inevitable about declining with age. But there has been a shift towards believing this is something we have evolved to do.

Aging may not be about inevitable decline, but about passing our genes on. In other words, we age because – instead of using our energy to maintain ourselves – we put it into reproduction. Selection might favor reproduction – passing on lots of copies of your genes – over simply surviving. 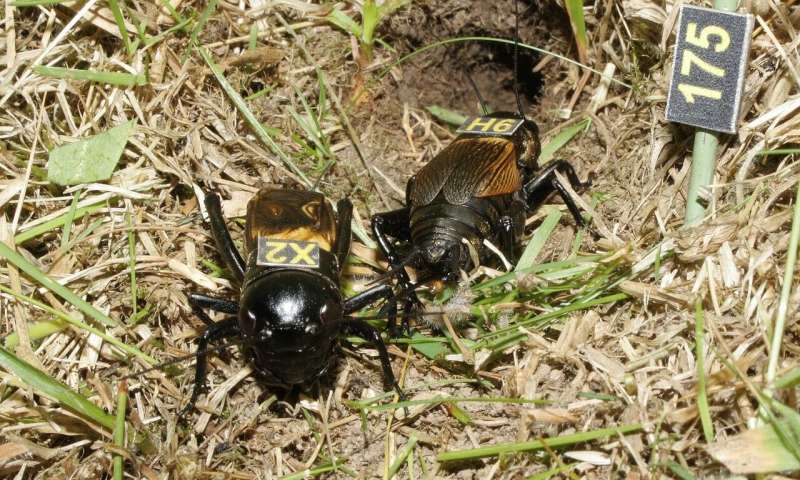 Source: Testing the effect of early life reproductive effort on age-related decline in a wild insect