Insect apocalypse? Not so fast, at least in North America

Recent reports of dramatic declines in insect populations have sparked concern about an ‘insect apocalypse.’ But a new analysis of data from sites across North America suggests the case isn’t proven. 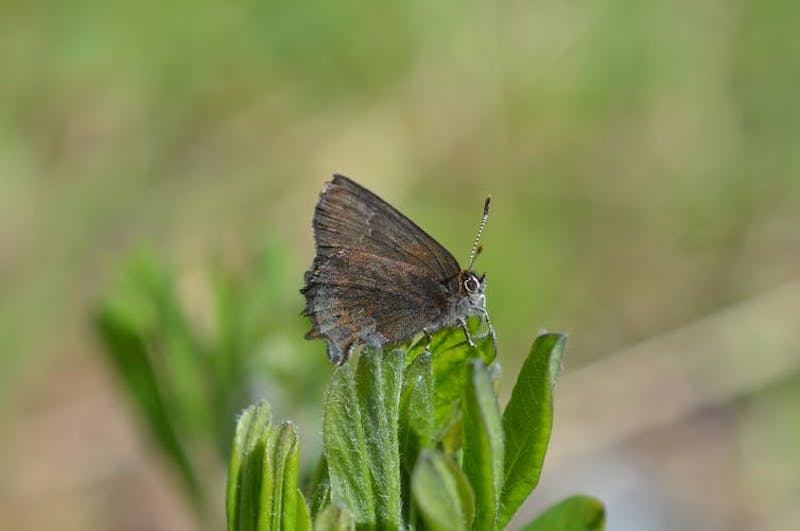 The Texas frosted elfin (Callophrys irus hadros), a small butterfly subspecies found only in Arkansas, Texas, Oklahoma and Louisiana, has lost most of its prairie habitat and is thought to have dramatically declined over the last century. Image via Matthew D. Moran/ The Conversation.

In recent years, the notion of an insect apocalypse has become a hot topic in the conservation science community and has captured the public’s attention. Scientists who warn that this catastrophe is unfolding assert that arthropods – a large category of invertebrates that includes insects – are rapidly declining, perhaps signaling a general collapse of ecosystems across the world.

Starting around the year 2000, and more frequently since 2017, researchers have documented large population declines among moths, beetles, bees, butterflies and many other insect types. If verified, this trend would be of serious concern, especially considering that insects are important animals in almost all terrestrial environments.

But in a newly published study that I co-authored with 11 colleagues, we reviewed over 5,000 sets of data on arthropods across North America, covering thousands of species and dozens of habitats over decades of time. We found, in essence, no change in population sizes.

These results don’t mean that insects are fine. Indeed, I believe there is good evidence that some species of insects are in decline and in danger of extinction. But our findings indicate that overall, the idea of large-scale insect declines remains an open question.

For most scientists, the idea of disappearing insects is a foreboding prospect that would have harmful repercussions for all aspects of life on Earth, including human well-being.

But some scholars were skeptical of the reported insect apocalypse. A number of studies that showed broad declines were limited geographically, focusing mainly on Europe. Typically these studies analyzed only a few species or groups of species.

Insects have evolved adaptations that enable them to live in a huge range of environments around the globe.

Some particularly long-running assessments showed that declines in the past 30 years occurred after periods when the relevant insect populations increased. Many insect populations are known to naturally fluctuate, sometimes dramatically.

Many scientists concluded that while the prospect of mass insect losses was concerning, the jury was still out on what was actually happening.

Ecologist Bill Snyder and I thought that the studies suggesting widespread insect die-offs produced an intriguing pattern with important ramifications, but that the evidence wasn’t strong enough yet to draw conclusions. We wanted to examine what was happening in North America, which has an immensely diverse landscape and, surprisingly to us, had not been broadly analyzed for insect declines.

For our study, we decided to use data from sites in the Long Term Ecological Research network, which is supported by the National Science Foundation. The network includes 28 sites across the U.S. that have been studied in depth since the 1980s, and covers deserts, mountains, prairies and forests. With almost 40 years of data collected, we hoped trends at these sites would be a good complement to European insect studies. 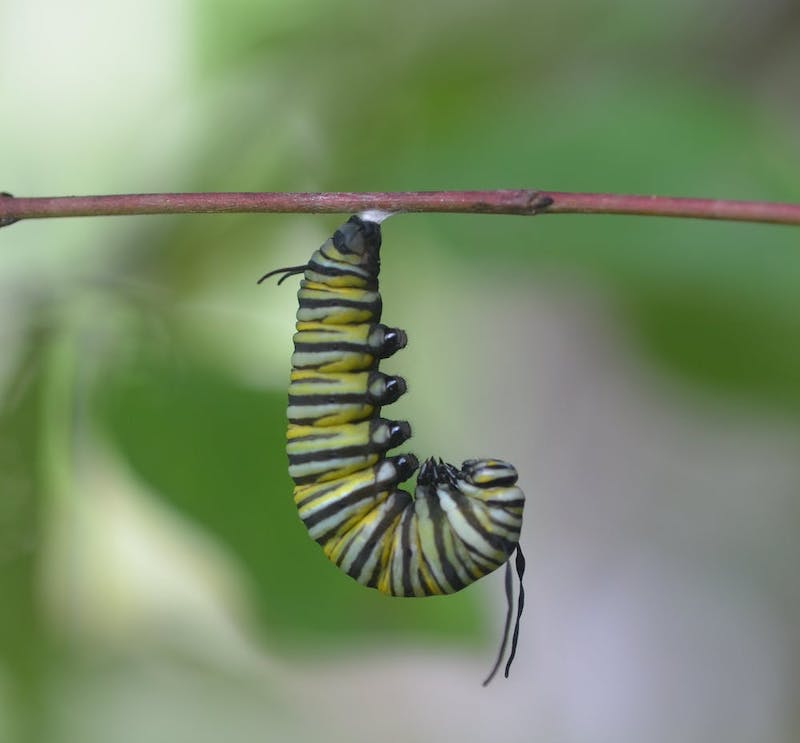 Monarch Butterfly (Danaus plexippus) larva preparing to pupate, or transform physically into a butterfly. This highly migratory species has declined across parts of its North American range in recent years. Image via Matthew Moran/ The Conversation.

We put together a 12-person team that included six undergraduate students, post-doctoral scholars Michael Scott Crossley and Amanda Meier, and colleagues from the U.S. Department of Agriculture. When we finished compiling our data sets, at least some of us expected to see broad insect declines.

Instead, the results left us perplexed. Some species we considered declined, while others increased. But by far the most common result for a species at a particular site was no significant change. The vast majority of our species had stable numbers.

But the answer remained the same: no change. We had to conclude that at the sites we examined, there were no signs of an insect apocalypse and, in reality, no broad declines at all. 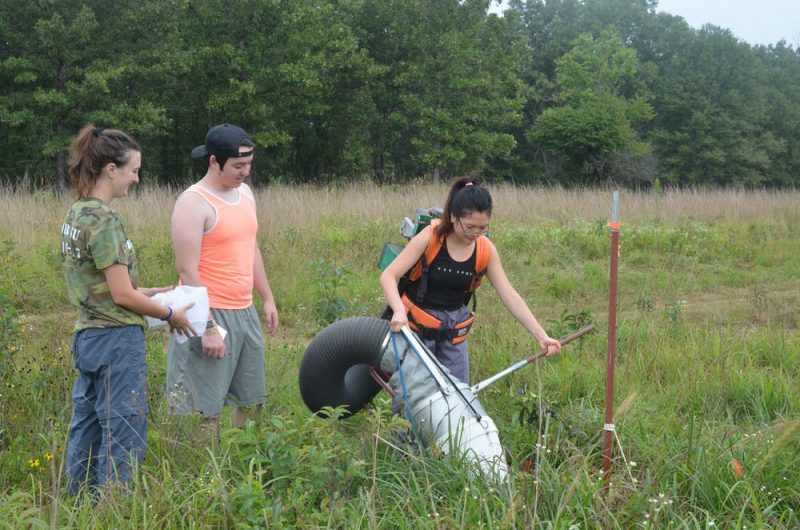 We are confident in our analysis and our conclusion, but a more important question is why our results are so different from those of other recent studies. I see two potential explanations: location and publication bias.

As I have noted, most insect decline papers have come from European data. Indeed, Europe has better and more extensive long-term data than other parts of the world. It is also one of the most densely populated parts of the world – three times higher than North America.

Moreover, almost all of Europe’s land has been modified for human use. Agriculture is widespread and intense, and cities and suburban areas cover large swaths of the landscape. So perhaps it is unsurprising that Europe has also lost a larger proportion of its wild creatures compared to North America.

Publication bias is not about dishonesty or false results. It refers to the idea that more dramatic results are more publishable. Reviewers and journals are more likely to be interested in species that are disappearing than in species that show no change over time.

Just got rejected from a top journal because our findings aren't surprising enough. "Are there any counterintuitive or unexpected findings that the authors could highlight more? If not, the paper feels like it's a documentation of things we would already expect." #publicationbias pic.twitter.com/4BuPlWBTaW

The result is that over time, declining species can become overrepresented in the literature. Then, when scholars go looking for papers on animal populations, declines are predominantly what they find.

We selected Long-Term Ecological Research sites for our analysis in part because they had “raw” data available that had not been peer reviewed for publication and were not collected in anticipation of finding declines. Rather, scientists amassed these data to monitor ecosystems and observe trends over time. In other words, it was unbiased data. And because the data sets were so varied, they covered a broad range of species and habitats.

The future of insects

Our study will not be the final answer. As the human population continues to grow and appropriates an ever larger share of the world’s land, water, space and biomass, other species can only retreat and survive with fewer resources. I have no doubt that every time a forest is cut, a prairie is plowed or a field is paved, the world loses some of its animal and plant life.

Quantifying this process will require more monitoring, more conservation biologists working in the field and more awareness of how human actions affect Earth’s biodiversity. But it may be possible that insects, who have survived for millions of years through a great many biological catastrophes, are finding a way to survive our presence too.

Bottom line: Although recent reports of dramatic declines in insect populations have sparked concern about an ‘insect apocalypse.’ a new analysis of data from sites across North America suggests the case isn’t proven.