Ice shelves in Antarctica are like conveyor belts, continually carrying ice to the sea. Scientists have found hidden canyons on their undersides that may affect the shelves fragility.

ESA said on October 11, 2017 that its CryoSat and Sentinel-1 missions have discovered huge canyons cutting through the underside of ice shelves in Antarctica. The ice shelves are the conveyor belts, by which snow that falls in Antarctica ultimately makes its way back to the sea. The large ice shelves now feeding into the ocean surrounding this southernmost continent are known to be fragile, as evidenced, for example, by the giant iceberg A68, seen in July to have broken off Antarctica’s Larsen C ice shelf. As explained in the video above, ESA said the submerged canyons make them even more fragile, potentially. And so in Antarctica, as elsewhere on Earth, scientists are using satellite technology and other advancing technologies to understand how nature works.

The ice sheet that covers Antarctica is, by its very nature, dynamic and constantly on the move. Recently, however, there has been a worrying number of reports about its floating shelves thinning and even collapsing, allowing the grounded ice inland to flow faster to the ocean and add to sea-level rise …

There are huge inverted canyons in the underside of ice shelves, but little is known about how they form and how they affect the stability of the ice sheet. 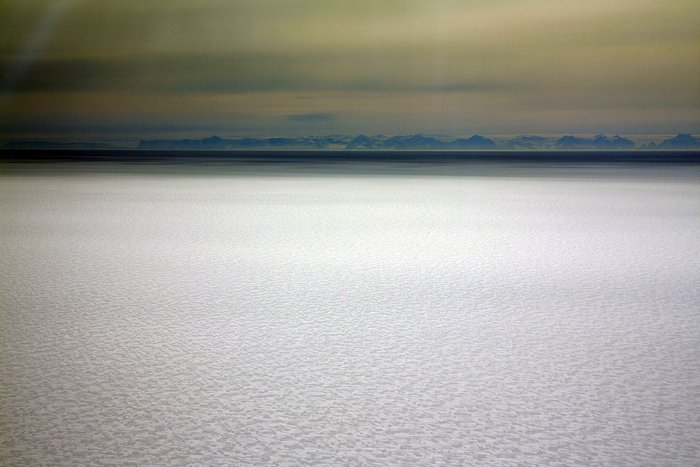 From above, Antarctic ice shelves appear flat, but there may be hidden canyons below. Image via ESA.

Researcher Noel Gourmelen from the University of Edinburgh explained:

We have found subtle changes in both surface elevation data from CryoSat and ice velocity from Sentinel-1 which shows that melting is not uniform, but has centred on a 5 km-wide channel that runs 60 km along the underside of [the Dotson ice shelf in West Antarctica.]

Unlike most recent observations, we think that the channel under Dotson is eroded by warm water, about 1°C, as it circulates under the shelf, stirred clockwise and upward by Earth’s rotation.

Revisiting older satellite data, we think that this melt pattern has been taking place for at least the entire 25 years that Earth observation satellites have been recording changes in Antarctica.

Over time, the melt has calved in a broad channel-like feature up to 200 m deep and 15 km across that runs the entire length of the underside of Dotson ice shelf.

We can see that this canyon is deepening by about 7 meters [23 feet] a year and that the ice above is heavily crevassed.

Melt from Dotson ice shelf results in 40 billion tonnes of freshwater being poured into the Southern Ocean every year, and this canyon alone is responsible for the release of four billion tonnes – a significant proportion.

The strength of an ice shelf depends on how thick it is. Since shelves are already suffering from thinning, these deepening canyons mean that fractures are likely to develop and the grounded ice upstream will flow faster than would be the case otherwise.

It is the first time that we’ve been able to see this process in the making and we will now expand our area of interest to the shelves all around Antarctica to see how they are responding. 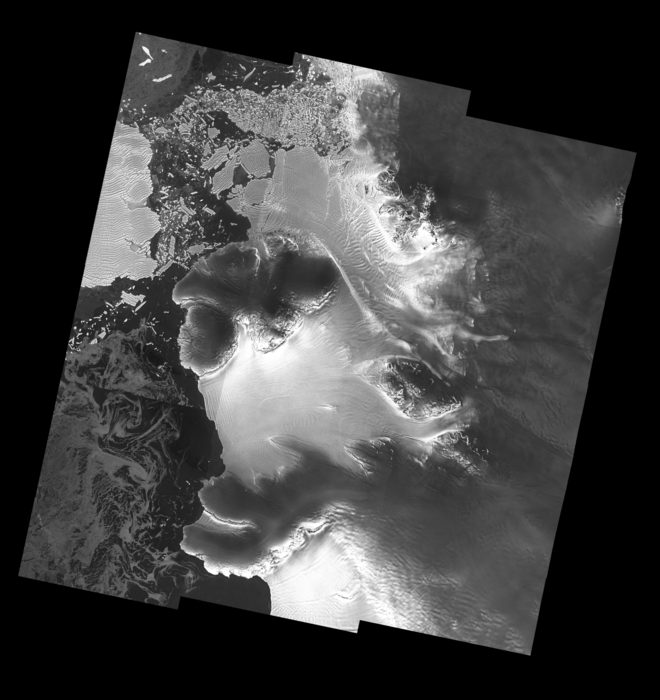 Bottom line: Scientists are using data from the CryoSat and Sentinel-1 satellite missions to explore the hidden undersides of ice shelves in Antarctica. They’ve found huge canyons there, which may affect the ice shelves fragility.