Over the past 14,000 years, penguin numbers in East Antarctica increased 135-fold because of disappearing glaciers and sea ice. How long can populations keep growing? 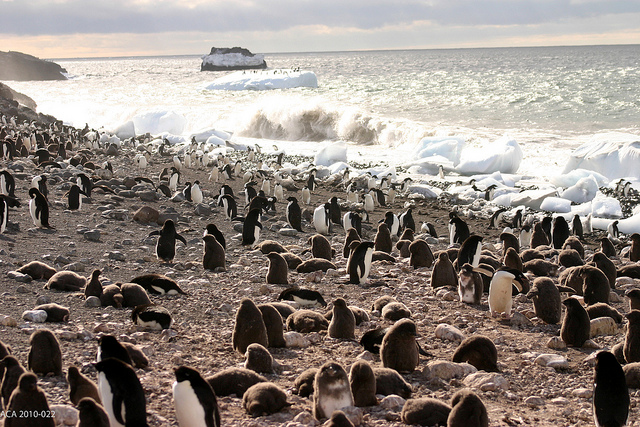 New research that used mitochondrial DNA from living Adélie penguins to retrace the birds’ demographic history for the past 22,000 years revealed that the numbers of penguins swelled as Earth thawed from the last ice age. The study suggests that as Antarctic glaciers and sea ice shrink as global temperatures rise, Adélie penguins can thrive in a less icy Antarctic landscape, but for how long is unclear.

The study, published November 19, 2015 in BMC Evolutionary Biology, found that the penguins’ abundance grew pretty much in reverse proportion to the decline of Antarctic glacial and sea ice following the last ice age. Over the past 14,000 years, the East Antarctic population increased 135-fold, reports the researchers. 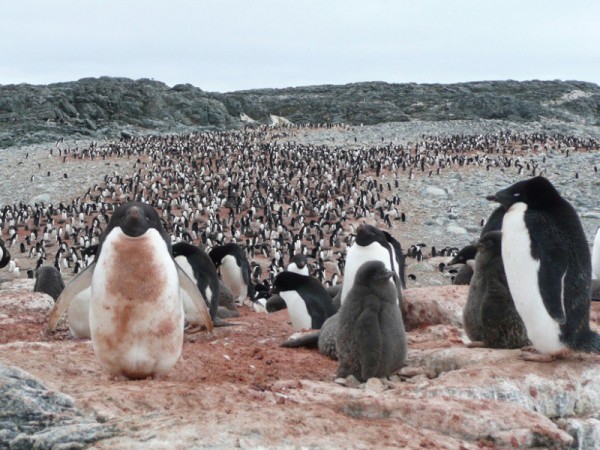 Adélie penguins live along much of Antarctica’s coast. The penguins need three environmental conditions to flourish, said Steven Emslie, an ornithologist from the University of North Carolina:

They need ice-free terrain for their nests, they need open water access to their beaches, and they need a consistent food supply so they can forage and return to their colonies.

East Antarctica met those conditions, says the study, as glacial ice retreated inland and sea ice melted from penguin foraging grounds. In the past 30 years, as climate change ramped up and conditions continued to improve for the penguins, the Adélie population nearly doubled. Scientists estimate the current Adélie population at around 1.14 million breeding pairs, with 30% of them coming from the East Antarctic region. Emslie said:

But, the researchers say, even though the East Antarctic Adélie penguin population has grown abundantly, that doesn’t necessarily mean the population will continue to do so. Scientists don’t know how the penguin’s prey, Antarctic krill, will react to warming temperatures, and the temperatures might become too warm for the penguins themselves. Emslie said:

The warming trend does reach a threshold where it can be beneficial at first but then start having negative impacts.

Bottom line: A new study published November 19, 2015 in BMC Evolutionary Biology, found that populations of Adélie penguins in East Antarctica grew pretty much in reverse proportion to the decline of Antarctic glacial and sea ice following the last ice age.