I saw an upside-down rainbow. What is it?

Circumzenithal arcs have been described as upside-down rainbows or “a grin in the sky.” They’re wonderful! See photos here. 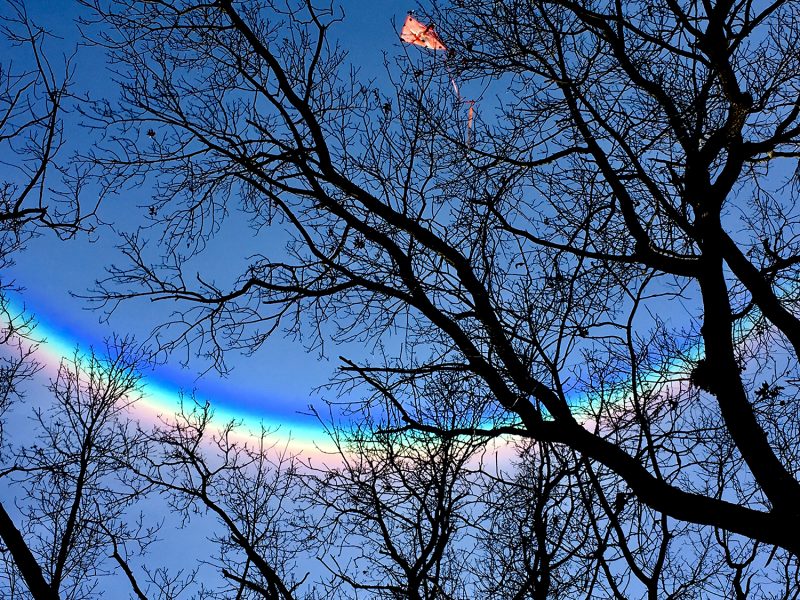 David Lamberti caught this circumzenithal arc in 2019. Notice the kite in the tree! He wrote: “It was a beautiful January day in southeast Michigan. I looked up, and there it was, a beautiful circumzenithal arc. It was enormous, and the colors were very deep. It faded within 5 minutes.” Thank you, David!

People who look up might occasionally see the rainbow-like arcs depicted in the photos on this page. They’re called circumzenithal arcs, and they’re not really rainbows. Instead, they’re caused by ice crystals in the upper atmosphere. These arcs are related to the frequently seen halos around the sun or moon. Les Cowley of the great website Atmospheric Optics says of these graceful and colorful arcs:

The circumzenithal arc, CZA, is the most beautiful of all the halos. The first sighting is always a surprise, an ethereal rainbow fled from its watery origins and wrapped improbably about the zenith. It is often described as an ‘upside-down rainbow’ by first-timers. Someone also charmingly likened it to ‘a grin in the sky.’

Look straight up near to the zenith when the sun is fairly low and especially if sundogs are visible. The center of the bow is always sunwards and red is on the outside.

Les says that the most ideal time to see a circumzenithal arc is when the sun is at a height of 22 degrees in the sky. Look here to see Les Cowley’s illustration of the various kinds of halo phenomena related to circumzenithal arcs. And enjoy the photos below, contributed by members of the EarthSky community. Thanks to all who contributed! 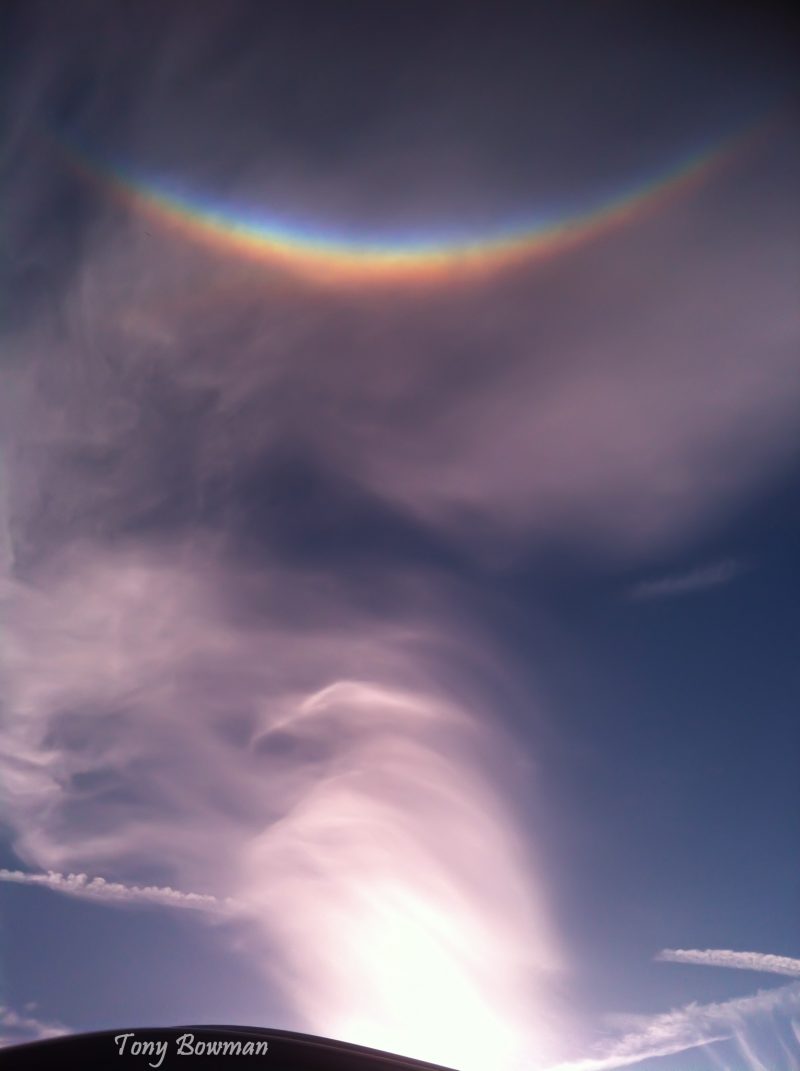 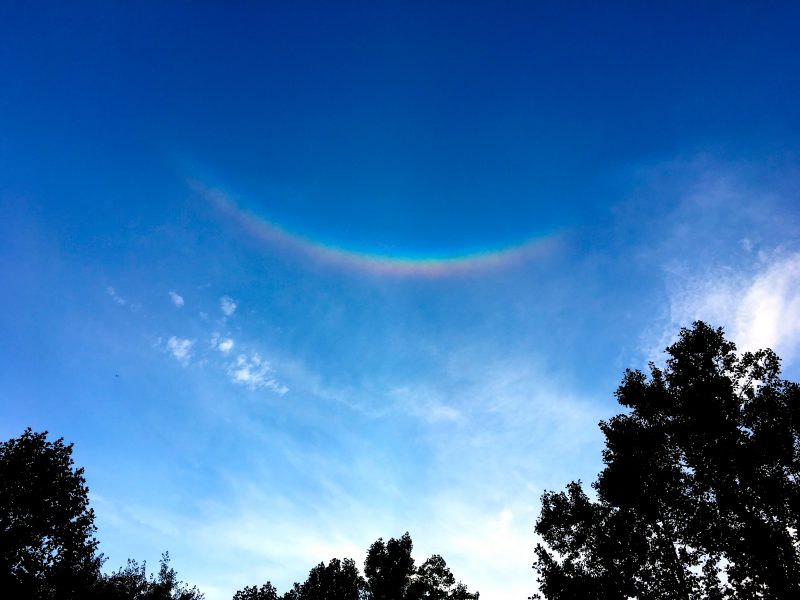 Patricia Chambers caught this circumzenithal arc from Potomac, Maryland, on August 5, 2016. She wrote: “It had rained not too long before I took the pic. I went out in my deck and saw an unbelievable sight – an upside-down rainbow! I was truly mesmerized … Enjoy!” 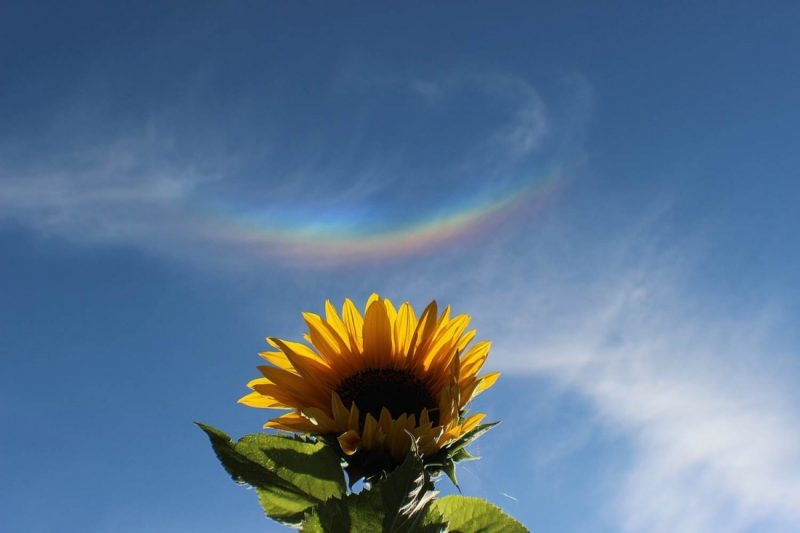 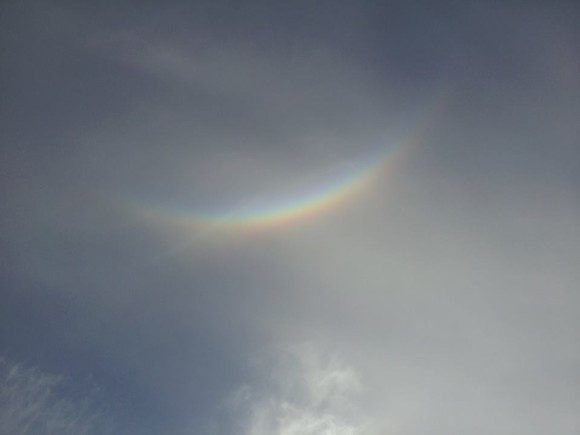 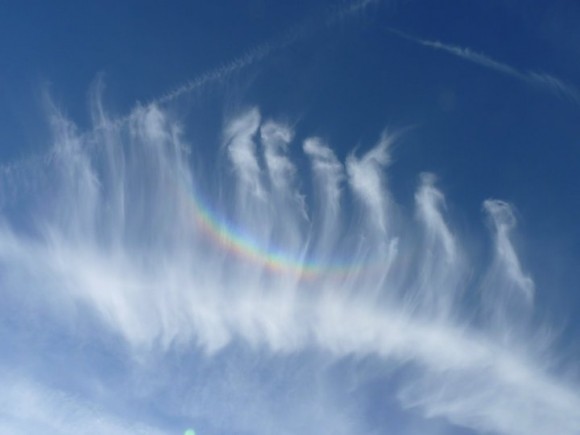 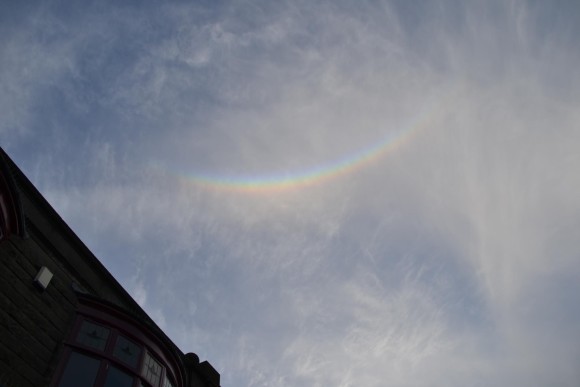 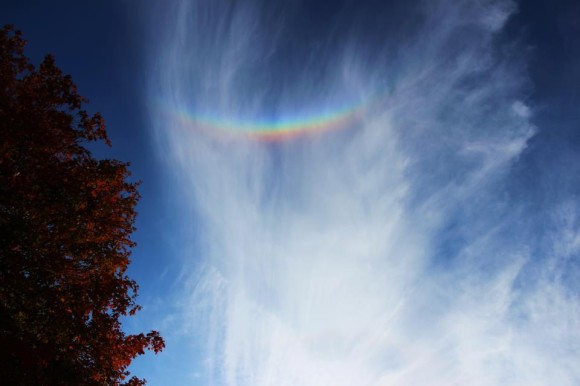 John Gravell captured this circumzenithal arc from Boston on October 17, 2012. 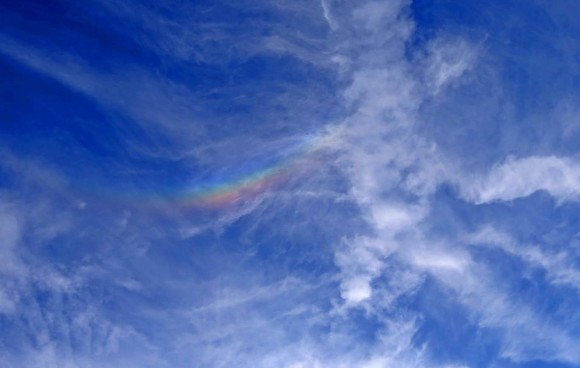 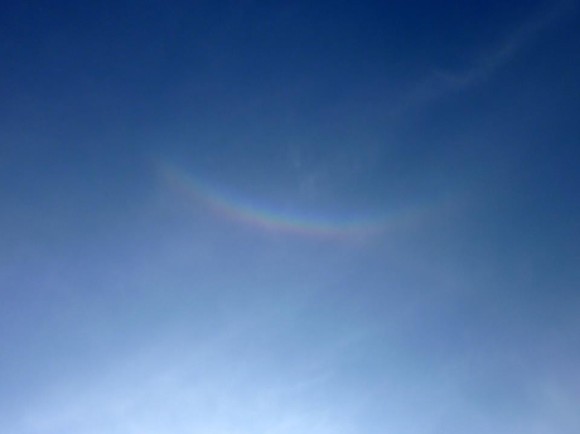 Rene Pennings captured this circumzenithal arc on May 21, 2012. 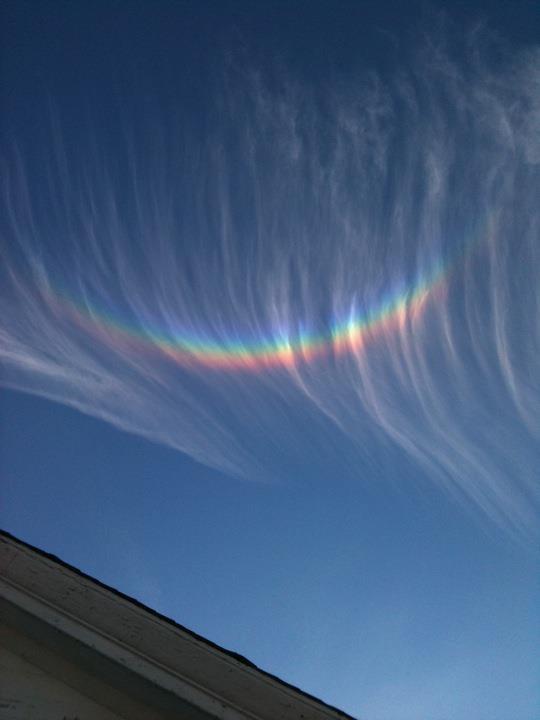 A lovely circumzenithal arc amidst high clouds by Dudley Williams on December 18, 2011. 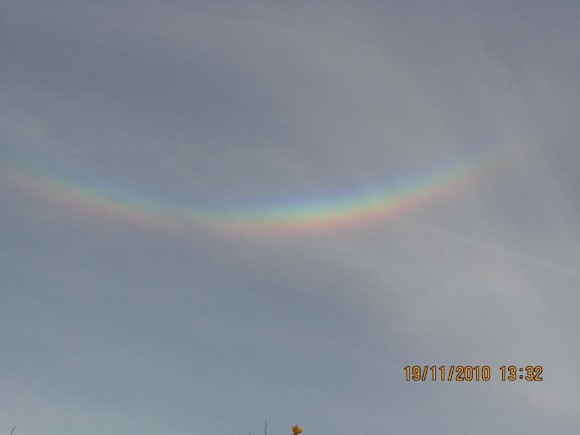 Andrew R. Brown caught a circumzenithal arc in Ashford Kent in the UK, on November 19, 2010.

Bottom line: When you see what looks like an upside-down rainbow, you’re likely seeing a circumzenithal arc. It’s related to the halos often seen around the sun or moon, caused by ice crystals in the upper atmosphere.