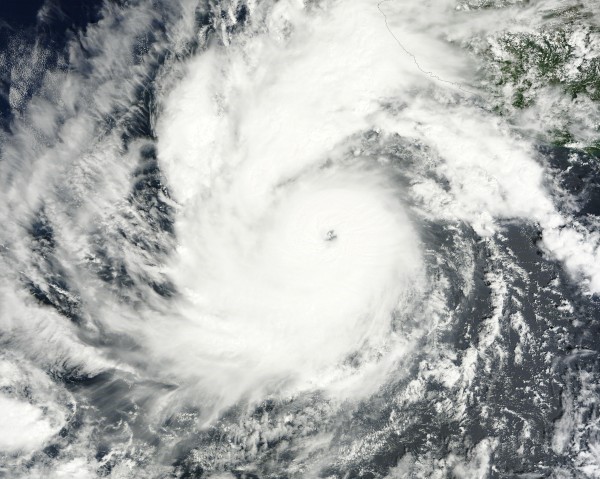 Hurricane Jova, the 9th named storm of the 2011 eastern Pacific hurricane season, will be pushing northeast into the southwestern coast of Mexico later tonight (October 11, 2011) and into Wednesday morning. It’s expected to provide heavy rains and possible mudslides across the region.

Here’s the forecast track for Jova: 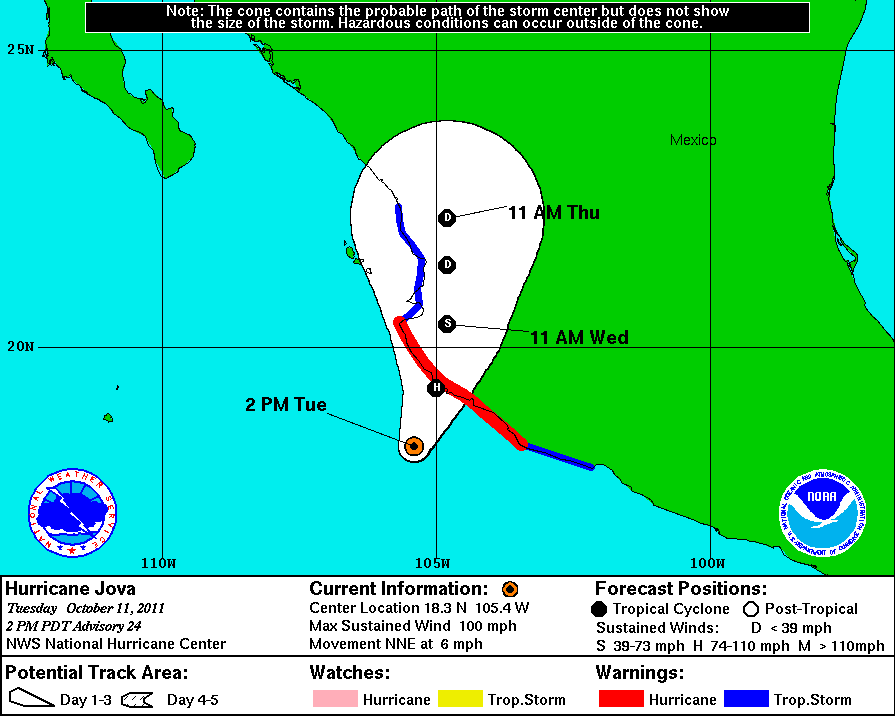 Hurricane Jova briefly became a Category 3 hurricane with winds around 125 miles per hour (mph) on October 10, 2011.  Jova will be encountering mountainous terrain across Mexico, which should disrupt the organization of the storm as it pushes inland.  The storm weakened into a Category 2 storm on October 11, 2011 with winds around 100 mph.  Jova is expected to push between Manzanillo and Puerto Vallarta, Mexico early Wednesday morning. The storm is expected to slow down and practically dissipate as the mountainous terrain will destroy the system.  Rainfall totals could range from 6 to 12 inches with some areas possibly seeing 20 inches around Michoacan, Colima, Jalisco, and Nayarit. With this in mind, the biggest threat from Jova will be torrential rains, flooding, and mudslides across this region. 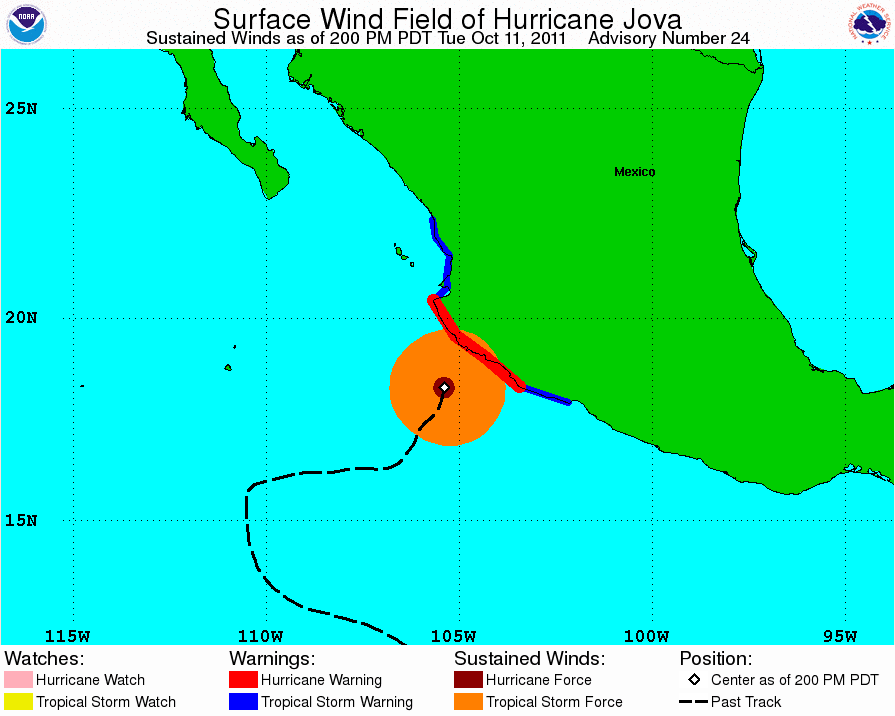 Graphic shows that hurricane force winds only extend 15 miles away from the center of the storm. Image Credit: National Hurricane Center

Hurricane force winds (74 mph or stronger) only extend 15 miles away from the center of this storm, while tropical storm winds of 39 mph or greater extend 105 miles away from the center.  Winds should greatly diminish once the center of the storm moves inland.  Rainbow imagery (image below) indicates that the eye of the storm is no longer visible, and that some wind shear is affecting the system’s overall structure.  All of this is great news, and the weakening trend should continue overnight. It is very possible that Jova will weaken into a Category 1 hurricane with winds around 85 mph before it makes landfall late tonight into Wednesday morning.

Overall, hurricane Jova is a Category 2 hurricane with winds around 100 mph.  Jova is weakening and is pushing northeast into Mexico. It should make landfall somewhere between Manzanillo and Puerto Vallarta, Mexico. The biggest threats from this storm will be flooding and mudslides as it moves slowly over land.  Jova should dissipate over the mountainous terrain of Mexico in a couple of days.  Until then, it will be a stormy couple of days for parts of the southwest coast of Mexico.