National Weather Service in Tallahassee reported that Hermine made landfall east of St. Marks, near Tallahassee, early Friday morning as a Category 1 hurricane. 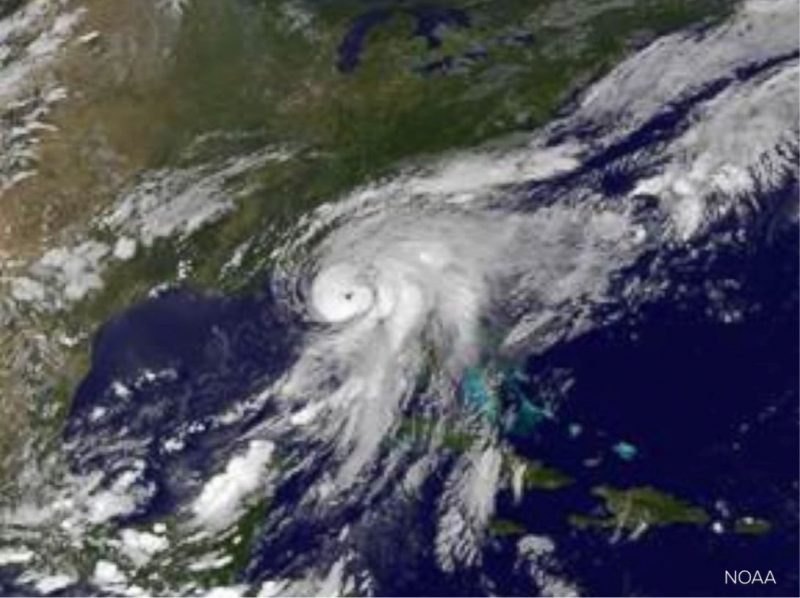 More than 70,000 Tallahassee residents were left without power on Friday (September 2, 2016) as Hurricane Hermine struck Florida’s coast. It was a Category 1 hurricane when it struck about 1:30 a.m. ET (0530 UTC), with the National Weather Service in Tallahassee reporting sustained winds of 80 miles per hour (129 km/hr). By 5 a.m. ET, the storm had weakened enough to be downgraded to a tropical storm as it moved inland. A tornado watch was issued for areas in northern Florida, as well as southern Georgia. Meanwhile, Hurricane Lester – a Category 3 hurricane – continues to move toward Hawaii.

In a 5 a.m. ET advisory, the National Hurricane Center said that Hermine is weakening while moving farther inland but:

AP reported projected storm surges of up to 12 feet (3.6 meters) menaced a wide swath of the coast and an expected drenching of up to 10 inches (25 cm) of rain. Thunderstorm activity has also been observed along the northern edge of Hermine, in a line from northern Georgia through South Carolina. 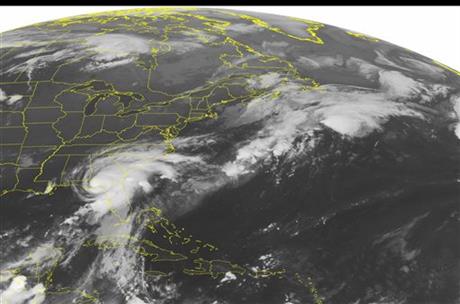 The National Hurricane Center added that Hermine is moving toward the north-northeast near 14 mph (22 km/h)
and this motion is expected to continue today and Saturday:

On the forecast track, the center of Hermine should continue to move farther inland across southeastern Georgia today and into the Carolinas tonight and Saturday.

The total outages equal about 60 percent of the city’s utility customers.

Gusts of winds up to 50 mph have sidelined city utility crews, who are waiting for winds to subside below 30 mph before going back to work.

Rob McGarrah, general manager of the city’s electric utility, said it could be days before some customers will see power in their homes. Crews, he said, will have a better idea of the storm’s impact in the morning.

Last time a hurricane made landfall in Fla, we weren't talking about it on Twitter! It started in 2006! #Hermine https://t.co/mg7RbFgixz