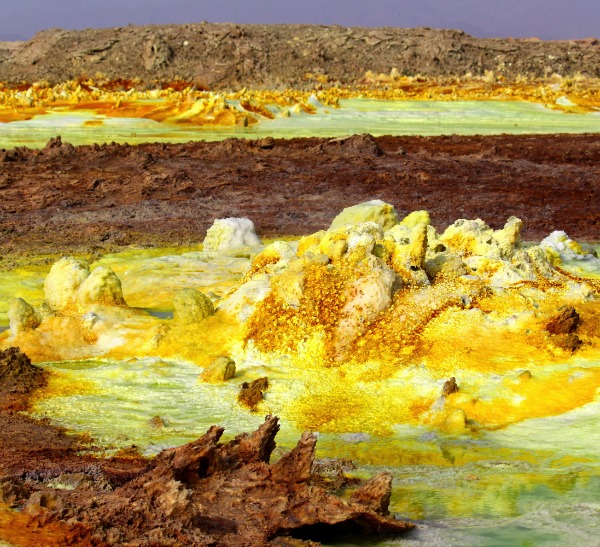 Hydrothermal system at the Danakil Depression. The yellow deposits are a variety of sulphates and the red areas are deposits of iron oxides. Copper salts colour the water green. Image via Felipe Gomez/Europlanet 2020 RI

The Danakil Depression in Ethiopia is one of the most inhospitable places on Earth. It’s a geological depression resulting from the coming together of three tectonic plates in the Horn of Africa (a peninsula in northeast Africa). Water at near-boiling temperatures bubbles up from underground, high salt concentrations create multi-colored structures, and chlorine and sulphur vapor fogs the air. And yet life – extreme forms of life – survives there.

On April 26, 2016, Europlanet – which links research institutions and companies active in planetary research in Europe and around the world – announced that researchers who carried out the first investigation into the site’s geology, mineralogy and biology, have found that the Danakil Depression hosts at least three extreme ecosystems. The researchers say these extreme-loving lifeforms have the potential to help us understand how life might arise on other planets and moons.

Felipe Gómez, of the Centro de Astrobiologia (INTA-CAB) in Madrid, led an expedition to this area in early April. The expedition was part of Europlanet’s 2020 Research Infrastructure. He said in a statement:

It is an amazing but hostile place – the temperatures were 42 degrees Celsius [107 degrees F.] during the day and 30 degrees [mid-80s F.] at night, and the chlorine vapor burned our airways.

In recent decades, scientists have learned that life can survive and even thrive in Earth’s most inhospitable places. According to a NASA website, some lifeforms love extremes: scalding heat, freezing cold, salt, lye, darkness. A surprising variety of species live in extreme ecosystems, ranging from simple bacteria to plants and animals. Scientists refer to these species as extremophiles.

Danakil Depression is an extreme place for life. It’s a volcanic area that stretches from the Dallol Volcano to Lake Assal, close to the Ethiopian border with Eritrea. The area is more than 100 meters (328 feet) below sea level and magma flows very close the surface. Rainwater and seawater from a nearby coast are heated by the magma and forced to the surface, carrying many different salts in solution.

Over three days from April 5-7, 2016, the team set up equipment in different stations across the site and measured a range of physical and chemical parameters, including pH, temperature, humidity and oxygen concentrations. The team also collected samples of bacteria and tested a new technique for DNA extraction. Gómez said:

After mineral and geochemical characterisation, we will know what kind of materials and bacteria are present and be able to identify the most interesting sites for astrobiology purposes.

We are now starting the analysis of our samples and are planning a follow-up trip in a few months time.

There are very few scientific publications on the site and no biological descriptions, so we are genuinely exploring new ground from a scientific point of view … Any microorganisms living here will be extremophilic microbes of a major interest to astrobiologists. 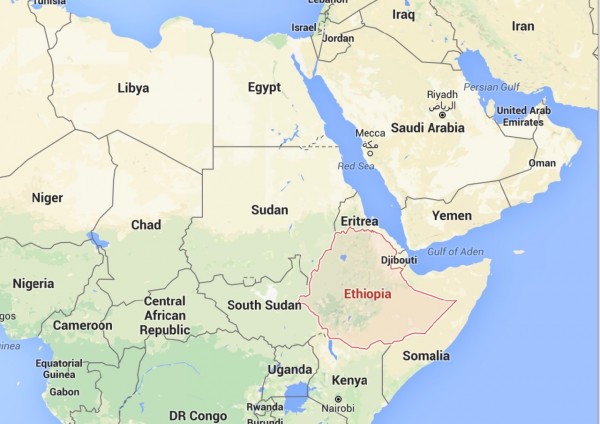 Ethiopia is located in the Horn of Africa – a peninsula in northeast Africa – bordered by Eritrea to the north and northeast, and Djibouti and Somalia to the east. The Danakil Depression is a geological depression that lies below sea level, close to the Ethiopia-Eritrea border. 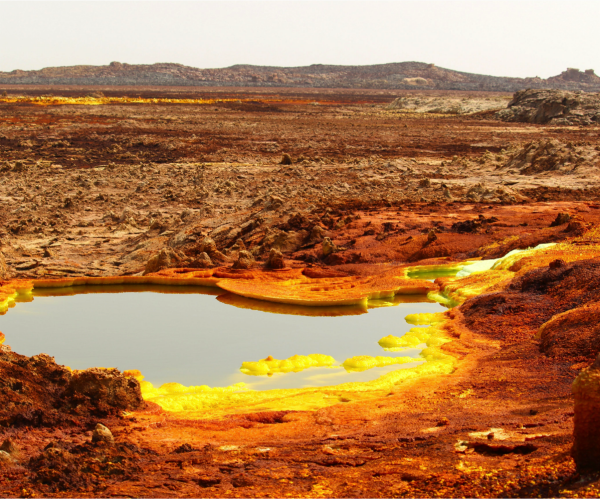 Hydrothermal system at the Danakil Depression. Yellow deposits are sulphates, and red are iron oxides. Image via Felipe Gomez/Europlanet 2020 RI 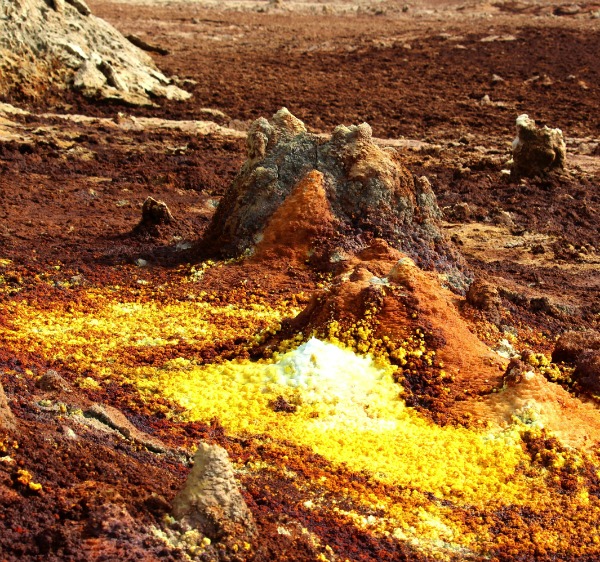 The structure here is known as a ‘chimney.’ Image via Felipe Gomez/Europlanet 2020 RI 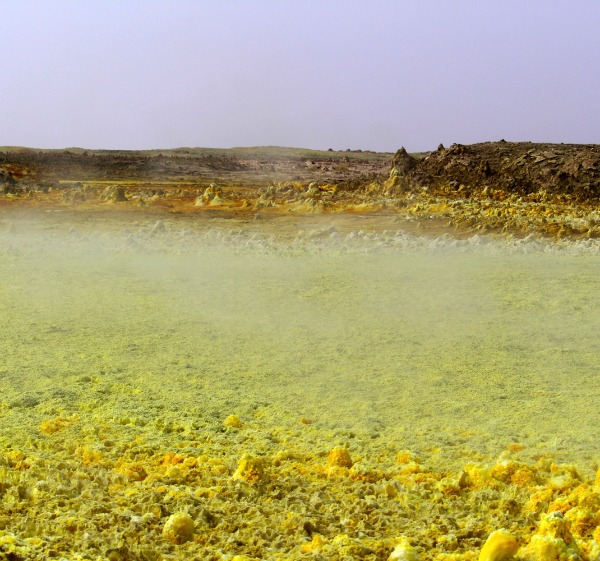 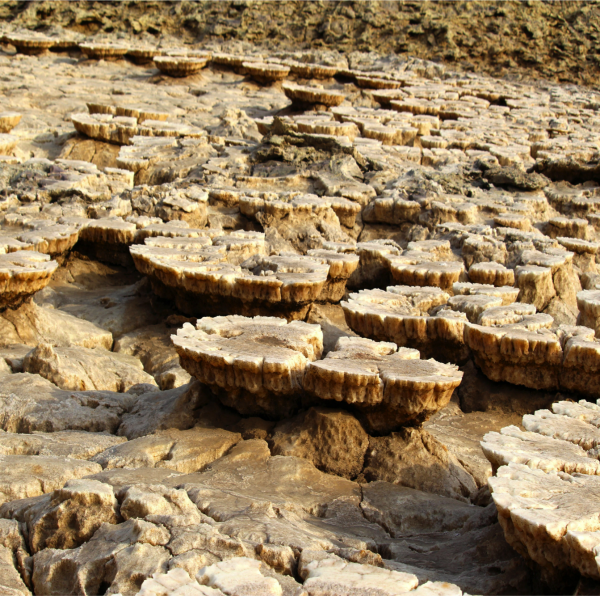 Bottom line: Researchers from the Europlanet 2020 Research Infrastructure, carrying out the first investigation into the geology, mineralogy and biology of Ethiopia’s inhospitable Danakil Depression, have found that the site hosts at least three extreme ecosystems.