Humpback whales, heroes of the sea?

Humpback whales appear to rescue not just their own species, but also other whale species, seals and sea lions from attacks by killer whales. 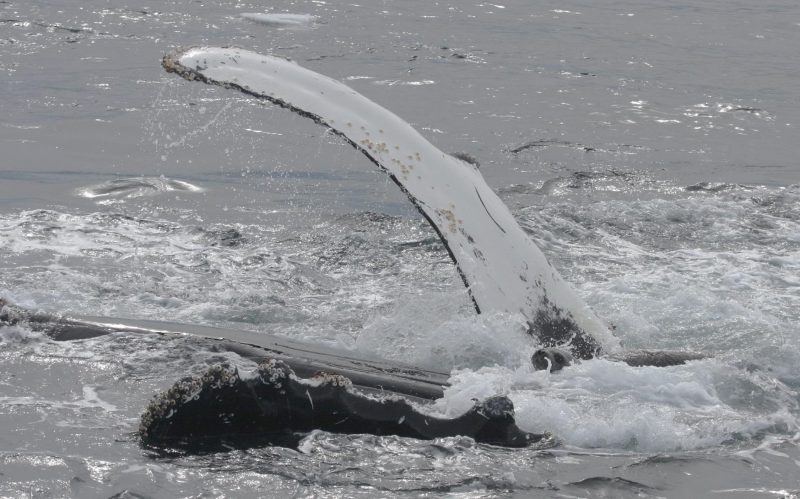 A Weddell seal rests on the chest of a humpback whale. Image via Robert L. Pitman.

I’ve been re-reading Moby Dick, published in 1851, and was struck with Herman Melville’s constant use of the words “monster” and “leviathan” (sea monster) to describe whales. Nowadays we’ve come to think of whales more as gentle giants. Consider, for example, the kindly whale depicted in Finding Nemo, a classic children’s film. So it was with great interest that I read several stories this week on a fascinating study by Robert Pitman and colleagues – published in July, 2016 in the journal Marine Mammal Science – suggesting that humpback whales may sometimes act altruistically, saving their own and other species from killer whale or orca attacks.

No one knows, of course, what the humpbacks’ true motivations are. But scientists would love to know why humpback whales do sometimes appear to rescue other animals – such as seals and sea lions – from other whales’ attacks.

Pitman is a marine ecologist from the National Oceanic and Atmospheric Administration (NOAA). TechTimes reported that he first observed a “rescue mission” by a humpback whale in 2009:

Back then, Pitman saw a pod of killer whales knock a seal off an Antarctic ice floe. The killer whales were about to finish off the seal when a humpback whale lifted the animal and placed it on its belly, keeping it out of harm’s way.

A similar yet more dramatic incident occurred in Monterey Bay, California in May 2012, when a pod of killer whales targeted a gray whale and killed the whale’s calf.

When the orcas first attacked the gray whales, two humpback whales were already on the scene. But after the calf was killed, 14 more humpbacks arrived — apparently to prevent the orcas from eating the dead calf.

In fact, one humpback whale seemed to station itself next to the dead calf, pointing its head toward the carcass and remaining a certain distance away.
The humpback whale loudly vocalized and slashed its tail whenever an orca came close, says whale researcher Alisa Schulman-Janiger.

According to Schulman-Janiger, the humpback whales slashed at the killer whales with their tails and flippers for six and a half hours.

Despite the thick swarms of krill nearby — the humpbacks’ main choice for food — the marine mammals did not abandon the dead calf, she says. 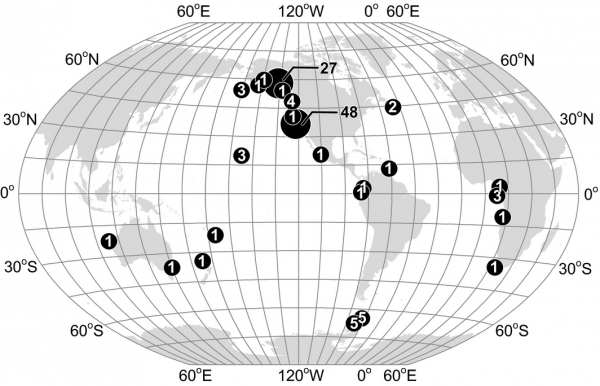 Locations and numbers of recorded interactions between humpback and killer whales described in the new study; the number in each circle is the number of interactions from the general area. Graphic via Robert L. Pitman et. al..

In their study, Pitman and Schulman-Janiger and their colleagues analyzed 115 rescue incidents involving humpback whales, from published and unpublished sources. Only 11 percent of the time were the humpbacks trying to save their own calves. Other animals rescued by humpback whales include harbor seals, gray whales, ocean sunfish and California sea lions.

The authors of the new study wrote:

Interspecific altruism, even if unintentional, could not be ruled out.

But there are some other possibilities. One is that personal history is a factor, with some humpbacks clearly bearing scars from attacks in earlier years. The study also suggests the possibility that humpbacks respond to auditory calls made by the killer whales rather than the animals they are hunting. In other words, they might hear the killer whales’ calls and swim to the rescue, before knowing what kind of creature is being attacked.

Still, humpback whales are the only cetacean creatures known to deliberately tackle orca attacks and drive them off. Lori Marino, an expert in cetacean intelligence and president of the Whale Sanctuary Project, who was not involved in the study, told nationalgeographic.com that she doesn’t find it “completely surprising” that a cetacean would intervene in attacks on other sea creatures. She said humpbacks are capable of sophisticated thinking, decision-making, problem-solving, and communication and said:

Taken altogether, these attributes are those of a species with a highly developed degree of general intelligence capable of empathic responses. 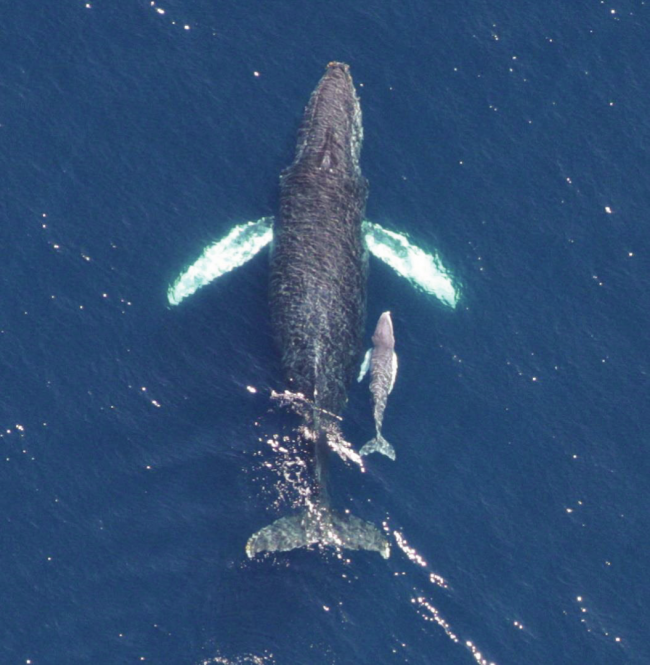 Only 11 percent of incidents involving humpback whales trying to save creatures from killer whales involve the humpbacks’ own species. When necessary, a mother whale will, of course, use her massive flippers to defend her small calf from attacking predators, especially killer whales. This mother humpback whale and newborn calf were photographed off Baja California, Mexico, in October 2009. Image via M. Lynn, NOAA, Southwest Fisheries Science Center, via Robert L. Pitman et. al..

Bottom line: Robert L. Pitman colleagues analyzed 115 incidents, from published and unpublished sources, where humpback whales appeared to be attempting to save sea creatures from killer whales. In 89 percent of cases, the whales were not rescuing their own species, but also other whale species, seals and sea lions.