The new Antarctic safe zone in the Ross Sea will encompass 600 thousand square miles (1.5 million square km) and be the largest marine protected area in the world. 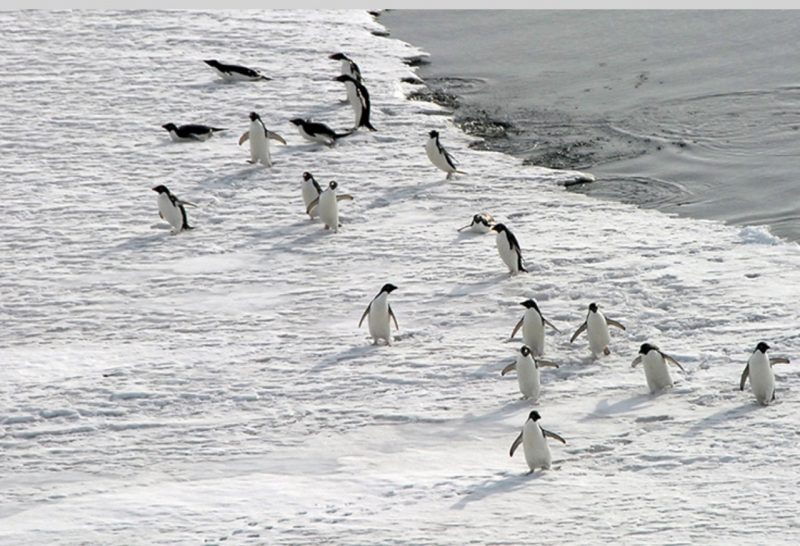 Penguins jump onto an ice shelf in the Ross Sea after their feeding swim. Photo by Robin Waserman, National Science Foundation, via NOAA.

Working from Australia, policy makers and scientists from 24 nations and the European Union unanimously agreed on Friday (October 28, 2016) to create a marine reserve, almost as large as Alaska, in the Ross Sea off the coast of Antarctica. The agreement will take effect on December 1, 2017 and remain in effect for at least 35 years. It will be the largest marine protected area in the world.

The new Antarctic safe zone will encompass 600 thousand square miles (1.5 million square km) of ocean. Commercial fishing will be banned from about 30 percent of the area, and 28 percent will be designated as research zones, where scientists can catch limited amounts of fish and krill, tiny invertebrates that provide food for whales, penguins, seals and other animals.

The Antarctic region in and around the Ross Sea is one of the last great ocean wilderness areas on the planet, according to a NOAA webpage on the need to protect this region:

It supports one of the most productive ecosystems in the Southern Ocean, high biodiversity, and a unique assemblage of species found nowhere else on Earth. It is also one of the most studied polar regions, with some of the world’s longest time series of polar observations.

The agreement was reached at the annual meeting of the Commission for the Conservation of Antarctic Marine Living Resources (CCAMLR), which comprises 24 countries including the United States and European Union. 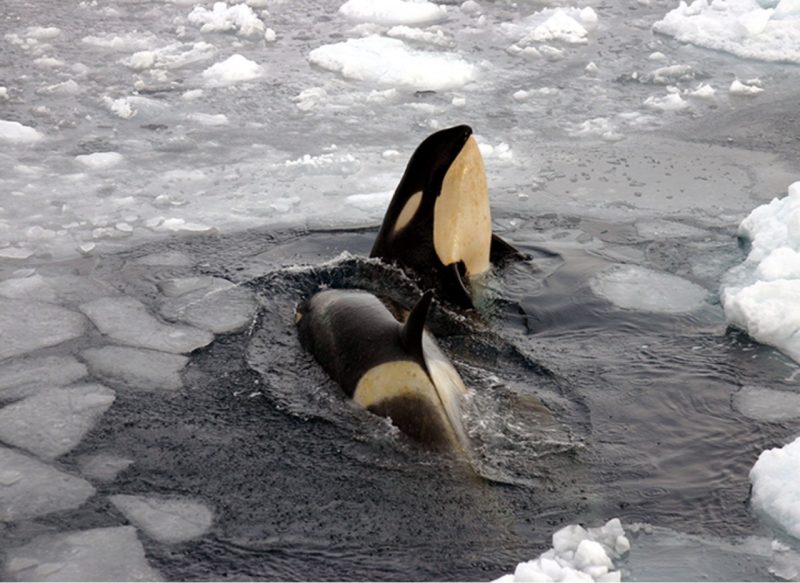 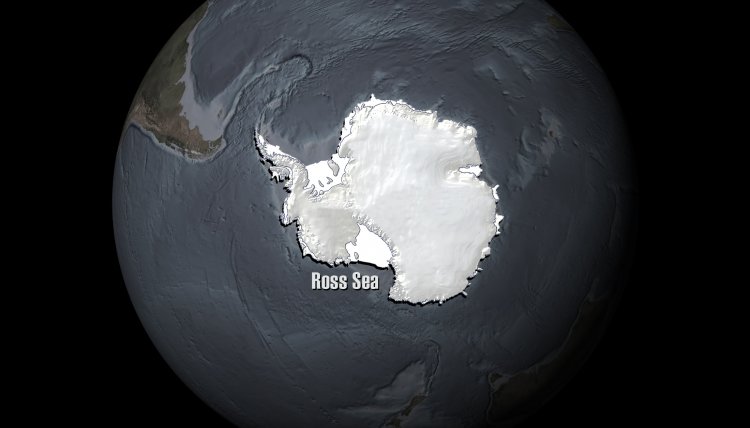 Map via the Smithsonian

CCAMLR Executive Secretary Andrew Wright said in an October 28 statement that the decision has been several years in the making:

This has been an incredibly complex negotiation which has required a number of Member countries bringing their hopes and concerns to the table at six annual CCAMLR meetings as well as at intersessional workshops.

A number of details regarding the MPA are yet to be finalised but the establishment of the protected zone is in no doubt and we are incredibly proud to have reached this point. 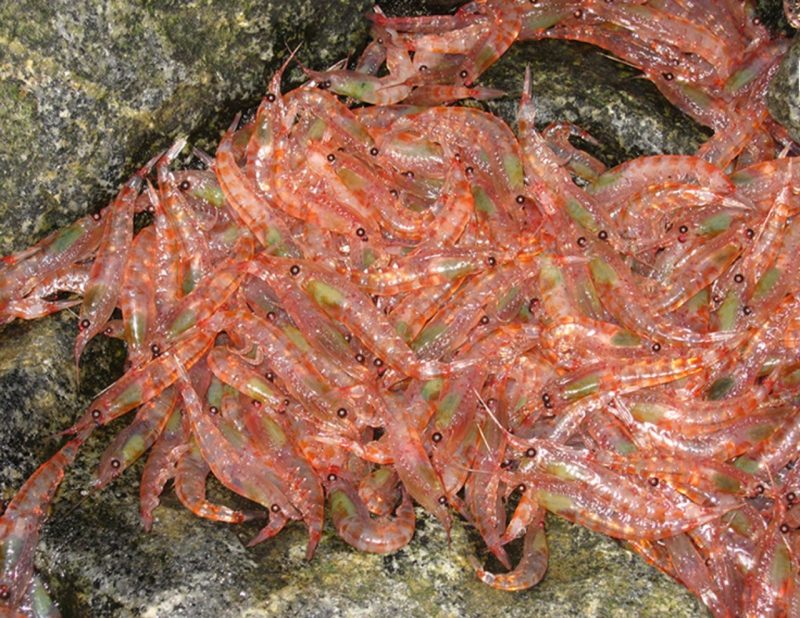 Krill are the main food source for animals such as whales and penguins. Photo by Kyle Hoppe, National Science Foundation, via NOAA. 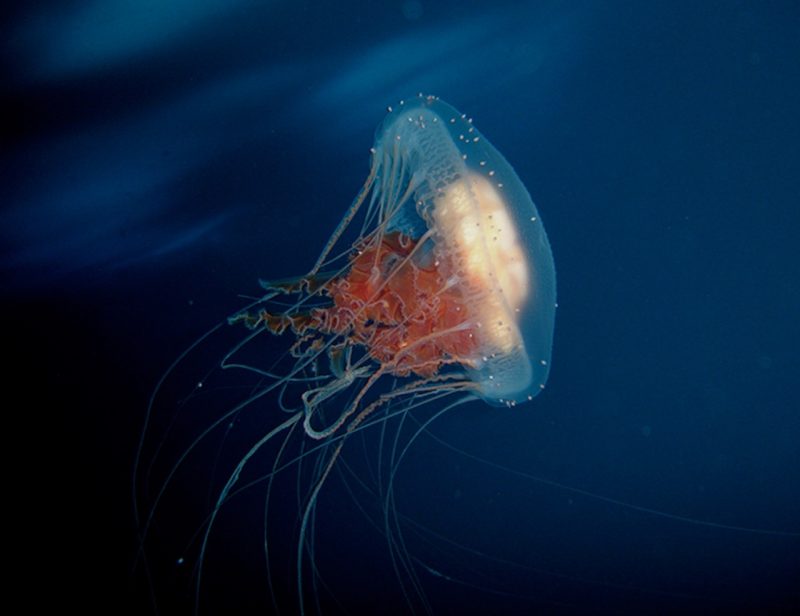 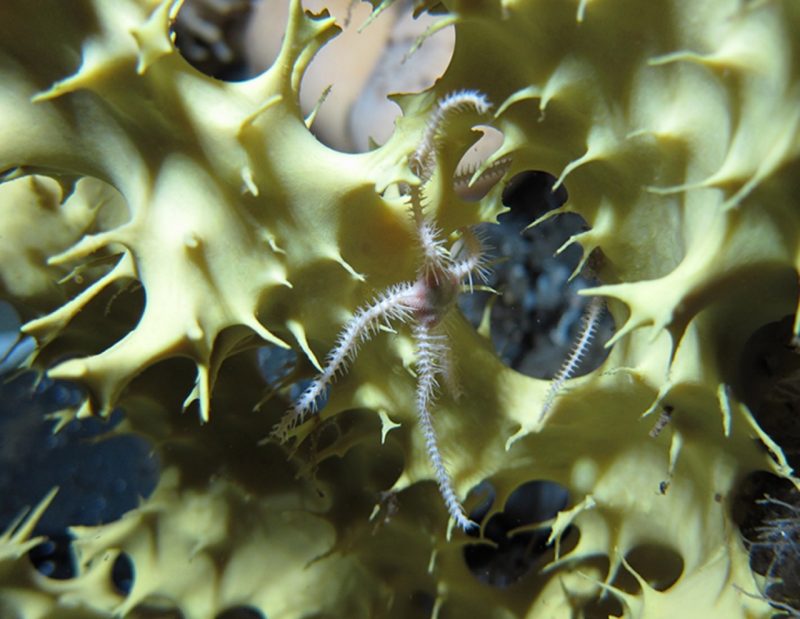 Starfish on a yellow sponge in the Ross Sea. Photo by Steve Rupp, National Science Foundation, via NOAA.

This is a major step in marine conservation not just for the Antarctic but internationally.

Part of it is the size, but the significance of this is that most of the marine protected area is a no-take area, and that involved 25 countries and complex, long-term environmental negotiations. It is one of the biggest steps for the international community.

Read more from the BBC 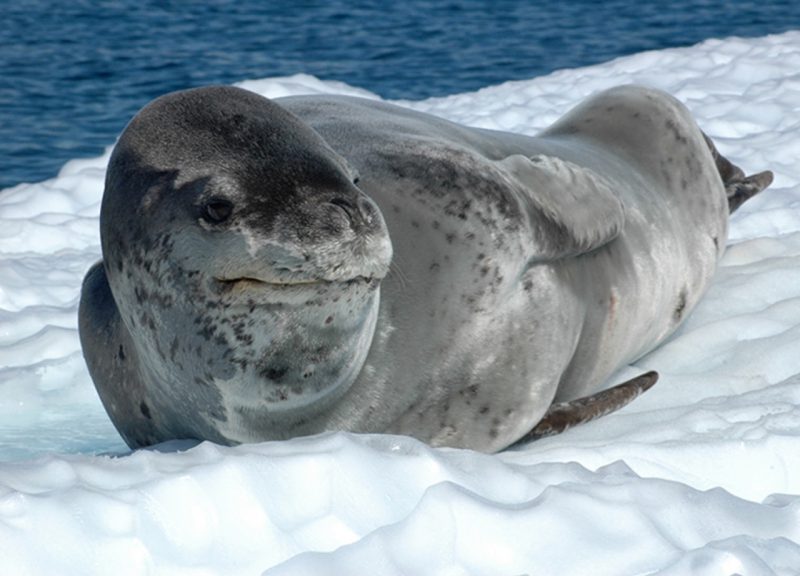 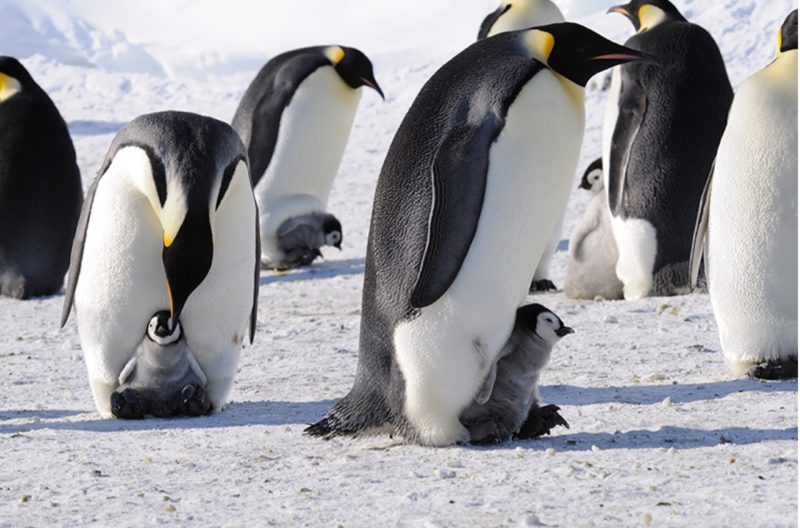 Bottom line: Policy makers and scientists unanimously agreed on Friday (October 28, 2016) to create a marine reserve – the largest marine protected area in the world – in the Ross Sea off the coast of Antarctica.