How you can help scientists study earthquakes

The Quake Catcher Network is looking for volunteers to use motion sensors on their computers to capture seismic data.

The Quake Catcher Network is looking for volunteers to use motion sensors on their computers to capture seismic data. The seismic data collected could help improve our understanding of earthquakes and aid in emergency response efforts.

The Quake Catcher Network is a collaborative science project that seeks to link motion sensors on networked computers to form the world’s largest seismic monitoring system of moderate and high magnitude earthquakes.

The idea for the Quake Catcher Network came from Elizabeth Cochran and Jesse Lawrence while they were post-doctoral research associates at the Scripps Institution of Oceanography. Elizabeth Cochran, who is now a geophysicist with the U.S. Geological Survey, commented on the project in a July 12, 2012 press release. She said:

We are very excited about integrating these new sensor technologies into existing regional networks with the hope of very rapid earthquake detection, detailed earthquake rupture imaging and improving understanding of seismic hazards.

Approximately 3000 Quake Catcher sensors have been installed around the world. The sensors have recorded earthquakes ranging from a 2.6 magnitude quake in New Zealand to an 8.8 magnitude earthquake off the coast of Chile in 2010.

Depending on the availability of supplies, Quake Catcher sensors and software are for free to volunteers in 12 targeted regions. These regions include:

(8)      Coastal regions along the Pacific Northwest in the U.S. and Canada

Project scientists are hoping to add 1000 more motions sensors to the seismic network in Southern California during 2012.

Quake Catchers sensors are available to the general public in any region around the world for a cost of about $50. Kindergarten through grade 12 teachers may purchase Quake Catcher sensors at a reduced cost of $5. People interested in participating in the Quake Center Network should review the program website for further details about requirements for desktop and laptop computers. 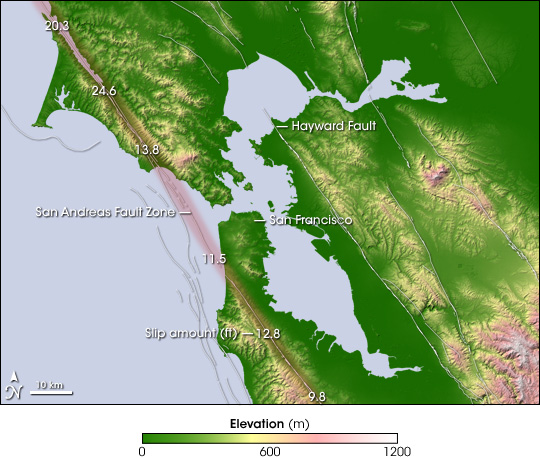 Monica Kohler, a senior research fellow at the California Institute of Technology, is hoping to use the Quake Catcher Network to monitor the response of buildings to strong shaking from earthquakes. She said:

It is essential to install seismometers on multiple floors in buildings in order to get a clearer look at how they shake. We need the public’s help with this simple solution.

Bottom line: The Quake Catcher Network is looking for volunteers to use motion sensors on their computers to capture seismic data. The seismic data collected could help improve our understanding of earthquakes and aid in emergency response efforts.

Alaska landslide might be largest recorded in North America

What does a jump in earthquake magnitude really mean?