How many Tyrannosaurus rex lived on Earth?

During 2.4 million years of existence, a total of 2.5 billion Tyrannosaurus rex lived on Earth, and 20,000 individual animals would have been alive at any moment, according to new calculations. 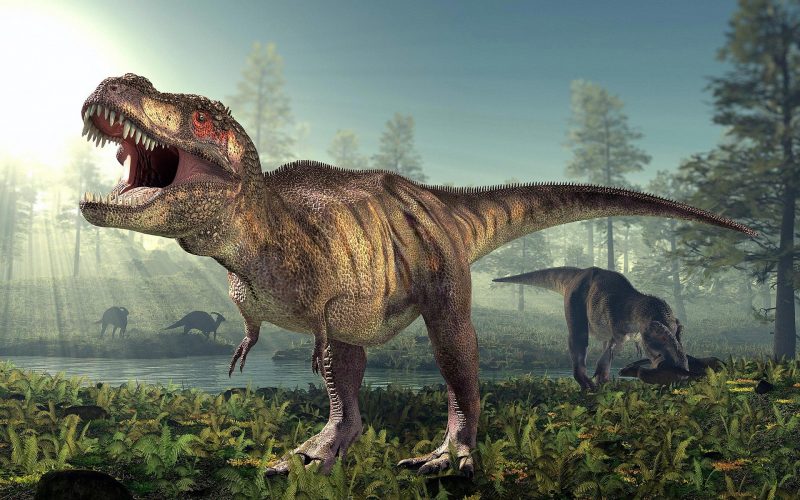 Tyrannosaurus rex spanned all of ancient North America, and about 20,000 lived at once. Image via 1Ado123/ Wikimedia Commons.

During 2.4 million years of existence on Earth, a total of 2.5 billion Tyrannosaurus rex ever lived, and 20,000 individual animals would have been alive at any moment, according to a new calculation method we described in a paper published on April 15, 2021 in the journal Science.

To estimate population, our team of paleontologists and scientists had to combine the extraordinarily comprehensive existing research on T. rex with an ecological principle that connects population density to body size.

From microscopic growth patterns in bones, researchers inferred that T. rex first mated at around 15 years old. With growth records, scientists can also generate survivorship curves – an estimate of a T. rex‘s chances of living to a given age. Using these two numbers, our team estimated that T. rex generations took 19 years. Finally, T. rex existed as a species for 1.2 to 3.6 million years. With all of this information, we calculate that T. rex existed for 66,000 to 188,000 generations.

From the fossil record alone, we had generated a T. rex turnover rate. If our team could estimate the number of individuals in each generation, we would know how many T. rex ever lived. 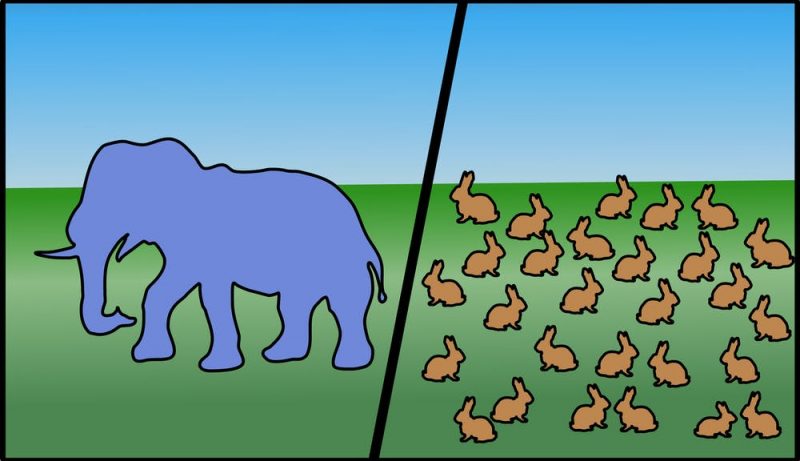 In ecology, there is a well-established relationship between body mass and population density called Damuth’s law. Larger animals need more space to survive – one square mile (2.6 square km) of grassland can support a lot more bunnies than elephants. This relationship is also dependent on metabolism – animals that burn more energy require more space.

Paleontologists have come up with a range of good estimates of T. rex’s body mass and have also estimated its metabolism – slower than mammals but somewhat faster than a large modern lizard, the Komodo dragon. With Damuth’s law, we then estimated that the ancient world held about one T. rex every 42.4 square miles (109.9 square km). That’s about two individuals in the entire area of Washington, D.C.

Now we had all the pieces we needed. Multiplying the population density by the area in which T. rex lived gives us an estimate of 20,000 individuals per generation. 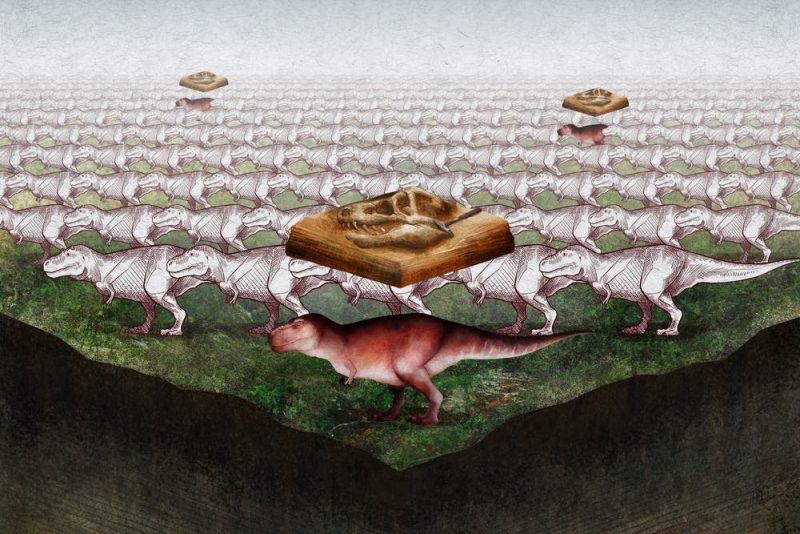 Knowing the total number of T. rex that ever lived unlocks other pieces of knowledge – like the fraction that turn into fossils and were found. Image via Franz Anthony/ The Conversation.

Once we figured out the average population size, we were able to calculate the fossilization rate for T. rex – the chance that a single skeleton would survive to be discovered by humans 66 million years later. The answer: about 1 in 80 million. That is, for every 80 million adult T. rex, there is only one clearly identifiable specimen in a museum.

Beyond calculating the T. rex fossilization rate, our new method could be used to calculate population size for other extinct species.

Estimates about extinct animals always include some amount of uncertainty. Our estimate of T. rex population density ranges from one individual for every 2.7 square miles (7 square km) to one for every 665.7 square miles (1,724 square km). But surprisingly, the largest source of this uncertainty comes from Damuth’s law. There is a lot of variation in modern animals. For example, Arctic foxes and Tasmanian devils have similar body mass, but devils have six times the population density.

Further study of living animals could tighten up our estimates on T. rex.

We also don’t know fossilization rates of other long extinct dinosaurs. If we have many fossils of one species, does that mean they were more common than T. rex, or do we simply recover their fossils more often? 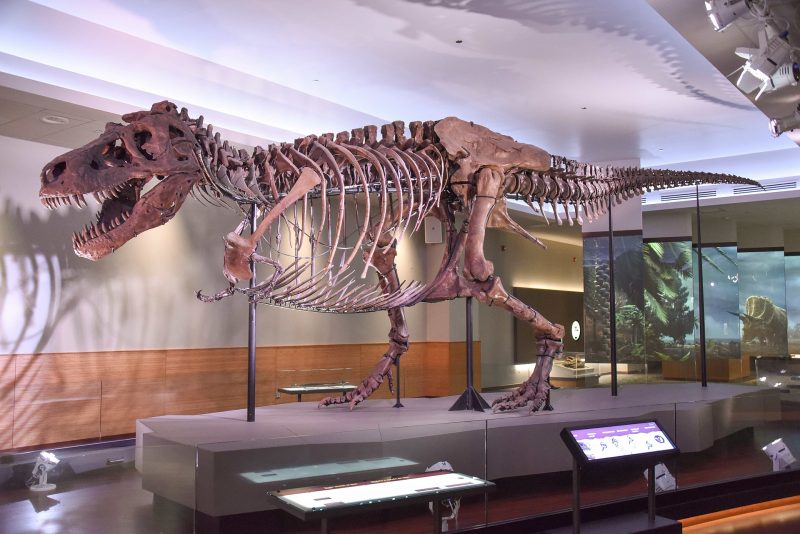 The huge amount of research that has been done on T. rex played an important role in making this calculation. Image via Evolutionnumber9/ Wikimedia Commons.

This study might lead to other hidden facts about T. rex biology and ecology.

For instance, we might be able to learn whether T. rex populations fluctuated up and down with Triceratops – similar to wolf and moose predator and prey relationships today. However, most other dinosaurs do not yet have the incredibly rich data from decades of careful fieldwork that allowed our team to tally up T. rex.

If scientists want to apply this powerful technique to other extinct animals, we’ve got some more digging to do.

Bottom line: By combining research about the size and metabolism of Tyrannosaurus rex with a modern theory on the population density of living animals, the group of paleontologists was able to estimate how many T. rex roamed the Earth at any point and how many ever existed.