How deep is the ocean?

On average the ocean is 2.3 miles (3.7 km) deep, but many parts are much shallower or deeper. In the deepest zones, life forms have adapted to live in the dark, under crushing water pressure.

Explorers started making navigation charts showing how wide the ocean was more than 500 years ago. But it’s much harder to calculate how deep it is.

If you wanted to measure the depth of a pool or lake, you could tie a weight to a string, lower it to the bottom, then pull it up and measure the wet part of the string. In the ocean you would need a rope thousands of feet long. 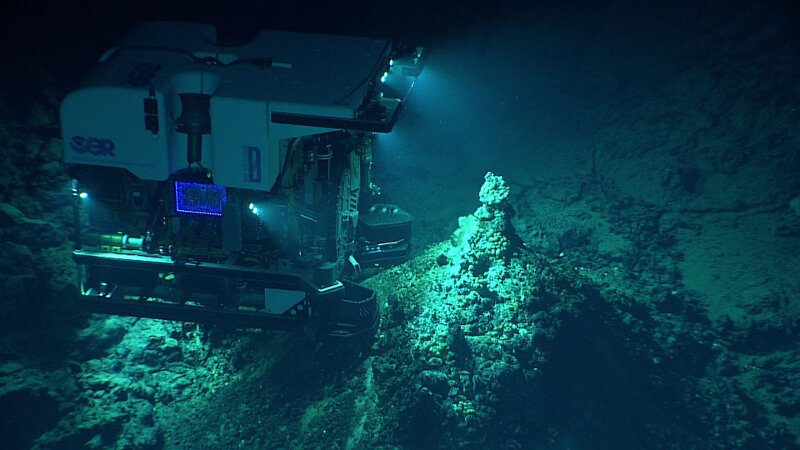 During their four-year voyage, the Challenger crew collected samples of rocks, mud and animals from many different areas of the ocean. They also found one of the deepest zones, in the western Pacific, the Mariana Trench, which stretches for 1,580 miles (2,540 km).

Today scientists know that on average the ocean is 2.3 miles (3.7 km) deep, but many parts are much shallower or deeper. To measure depth they use sonar, which stands for Sound Navigation And Ranging. A ship sends out pulses of sound energy and measures depth based on how quickly the sound travels back.

Survey ships use multibeam sonar to measure the depth of the sea floor.

The deepest parts of the ocean are trenches – long, narrow depressions, like a trench in the ground, but much bigger. The HMS Challenger sampled one of these zones at the southern end of the Mariana Trench, which might be the deepest point in the ocean. Known as the Challenger Deep, it is 35,768 feet (10,902 meters) to 36,037 feet (10,984 m) deep – almost 7 miles (11 km).

Ocean scientists like me study the sea floor because it helps us understand how Earth functions. For example, our planet’s outer layer is made of tectonic plates – huge moving slabs of rock and sediment. The Hawaiian-Emperor Seamount chain, a line of peaks on the ocean floor, was created when a tectonic plate moved over a spot where hot rock welled up from deep inside the Earth. 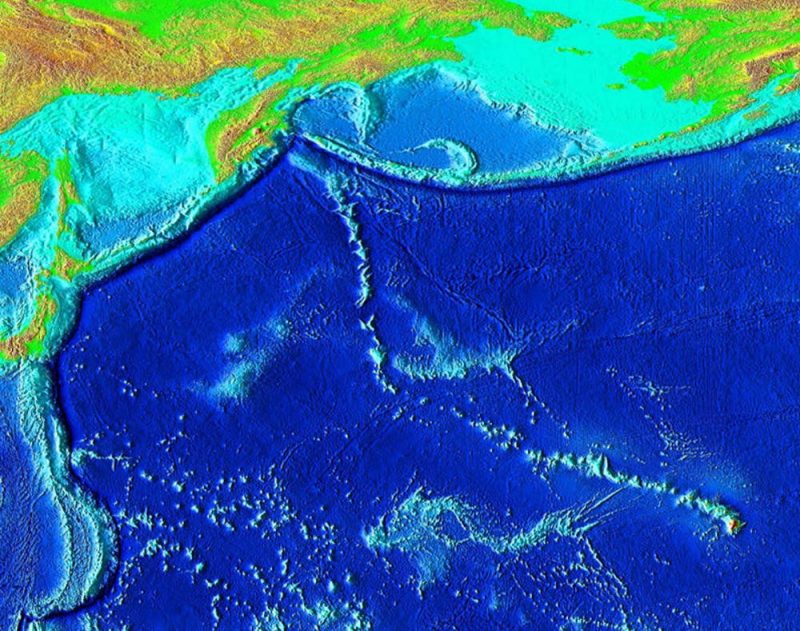 The Emperor Seamounts are a trail of underwater mountains in the Pacific, created when a tectonic plate moved across the Hawaii hotspot over millions of years. Image via NOAA

When two tectonic plates move away from each other underwater, new material rises up into Earth’s crust. This process, which creates new ocean floor, is called seafloor spreading. Sometimes super-hot fluids from inside the Earth shoot up through cracks in the ocean floor called hydrothermal vents. 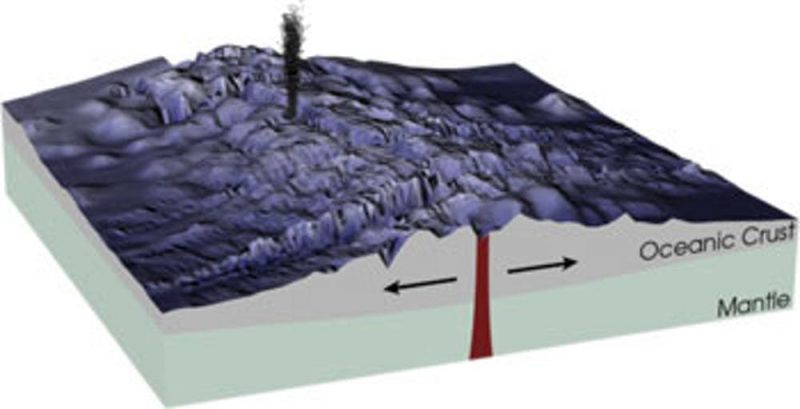 Spreading at a mid-ocean ridge. Image via NASA.

Amazing fish, shellfish, tube worms and other life forms live in these zones. Between the creation and destruction of ocean plates, sediments collect on the sea floor and provide an archive of Earth’s history, the evolution of climate and life that is available nowhere else.

Bottom line: How deep is the ocean, on average and at its deepest?