How deep is your snow? 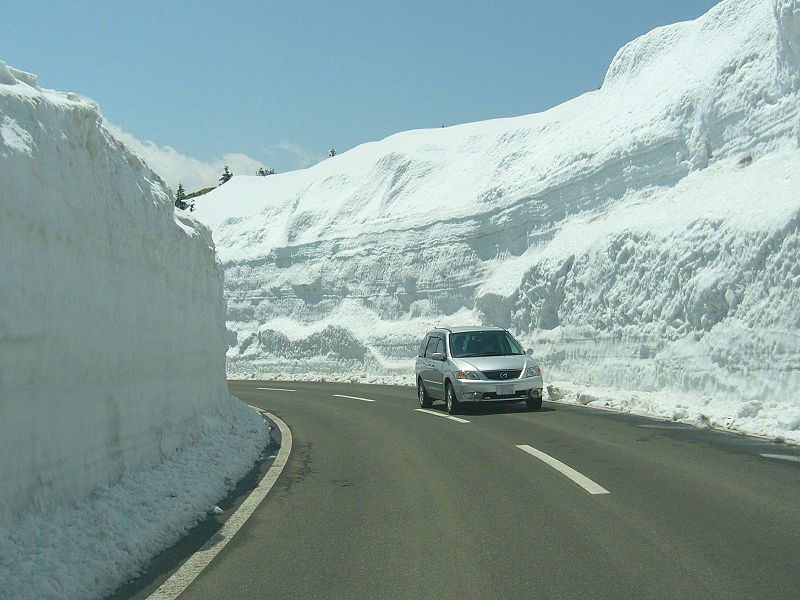 Sometimes you don’t need a measuring stick to come up with an assessment: really, really deep. Image via katorisi/Wikimedia Commons.

The Blue Hill Observatory, a few miles south of Boston, recorded the deepest snow cover in its 130-year history a couple of years ago, an incredible 46 inches. In February 2015, Bangor, Maine tied its record for deepest snow at 53 inches. Mountainous locations will sometimes see triple-digit snow depths.

Impressive numbers for sure, but assuming you have a measuring stick long enough to reach the ground beneath all the white, really, how hard can it be to measure? You stick a ruler or yardstick into the snow and get a number, right? Well, not so fast. It’s a little more complicated than you might think to get those oh-so-important snow totals for winter storms.

Since 1890, the National Weather Service has relied on a network of volunteer observers, all strictly adhering to the NWS guidelines, to come up with snow measurement numbers over a region. There are over 8,700 cooperative observers across the country who send in their weather data to the NWS daily, some who have done it for over 75 years!

Snow measurement is inherently inexact, but attention to one’s surroundings and sticking to the guidelines help those of us who do it on a regular basis stay consistent – and with long-term weather records, consistency is arguably just as important as accuracy.

First, we do need to differentiate between snow depth and snow fall. 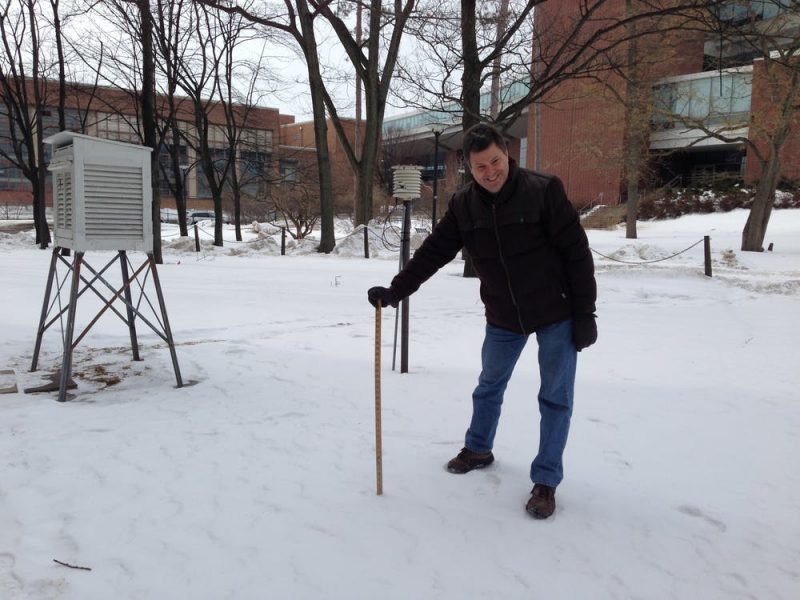 The author measuring the paltry three inches at his observation location in Pennsylvania. Note the instrument shelters in the background. Image via Marisa Ferger.

How deep is your snow

Snow depth should be a measure of the average depth in a given location and its immediate surroundings. It’s usually rounded to the nearest whole number. To get a representative number, you need a site with minimal drifting (not always easy to find) and several measurements should be averaged to get a final number. I like 10 because it makes the math easy.

Careful measurement is vital so we can make reasonable estimates for the amount of liquid contained in the snowpack. As hard as it is to believe at times, the snow will eventually melt, and rapid melting could cause problems with flooding. Also, hydrologists’ models to predict water levels critically depend upon good initial data collection (though improved satellite data has helped reduce their reliance on any individual measurement).

Snow depth is like the sum of individual snowfalls, if one assumes no sublimation – snow turning into water vapor – or melting from the first snowfall until the present day. That assumption would almost always be wrong, of course, but if we suspend reality for a moment, the depth will still never exceed the sum of all snowfalls because snow is compressible. So, two 10.5-inch snowfalls may only accumulate to a depth of 17 inches. It’s the compressibility of snow that causes the greatest consternation and controversy with snowfall measurement. 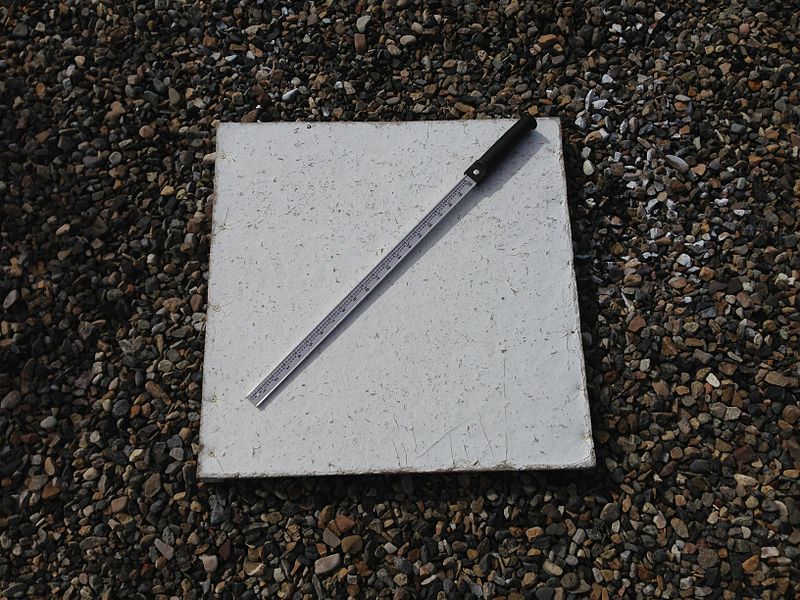 How much snow did a storm bring

Snowfall is the amount of snow that accumulates during a given time, usually a 24-hour period. In a perfect world this 24-hour period would end at midnight, but the vast majority of National Weather Service cooperative observers take their daily observation in the morning.

To properly measure snowfall, you need a level and flat surface. As with snow depth, measuring snowfall should be unaffected by drifting. The National Weather Service suggests the use of a snowboard, which is a white surface that will absorb very little sunlight and stay close to the ambient air temperature, but any “cold” surface will do. Keeping in mind that consistency is critical, the goal here is to make a measurement that is representative of the surrounding area and consistent with others making snowfall measurements.

So, let’s consider three common scenarios. Here in the East, we often have to deal with snow that changes to rain during the course of a storm. Imagine 6.0 inches of snow falls, then an inch of sleet which compacts the snow to a 4-inch depth. Then, on top of that we have an inch of freezing rain which further compacts the snow to 2.6-inch depth by the end of the observation period. What should be listed as the daily snowfall? The snow depth?

In this situation, when the snow transitions to sleet, the snowboard should be cleared and the maximum depth of snow recorded, which is 6 inches in this case. Do the same with the sleet and this will add an inch to the snowfall (technically, “solid precipitation”) total. Freezing rain is never added to the daily snowfall total because it is in liquid form when it reaches the ground. Thus, the daily snowfall is 7.0 inches (measured to the nearest tenth of an inch) while the snow depth at observation is rounded to 3 inches.

In the case where, say, three heavy snow showers occur one afternoon, each dumping 1.5 inches before melting completely, the daily snowfall would be 4.5 inches with an observed depth of zero at the daily observation time. This assumes an observer is there to measure each short-lived accumulation. But because most observers are volunteers that’s not always the case, unfortunately. 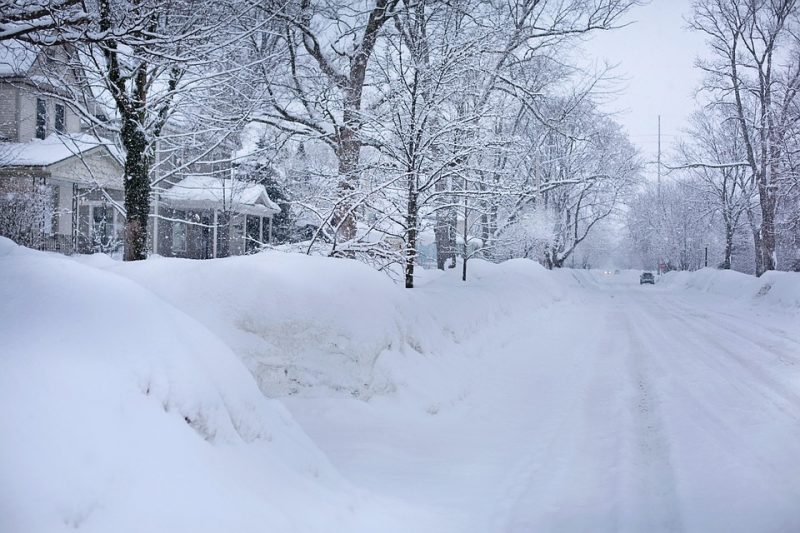 Looks like a lot of snow – but how to quantify that? Image via Jill111.

Finally, we come to the controversy. Let’s assume a steady snow falls for the entire 24-hour period at a rate of 2.0 inches per hour. If the snow board were cleared every hour, the daily snowfall would be 48.0 inches. But what if the observer could only be there at the daily observation time? By then the snow will have compacted some, depending upon the temperature and the amount of liquid in the snow, which can vary between about a quarter inch and three inches of liquid water for every 10″ of snow.

This observer would log significantly less snowfall – for the exact same event – than the person who cleared the board every hour. This is a problem. The National Weather Service addresses it by mandating that no more than four snowfall measurements should be made in any 24-hour period. Ideally then, an observer who went to the snowboard every six hours and cleared 10.5 inches, 9.3 inches, 11.5 inches and 10.8 inches would get the officially correct snowfall measurement of 42.1 inches.

Several years ago, an observer in New York measured 77.0 inches of snow in a 24-hour period, which would have broken the record for heaviest one-day snowfall in U.S. history. However, it was determined that he cleared the snowboard much too frequently, thus inflating the daily total and invalidating the record.

Intrigue, suspense, mystery, controversy! So much more than just sticking a ruler in the snow. If it all sounds like a daily dose of meteorological fun to you, maybe you’ve got what it takes to volunteer for the NWS’s Cooperative Observer program, where it’s not all about the white stuff. Daily high and low temperatures and precipitation of all forms are also measured, to strict NWS standards, of course.