We love seeing animals showing love for each other, like cuddling chimps and penguin pairs, or even cows joining dog packs or cats and birds becoming friends.

Those animal relationships are more complicated than we think, says Patrick Abbot, associate professor of biological sciences at Vanderbilt University. You can’t always apply the human idea of love to them, Abbot says, it’s more likely they’re doing it to survive and reproduce.

But before labeling Abbot a Valentine’s Day naysayer, be assured he’s just the opposite. Even if animals have ulterior motives for teaming up, they teach humans a lot about love. Abbot said:

The animal world teaches us again and again that falling in love is advantageous to humans. And knowing why animals do these things makes something like Valentine’s Day richer because it makes me feel a part of this larger biological enterprise. Who can’t look at a couple of animals courting and not feel a kinship for what they’re doing, which is basically saying, ‘I like you. Let’s see where this leads.’

Abbot said that that animals express behaviors that may look like love to us, but keeps them and their offspring alive and thriving. For instance, in penguins, the male keeps the egg and hatched chick warm and safe while the female leaves for weeks on end to feed, exchanging places when the female returns. He said:

That classic image of primates grooming each other is an example of how they strengthen a social bond for protection from predators or parasites. In some animals, you may even see one issuing a warning call, which seems like it’s demonstrating love for the group and putting itself in danger, but it also may be saying, ‘I’m the toughest or healthiest member here, and there are weaker ones nearby you can get.’

There are lots of biological explanations for these kinds of social bonds, but they’re what we humans recognize as love. 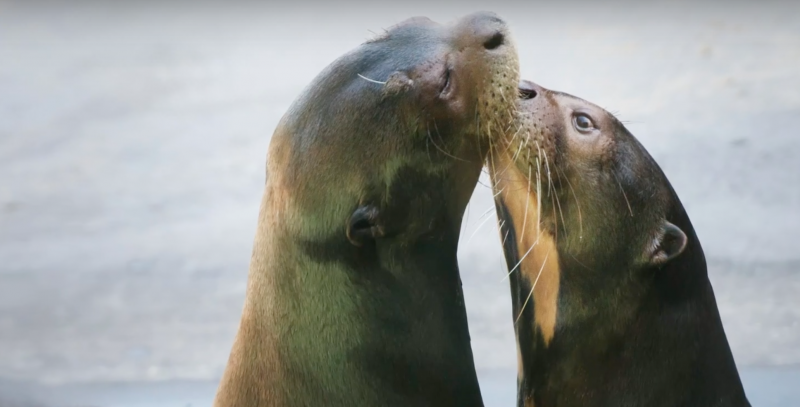