Bats roosting in the curled up leaves of tropical plants are able to better hear their companions, a new study suggests.

Bats roosting in the curled up leaves of tropical plants are able to better hear their companions, a new study suggests. Large tropical leaves were shown to amplify incoming calls from wandering bats searching for their social group. Besides humans, no other animal is known to use horn-shaped structures to boost sound signals used for communication. The research was published on October 16, 2013 in the journal Proceedings of the Royal Society B.

Sound is a very effective means for communication and it is widely used in the animal kingdom. However, sound signals can degrade quickly when travelling over long distances. Humans invented the horn to help amplify incoming and outgoing sounds. Now, it appears that Spix’s disc-winged bat (Thyroptera tricolor) is also capable of using horn-shaped structures to extend their ability to hear other animals. 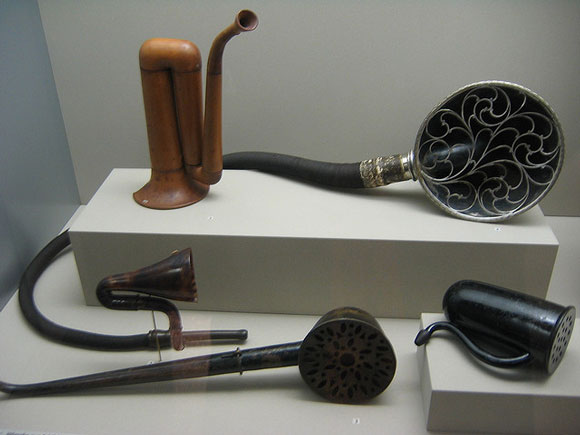 Spix’s disc-winged bats roost in the curled up leaves of tropical plants. The leaves provide them with shelter from the weather and help to hide them from predators. However, the leaves only stay curled up for a short period of time after emerging. Once the leaves unfold, the bats move on to find other suitable leaves to roost in. With all that moving around, the bats need to be skilled at finding their roost. To do so, a bat that is out hunting for food will emit an inquiry call. When bats in the roost hear the inquiry call, they let out a response call that in effect says “we’re over here.”

Scientists from the University of Costa Rica and North Dakota State University wondered if the peculiar shape of the leaves was helping to boost the communication signals used by bats. They recorded the calls of over a hundred bats in Costa Rica and measured the strength of the signals as the sounds traveled into the curled up leaves. Indeed, they found that sounds were much louder inside the leaf by about 5 to 10 decibels. They estimate that this sort of amplification can extend the distance that bats can hear by an additional 15 to 30 meters (about 50 to 100 feet). That’s useful if you’re a bat flying around the tropical rainforest trying to find your home. 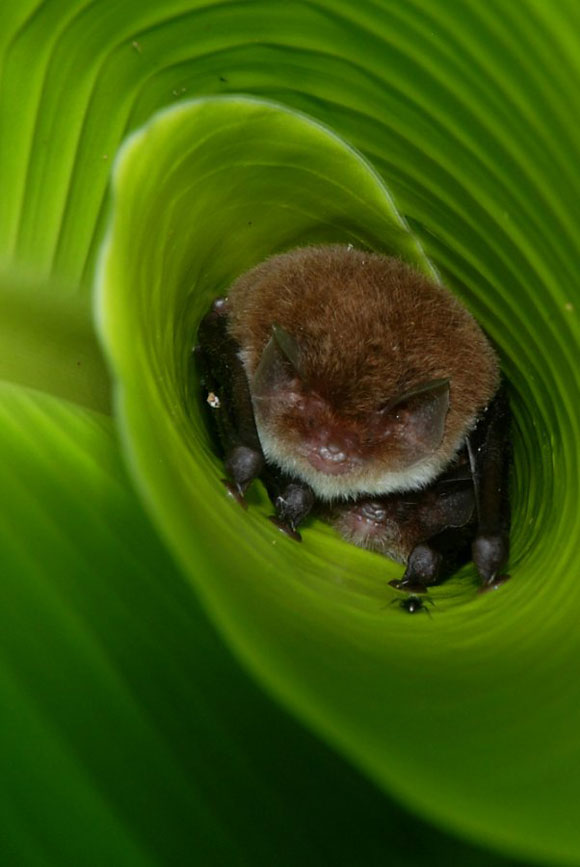 The curled up leaves also amplified the intensity of outgoing response calls, but not to the same extent as the incoming calls.

Gloriana Chaverri, lead author of the study and professor at the University of Costa Rica, explained to Discovery News how the leaves were able to amplify the bat calls. She said:

Leaves appear to amplify incoming calls as sound waves get increasingly compressed when they enter the leaves. Outgoing calls are amplified possibly due to sound directionality: Instead of sound[s] being dispersed over a large area, they are aimed in a specific direction and so retain most of the energy of the original sound.

Bottom line: Spix’s disc-winged bats that roost in the curled up leaves of tropical plants are able to better hear their companions, a new study suggests. The large tropical leaves were shown to amplify incoming calls from wandering bats searching for their social group. This is the first evidence showing that roosts can play a role in improving acoustic communication among bats. The research was published on October 16, 2013 in the journal Proceedings of the Royal Society B.

When flying through the bat cave, be sure to bring a map