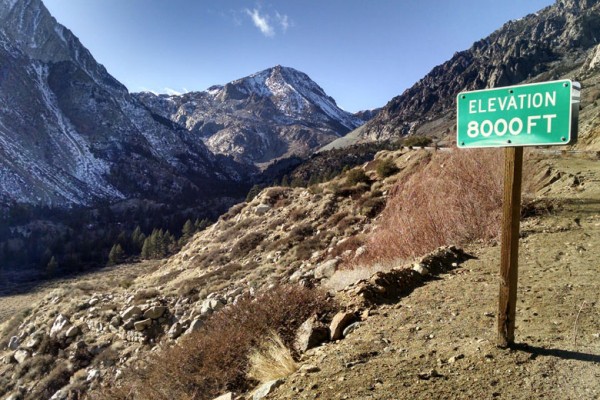 Atmospheric patterns like those that appeared during the latter half of California’s ongoing multiyear drought are becoming much more common, according to study published April 1, 2016 in the journal Scientific
Advances.

The team of researchers analyzed the occurrence of large-scale atmospheric circulation patterns that have occurred during California’s historical precipitation and temperature extremes.

Lead researcher Noah Diffenbaugh is an associate professor of Earth system science at Stanford University. Diffenbaugh said in a statement:

The current record-breaking drought in California has arisen from both extremely low precipitation and extremely warm temperature. In this new study, we find clear evidence that atmospheric patterns that look like what we’ve seen during this extreme drought have in fact become more common in recent decades.

Image from the International Space Station (ISS) as it flew over California. Image credit: Stuart Rankin/Flickr

The researchers found robust increases in the occurrence of atmospheric patterns resembling what has occurred during the latter half of California’s ongoing multiyear drought.

Daniel Swain is first author of the study and a graduate student in Diffenbaugh’s lab. Swain said:

California’s driest and warmest years are almost always associated with some sort of persistent high pressure region, which can deflect the Pacific storm track away from California.

Since California depends on a relatively small number of heavy precipitation events to make up the bulk of its annual total, missing out on even one or two of these can have significant implications for water availability.

Blocking ridges are regions of high atmospheric pressure that disrupt typical wind patterns in the atmosphere. Scientists concluded that one such persistent ridge pattern— which Swain named the Ridiculously Resilient Ridge (the Triple R) — was diverting winter storms northward and preventing them from reaching California during the state’s drought. In 2014, researchers published findings that showed that the increasing occurrence of extremely high atmospheric pressure over this same part of the Northeastern Pacific is “very likely” linked to climate change.

The group next wanted to investigate whether the particular spatial pattern associated with the Triple-R has become more common. Swain said:

We found that this specific extreme ridge pattern associated with the ongoing California drought has increased in recent decades.

That might sound contradictory, but it’s not, the scientists say. Imagine looking at a 10-year period and finding that two of the years are wet, two are dry, and the rest experienced precipitation close to the long-term average. Now imagine another decade with three very dry years, three very wet years, and only four years with near-average precipitation. Swain said:

What seems to be happening is that we’re having fewer ‘average’ years, and instead we’re seeing more extremes on both sides. This means that California is indeed experiencing more warm and dry periods, punctuated by wet conditions.

Bottom line: In a new study published April 1, 2016 in Scientific Advances, researchers analyzed the occurrence of large-scale atmospheric circulation patterns that have occurred during California’s historical precipitation and temperature extremes. The study suggests that atmospheric patterns like those that appeared during the latter half of California’s ongoing multiyear drought are becoming much more common.