Why a World Oceans Day? Consider that Remdesivir, an antiviral medication now undergoing clinical trials as a possible Covid-19 treatment, contains compounds found in sea sponges. Innovation for a Sustainable Ocean is the theme for World Oceans Day 2020. 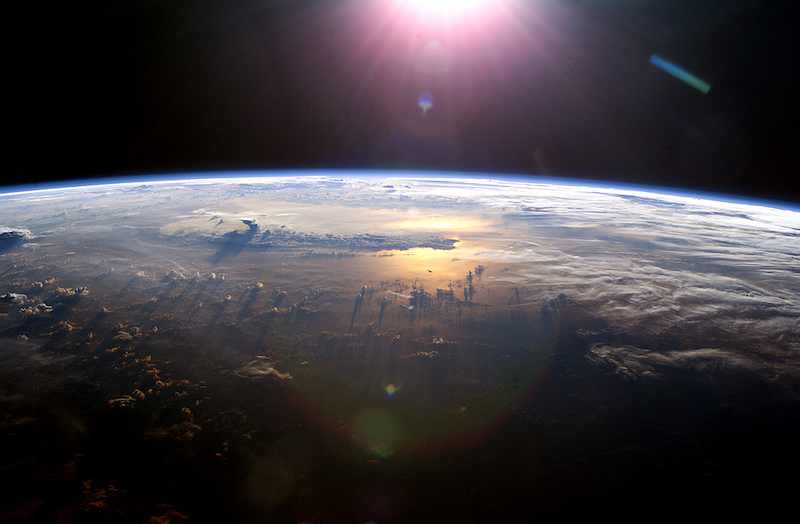 The Pacific Ocean, viewed from the International Space Station. Image via NASA. Longing for the sea? Check out these photos from the EarthSky community.

World Oceans Day has been celebrated every year on June 8 since 1992. It’s a day to raise awareness about how we’re connected – no matter where we live – to the oceans, and about what we can do to protect ocean habitats. This year’s theme – announced by United Nations World Oceans Day 2020 – is Innovation for a Sustainable Ocean. The day is meant to focus on new ideas, techniques, and products for a more sustainable management of our oceans’ resources.

It’s widely recognized that Earth’s oceans are critical to human survival. More than half the oxygen in our atmosphere is generated via photosynthesis by phytoplankton and seaweed in oceans. Millions of people depend on fish and other marine animals for food. Research in some marine organisms have led to the development of new medications; for example, the drug remdesivir, an antiviral medication currently being evaluated in clinical trials as a treatment for Covid-19, contains compounds that are found in some sea sponges. Earth’s climate is regulated by ocean currents known as global conveyor belts.

Perhaps the best reason we’ve seen to celebrate and protect Earth’s oceans comes from the 2013 video below, featuring Sylvia Earle, who is a National Geographic Society Explorer-in-Residence and perhaps the world’s most recognized living oceanographer. In the video, among other things, Earle says:

I think of the ocean as the blue heart of the planet.

We, too, are sea creatures.

Canada made the original proposal for World Oceans Day in 1992 at the Earth Summit in Rio de Janeiro, Brazil. The day was unofficially celebrated on June 8 until 2008, when the United Nations officially recognized it. Since then, World Oceans Day has been coordinated internationally by The Ocean Project and the World Ocean Network. These organizations say they have had greater success and global participation each year.

We know that human activities have adversely affected the health of oceans: pollution, over-fishing, seawater acidification due to increased carbon dioxide, ocean warming, habitat destruction. There is so much to do to repair the damage.

In 2020, organizations such as aquariums and marine research institutions – which would otherwise host public events for World Oceans Day – are unable to do it due to the Covid-19 pandemic. Some online events and cleanups are listed at the World Oceans Day website.

There are also things you can do on your own, on this day or any other. If you live near an ocean, perhaps join a shoreline cleanup (with appropriate social distancing during this time of pandemic).

Even if you’re not near the sea, you can encourage your seafood retailers and favorite seafood restaurants to to source their seafood more sustainably (Monterey Bay Aquarium’s Seafood Watch program is a terrific resource).

And we can all reduce our use of plastics with reusable shopping bags and refillable water bottles, and by using biodegradable products over plastic.

Plus we can contemplate the sea, and teach our children to love it. Show your kids the sea creature below, just announced a couple of months ago … perhaps the longest living animal ever recorded! Happy World Oceans Day, everyone! 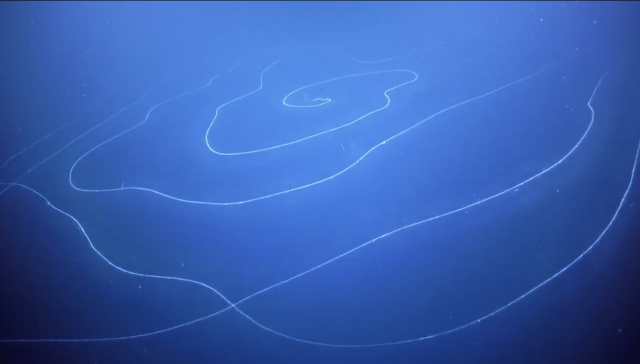 The thin, white spiral in this aerial image is a living creature, reported on in April 2020 by scientists. They said this 150-foot (46-meter) siphonophore might be the the longest animal ever recorded. The massive gelatinous siphonophore was discovered during a month-long scientific expedition exploring the submarine canyons near Ningaloo in the Indian Ocean off the coast of Western Australia. Read more and see a video.

Bottom line: June 8, 2020, is World Oceans Day. This year’s theme is Innovation for a Sustainable Ocean. You can find some online events for June 8 at the World Oceans Day website.

Longing for the sea? Check out these photos from the EarthSky community.