As glaciers melt, streams carry more mercury into the ocean, increasing risk of mercury poisoning in humans and wildlife in Greenland and in adjacent coastal countries. 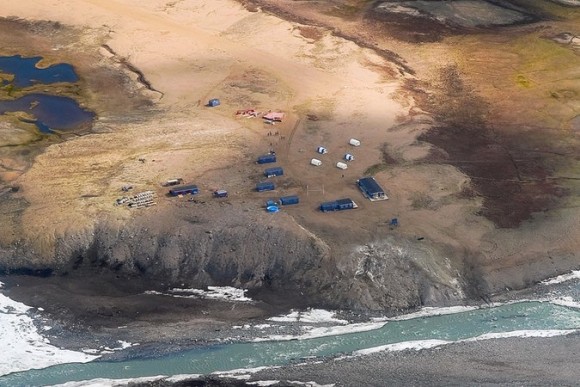 This article is republished with permission from GlacierHub. This post was written by Yunziyi Lang.

Mercury contamination has long been a threat to animal carnivores and human residents in the Arctic. Mercury exports from river basins to the ocean form a significant component of the Arctic mercury cycle, and are consequently of importance in understanding and addressing this contamination.

Jens Søndergaard of the Arctic Research Centre of Aarhus University, Denmark and his colleagues have been conducting research on this topic in Greenland for a number of years. They published results of their work in the journal Science of the Total Environment in February 2015. Søndergaard and his colleagues assessed the mercury concentrations in and exports from the Zackenberg River Basin in northeast Greenland for the period 2009 – 2013. This basin is about 514 square kilometers in area, of which 106 square kilometers are covered by glaciers. Glacial outburst floods have been regularly observed in Zackenberg River since 1996. This study hypothesized that the frequency, magnitude, and timing of the glacial outburst floods and associated meteorological conditions would significantly influence the riverine mercury budget. Indeed, they found significant variation from year to year, reflecting weather and floods. The total annual mercury release varied from 0.71 kg to over 1.57 kg. These are significant amounts of such a highly toxic substance. 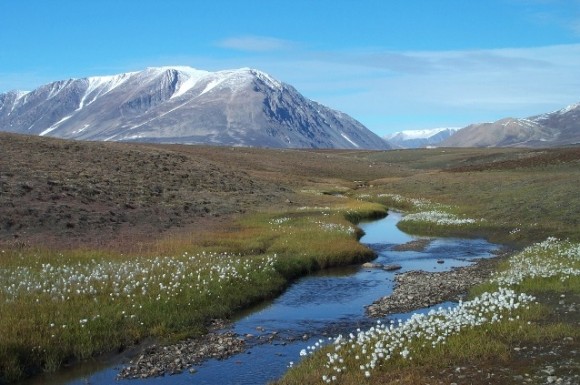 Søndergaard and his colleagues found that sediment-bound mercury contributed more to total releases than mercury that was dissolved in the river. Initial snowmelt, sudden erosion events, and glacial lake outburst floods all influenced daily riverine mercury exports from Zackenberg River Basin during the summer, the major period of river flow. The glacial lake outburst floods were responsible for about 31 percent of the total annual riverine mercury release. Summer temperatures and the amount of snowfall from the previous winter also played important roles in affecting the annual levels of mercury release. The authors note that releases are likely to increase, because global warming is contributing to greater levels of permafrost thawing in the region; this process, in turn, destabilizes river banks, allowing mercury contained in them to be discharged into rivers.

Mercury produces adverse health effects even at low levels. It is commonly known that mercury is toxic to the nervous system. According to the U.S. Environmental Protection Agency (EPA), consuming mercury-contaminated fish accounts for the primary route of exposure for most human populations. Mercury can also threaten the health of the seabirds and marine mammals which consume fish—and which Greenlandic populations. The release of riverine mercury in Zackenberg might not have strong influence in this remote region of northeast Greenland, far from human settlements and with few fisheries to date. However, the total yearly released mercury from all the river basins in Greenland is more significant, and is growing. There is a significant risk of transport in marine ecosystems through food chains, causing mercury poisoning among humans and wildlife in Greenland and in adjacent coastal countries.