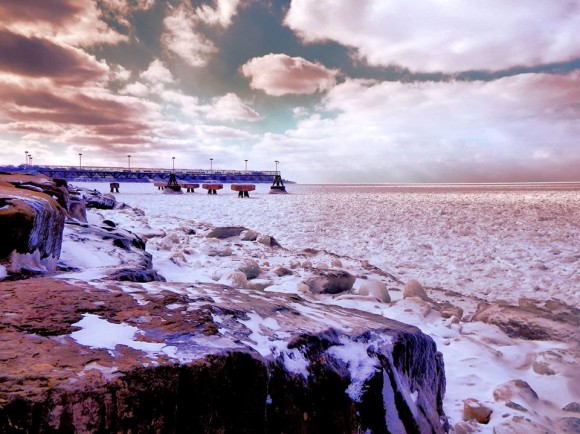 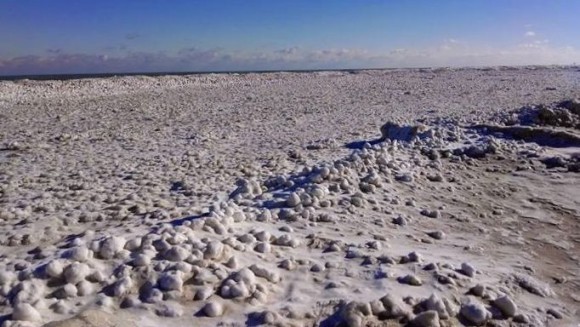 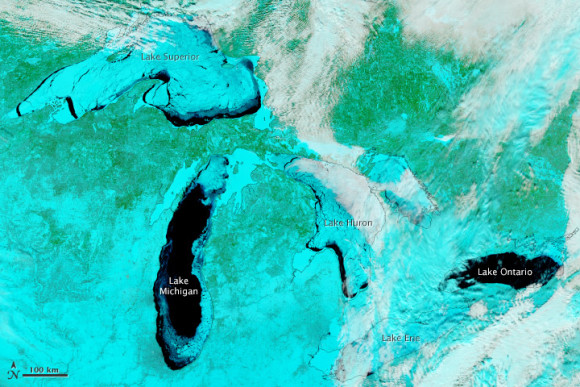 NASA’s Aqua satellite acquired this image on February 19, when ice covered 80.3 percent of the lakes. This false-color image uses a combination of shortwave infrared, near infrared, and red (MODIS bands 7-2-1) that helps distinguish ice from snow, water, and clouds. Ice is pale blue (thicker ice is brighter), open water is navy, snow is blue-green, and clouds are white or blue-green (depending on temperature and composition). Image via NASA.

Ice cover on North America’s Great Lakes reached 88 percent in mid-February 2014, levels not observed since 1994. The average maximum ice extent since 1973 is just over 50 percent. It has surpassed 80 percent just five times in four decades.

Persistently low temperatures across the Great Lakes region are responsible for the increased areal coverage of the ice.

Cold air and winds remove heat from the fresh water until it reaches the freezing point, at which point ice begins to form on the surface. Kurtz added:

Low temperatures are the dominant mechanism for thickening the ice, but secondary factors like clouds, snow, and wind also play a role.

Scientists say that there was an early ice season this year, owing to cold temperatures in the fall and early winter. Ice was reported on bays and harbors of the Great Lakes as early as the end of November, as opposed to the normal timing of mid-December.