On March 5, NOAA reported that ice cover over North America’s Great Lakes had reached 91 percent. The lakes have not been so covered with ice since 1973. 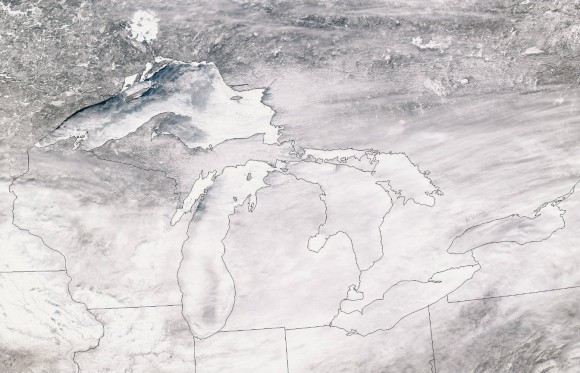 According to a NOAA report, ice cover over North America’s Great Lakes had reached 91 percent – the highest this year. The record high ice coverage of 94.7 percent was set in 1979. According to NOAA, several more days of very cold temperatures and low wind speeds could result in a new record. That will depend on conditions in Lake Ontario, since the other lakes are already mostly covered in ice.

Scientists say that persistently low temperatures across the Great Lakes region are responsible for the increased coverage of the ice. And there was an early ice season this year, owing to cold temperatures in the fall and early winter. Ice was reported on bays and harbors of the Great Lakes as early as the end of November, as opposed to the normal timing of mid-December. Many cities around the Great Lakes are enduring one of their top-five coldest winters on record, according to the National Weather Service.