Authors of a cover story in journal Nature this week called for immediate global action to reduce the magnitude of climate warming in order to secure a future for coral reefs. 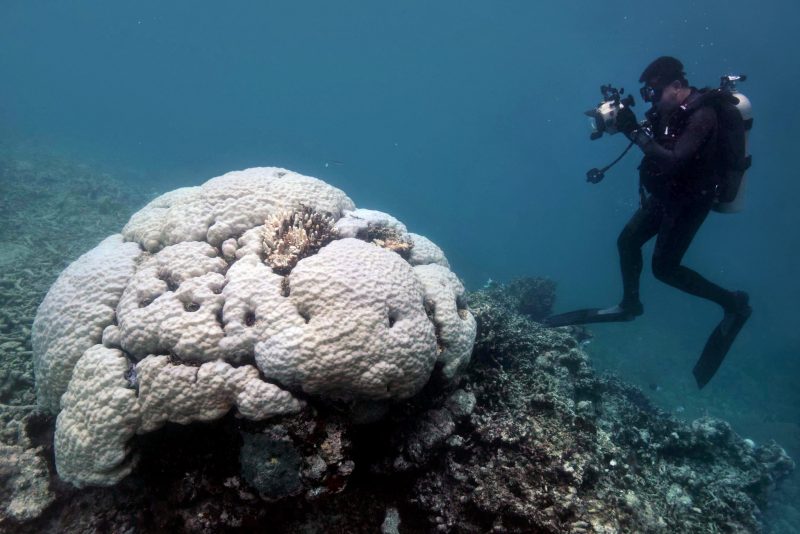 Great Barrier Reef – the world’s largest reef system – is being increasingly affected by climate change, according to the authors of a cover story in the March 15, 2017 issue of the peer-reviewed journal Nature. Large sections of the reef are now dead, these scientists report. Marine biologist Terry Hughes of the ARC Center of Excellence for Coral Reef Studies led a group that examined changes in the geographic footprint – that is, the area affected – of mass bleaching events on the Great Barrier Reef over the last two decades. They used aerial and underwater survey data combined with satellite-derived measurements of sea surface temperature. Editors at Nature reported:

They show that the cumulative footprint of multiple bleaching events has expanded to encompass virtually all of the Great Barrier Reef, reducing the number and size of potential refuges [for fish and other creatures that live in the reef]. The 2016 bleaching event proved the most severe, affecting 91% of individual reefs.

The NY Times published this map on March 15, 2017, based on information from the ARC Centre of Excellence for Coral Reef Studies. It shows that individual reefs in each region of the Great Barrier Reef lost different amounts of coral in 2016. Numbers show the range of loss for the middle 50% of observations in each region. Study authors told the NY Times this level of destruction wasn’t expected for another 30 years.

Hughes and colleagues said in their study:

During 2015–2016, record temperatures triggered a pan-tropical episode of coral bleaching, the third global-scale event since mass bleaching was first documented in the 1980s …

The distinctive geographic footprints of recurrent bleaching on the Great Barrier Reef in 1998, 2002 and 2016 were determined by the spatial pattern of sea temperatures in each year. Water quality and fishing pressure had minimal effect on the unprecedented bleaching in 2016, suggesting that local protection of reefs affords little or no resistance to extreme heat. Similarly, past exposure to bleaching in 1998 and 2002 did not lessen the severity of bleaching in 2016.

Many stressful environmental conditions can lead to bleaching, however, elevated water temperatures due to global warming have been found to be the major cause of the massive bleaching events observed in recent years. As the sea temperatures cool during winter, corals that have not starved may overcome a bleaching event and recover their [symbiotic dinoflagellates (algae)].

However, even if they survive, their reproductive capacity is reduced, leading to long-term damage to reef systems. 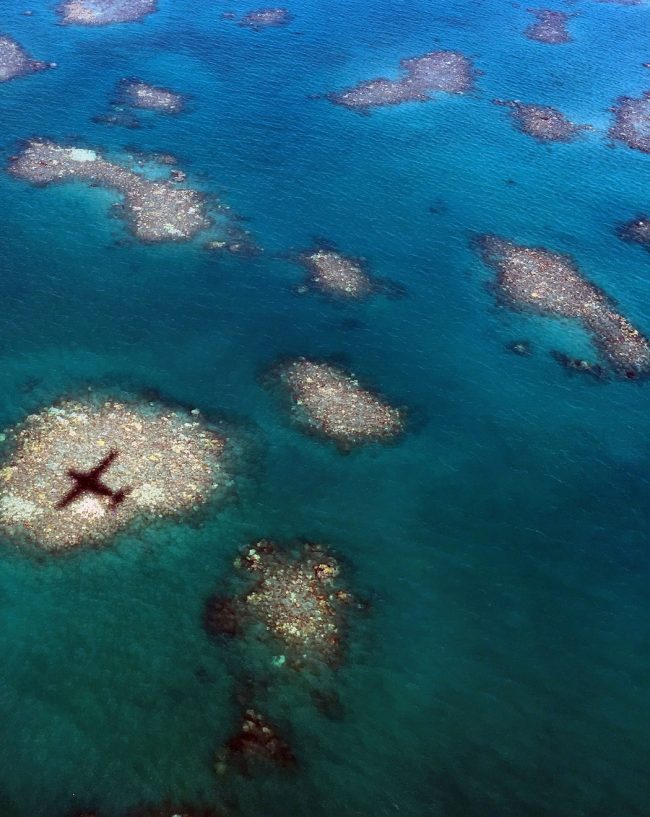 In March 2016, researchers could see bleached coral in the northern Great Barrier Reef from the air. Image via James Kerry/ARC Center of Excellence for Coral Reef Studies.

Bottom line: Authors of a cover story published on March 15, 2017 in the journal Nature called for action to curb warming, to help save coral reefs.