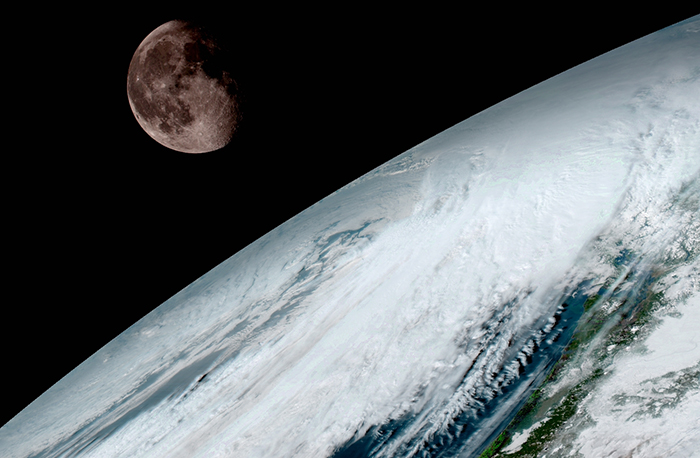 View larger. | GOES-16 captured this view of the moon as it looked across the surface of the Earth on January 15, 2017. Like earlier GOES satellites, GOES-16 will use the moon for calibration. Image via NOAA/NASA.

NOAA sounded thrilled on January 23, 2017 about the release of the first images from orbit by the GOES-16 satellite. This new satellite lifted off from Cape Canaveral on November 19, 2016, and, according to NOAA:

The release of the first images today is the latest step in a new age of weather satellites. It will be like high-definition from the heavens.

This is such an exciting day for NOAA! One of our GOES-16 scientists compared this to seeing a newborn baby’s first pictures — it’s that exciting for us. These images come from the most sophisticated technology ever flown in space to predict severe weather on Earth. The fantastically rich images provide us with our first glimpse of the impact GOES-16 will have on developing life-saving forecasts. 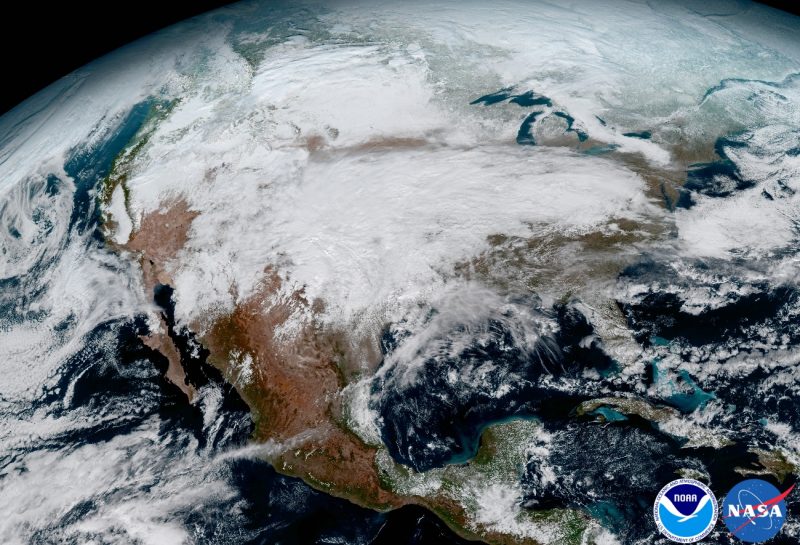 View larger. | This GOES image shows the significant storm system that crossed North America that caused freezing and ice that resulted in dangerous conditions across the United States on January 15, 2017, resulting in loss of life. GOES-16 scientists say the satellite will offer 3x more spectral channels with 4x greater resolution, 5x faster than ever before, leading to more accurate weather forecasting. Image via GOES Image Gallery. 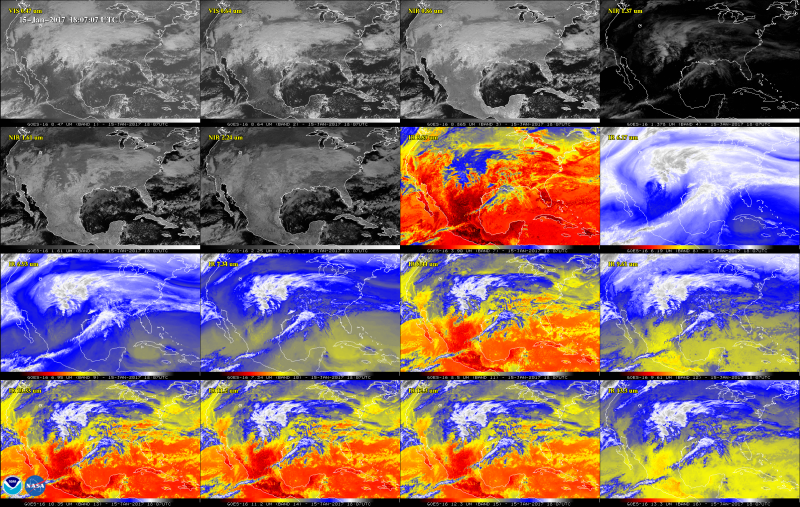 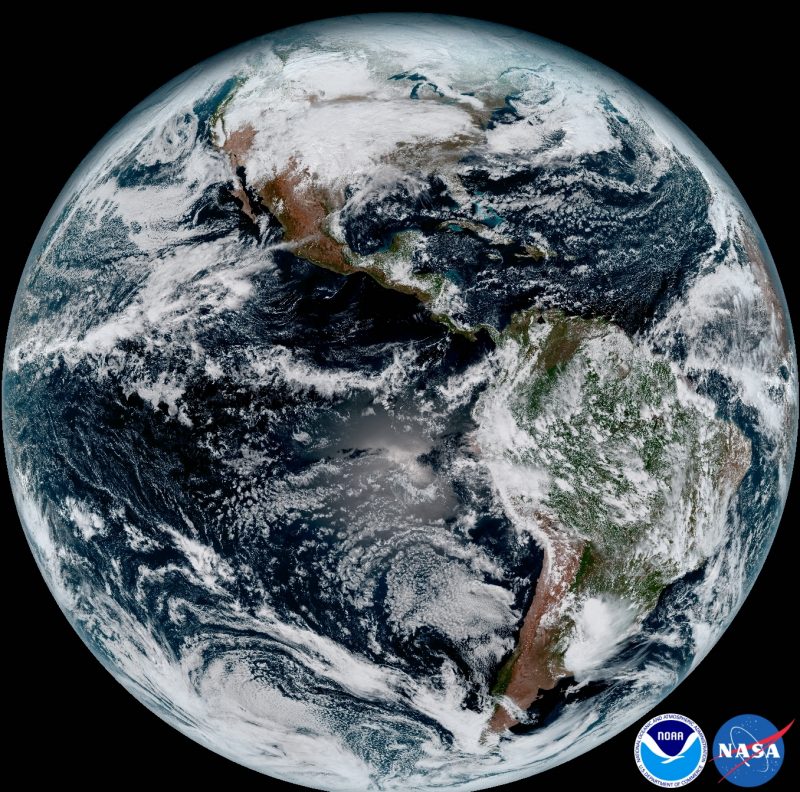 View larger. | The GOES-16 Advanced Baseline Imager also acquired the images to make this composite color image of Earth. It’s from 1:07 p.m. EDT on January 15, 2017 and was created using several of the instrument’s 16 spectral channels . The image shows North and South America and the surrounding oceans. GOES-16 observes Earth from an equatorial view approximately 22,300 miles high (35,888 km high), which is why, NOAA said, it’s able to create “full disk images like these, extending from the coast of West Africa, to Guam, and everything in between.” Image via GOES Image Gallery.