EarthSky’s Science Communicator of the Year says that telling people about how scientists work is a key to communicating the science of climate change.

“Most people hear what they know about climate change from a politician, from a headline, from a sound bite, from a joke in a bar,” said climate scientist Gavin Schmidt, who was selected by EarthSky’s 1,000+ Global Science Advisors as our Science Communicator of the Year. “They don’t know where to go to get the real information.” 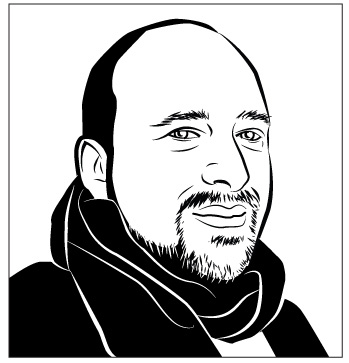 Schmidt – a climate scientist at the NASA Goddard Institute for Space Studies, who uses computer models to research the variability of ocean circulation and climate – is co-founder and contributor to the website RealClimate. He said he believes that telling people about how scientists work is a key to communicating the science of climate change. He spoke with EarthSky’s Jorge Salazar.

Give us a sense of what’s really happening with climate change on our planet right now.

I think it’s far more important that people get a sense of the science as a work in progress, rather than one particular message or piece of content knowledge getting hammered home.

Most of the science news is concerned with stuff at the cutting edge, stuff at the uncertainty bounds, the edge of what we know. Very few of the stories are telling people what we know quite well. They’re always focused on what the uncertainties are. And that’s because that’s where scientists are focused. But it isn’t necessarily where the public sees the need for information.

So there’s a huge need for the context. What was the process that led to these climate change science stories coming out? I know that’s more complicated. It’s not a soundbite. It’s not something that one can encapsulate in a headline. But it is one of the things that scientists can provide much more readily than advocates, or journalists, or commentators. It’s that sense of progression. That sense of science as a process.

What have you found that works in communicating science to non-scientists?

Telling people about scientists, not just about science. People respond very well to narratives, to stories involving people. Science is not just a dry, computational effort. It is, in fact, one of the greatest, most successful human endeavors that we’ve ever embarked upon.

There’s a great story there, the story of how we’ve wrestled information out of the records that have been left in the ice, or in ocean mud, or in tree rings, of how the system has changed in the past and how we worked out why these things have changed in the past. Those are all human stories. The conclusions are very interesting. But how we got to those conclusions are far more fascinating to average people than actual knowledge. People want to know that the people who are investigating this are doing their best and are competent at what they’re doing. And some of them are brilliant.

You can get that across by talking to people about people. One of my presentations that I give to the general public involves photographs and imagery of scientists in the field, trying to wrestle that information out of the system. That’s a really hard job and people realize the challenge involved. They realize the challenge involved in putting it all together and trying to make sense of the big picture changes that we can see happening now. It’s that human story, that human narrative that gets people’s attention. 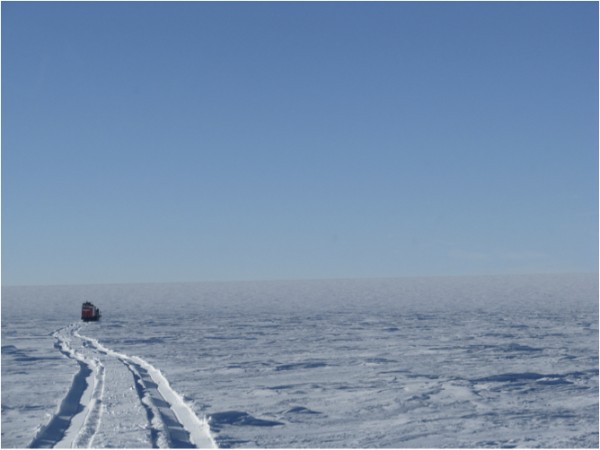 Scientists are enormously respected in the public discourse, far more so than politicians or journalists. And that respect can’t be taken for granted. It has to be continually re-earned. And we do that by showing what scientists are actually doing. I think that one of the roles for science communicators is really to showcase the depth and breadth of experiences and work that’s going on in all parts of the world, from all kinds of different people, but who are all contributing to the body of work that is climate science.

Do you think people today are more informed or less informed about climate change, compared to, say, five years ago?

It depends very much on where you are in the world and what is it you’re trying to convey. In the last few years in the U.S. the discussion about climate change has become more politicized. That’s made it harder to have serious conversations without people taking it to some whole other level very, very quickly in some quarters.

Now when we get calls, people want to know, for example, how black carbon regulation can fit alongside the Kyoto Six gases and have it all work in a coherent manner that we can measure. The questions are much more technical. They’re much more to the point. And they work from a basis of shared understanding, although that isn’t necessarily reflected in statements that politicians make on the stump. But I think that we all understand that when people are campaigning, they’re not necessarily the most nuanced of communicators of what’s going on.

There has been an unfortunate tendency in a segment of the American political landscape to turn away from what the science is saying. But if you talk to the people who are making decisions and formulating policies, you find that people have a much more nuanced understanding of what’s going on than they did five or ten or fifteen years ago. And I think that’s a very positive sign.

What’s the most important thing you’d like people today to know about communicating science?

I think you can’t go wrong communicating about scientists. Tell people what you do, why you get out of bed in the morning, what excites you, why it excites you, and where’s that’s led you. People are fascinated by that story. And they’re amazed that the efforts of individuals like scientists have led to such a profound understanding of how the world works and our place in it. Talk about what you do why you love it. That’s the bottom line.

Listen to the 90-second and 8-minute interviews with Gavin Schmidt about communicating climate change, at the top of the page.

Gavin Schmidt is the EarthSky Science Communicator of the Year