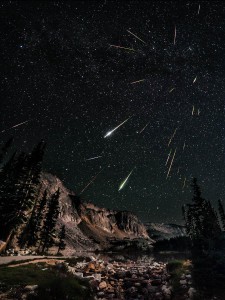 This awesome image is from our friend David Kingham. He writes: “A view of the Perseids from Snowy Range in Wyoming on Saturday night/Sunday morning. This is a composite of 23 images taken over a 7 hour period.

Thank you! Your submission has been received!
Oops! Something went wrong while submitting the form.
END_OF_DOCUMENT_TOKEN_TO_BE_REPLACED