View from space: Flooding in eastern Australia in early February, 2013

By early February, the Weir River in eastern Australia had broken its banks and spread onto the surrounding floodplain, as had nearby rivers.

A NASA satellite acquired two images that dramatically show recent flooding in eastern Australia. The first image, below, is from this week (February 4, 2013). The second image is from January 23, 2013. On January 23, the Weir River in southern Queensland was barely discernible. By February 4, the river had broken its banks and spread onto the surrounding floodplain, as had nearby rivers. The Australian Bureau of Meteorology warned of major river flooding in the region, including floods along the Weir and Macintyre Rivers. 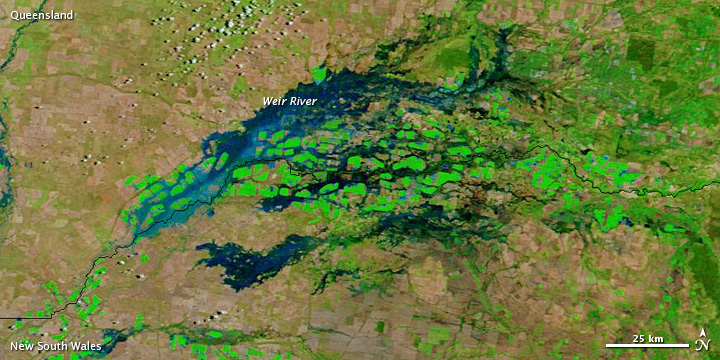 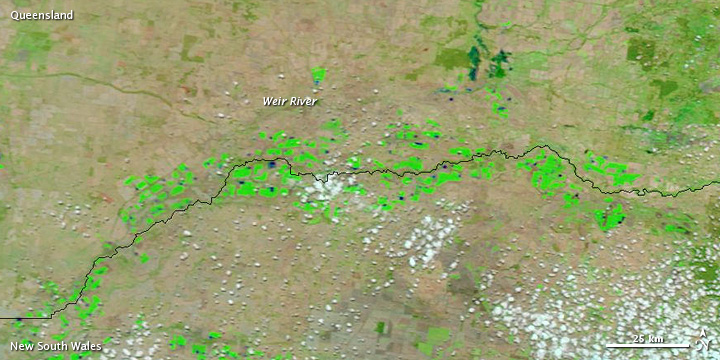 These images show an area 300 kilometers (200 miles) inland from Australia’s east coast, where a network of rivers runs along the border between Queensland and New South Wales.

Read more about these images from NASA Earth Observatory.