These five animals are as transparent as ghosts … but they’re real! 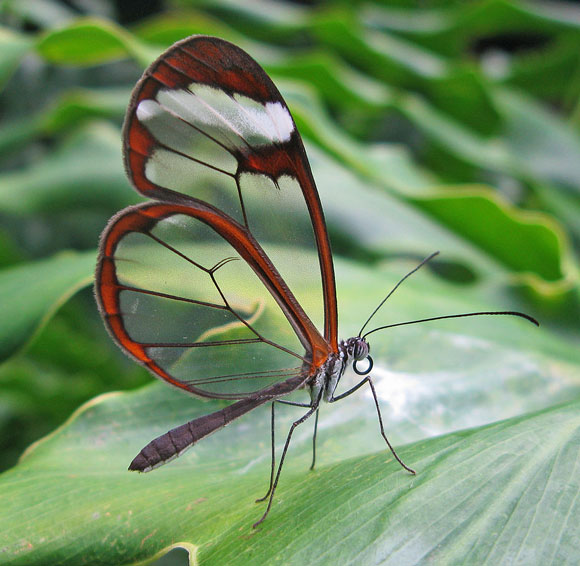 Several types of animals have evolved body structures that are transparent to light—the light is neither reflected nor absorbed, instead, it passes right through their bodies and renders them nearly “invisible.”

Transparency is also a common feature in many cave-dwelling organisms. These organisms are not exposed to sunlight, and therefore, they do not need to manufacture light-absorbing pigments to protect their sensitive DNA from being damaged by ultraviolet radiation.

Although transparency is rare in animals that live on land, there are a few such animals with see-through structures.

Below are five examples of transparent animals from each of these habitats. 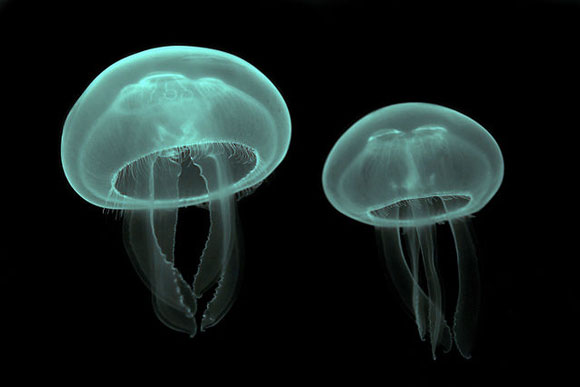 1. Moon jelly (Aurelia aurita). Moon jelly, also known as moon jellyfish, live in the open ocean where they drift along with ocean currents. They range in size from about 25 to 40 centimeters (10 to 16 inches) in diameter. Moon jelly feed on plankton and other small sea creatures. Their transparent bodies help them avoid detection by predators such as large fish, sea turtles, and sea birds. 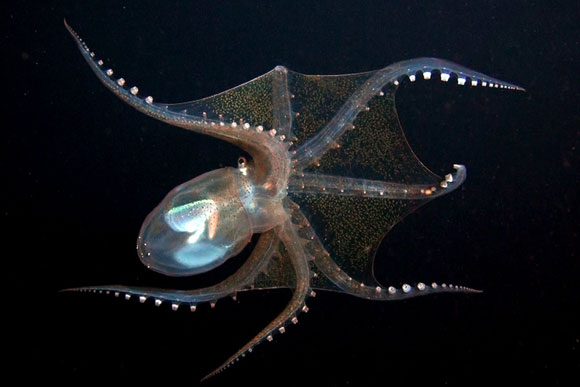 2. Glass octopus (Vitreledonella richardi). Not much is known about the rare glass octopus that lives in deep ocean waters, but its transparent body is thought to help it both catch prey and avoid becoming prey. The remarkable photo posted above was captured from the DeepSee submersible on April 10, 2012. 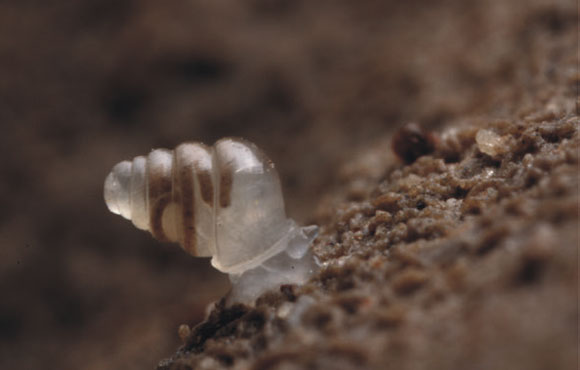 3. Domed land snail (Zospeum tholussum). Domed land snails are very small snails that have translucent shells. This species was first discovered deep within the Lukina Jama–Trojama cave system in Croatia during a 2010 expedition.

4. Glasswing butterfly (Greta oto). Glasswing butterflies live in the warm tropical regions of Central America. Their transparent wings are covered in nanometer-sized pillared structures that act as an anti-reflective coating, and light passes right through them. When the butterflies are in flight, predatory birds have a hard time tracking them. 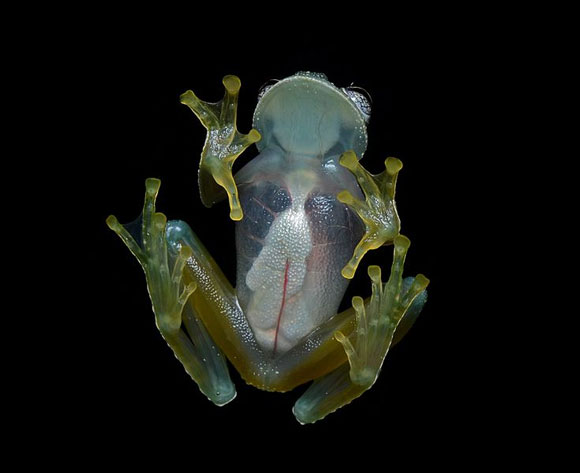 5. Glass frog (family Centrolenidae). Glass frogs have semitransparent skin on their backs, but see-through skin on their abdomens. These features help them to blend in among green leaves and avoid predators. Glass frogs live in the rainforests of southern Mexico, Central America, and South America. There are approximately 140 known species of glass frogs in existence.

Find the ghoul star of Perseus