Five science apps to check out in 2013

Science apps are revolutionizing the way in which we can explore our world. Here are five science apps you should check out in 2013.

From tiny molecules to gigantic planets, science apps can help you to explore the world in new ways. Five science apps that you should check out in 2013 if you haven’t already are Star Walk, SciSpy, NOVA Elements, What’s Invasive and NASA App.

Star Walk. Star Walk is an award-winning stargazing guide that was developed by Vito Technology. The app helps you to locate and identify over 20,000 objects in the night sky including stars, constellations, planets and satellites. This app has been on the market for a few years now so you may already have it. If you don’t already have Star Walk, get it, it’s outstanding. The app costs $2.99 and is available for the iPhone. 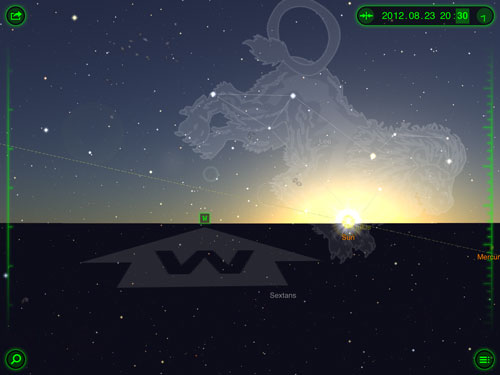 SciSpy. SciSpy is a nature photo sharing app. Discovery Communications developed the app to allow users to take pictures of all the unusual things they might encounter in nature – for example, insects, mushrooms, birds, butterflies and wildflowers – and share those pictures with others in the SciSpy community. When you upload a photograph it gets geotagged. Scientists are hoping to use the geotagged photos for future research projects. The app is free and is available for the iPhone.

NOVA Elements. NOVA Elements is an interactive periodic table. Periodic tables display information about the elements such as their atomic number and molecular weight. NOVA Elements does that and a whole lot more. With NOVA Elements you can also learn how the elements are used in everyday products, find out about other interesting facts and construct your own molecules. The app includes a game called “Essential Elements” and a full episode of NOVA’s “Hunting the Elements” hosted by David Pogue, a New York Times technology columnist. The app is free and is available for the iPad.

What’s Invasive! What’s Invasive is an app designed to help slow the spread of invasive species that can cause damage to the environment. With the app you can view a list of invasive plants and animals that live in your area. If you spot any of these species, you can send your GPS location back to experts along with any photographs or comments you would like to include. The app was developed by the Center for Embedded Network Sensing at the University of California, Los Angeles. The app is free and is available for the iPhone and Android phones.

NASA App. The NASA app is designed to help you access content produce by the U.S. National Aeronautics and Space Administration. This content includes over 157,000 images, mission information, live agency tweets, sighting opportunities for the International Space Station, videos, music and more. The app is free and is available for the iPhone and Android phones. Below is a beautiful video that was featured on the app. It depicts a solar eruption from the sun on December 31, 2012 that was captured by NASA’s Solar Dynamics Observatory.

Bottom line: Science apps are revolutionizing the way in which we can explore our world. Five science apps you should check out in 2013 are Star Walk, SciSpy, NOVA Elements, What’s Invasive and NASA App.

Now you can identify trees with your smartphone

Citizen scientists hit one million mark for observations of nature