Check out these dramatic shots of the July 3 dust storm – aka haboob – washing over Phoenix, Arizona. Thanks to all who posted on EarthSky’s Facebook page. 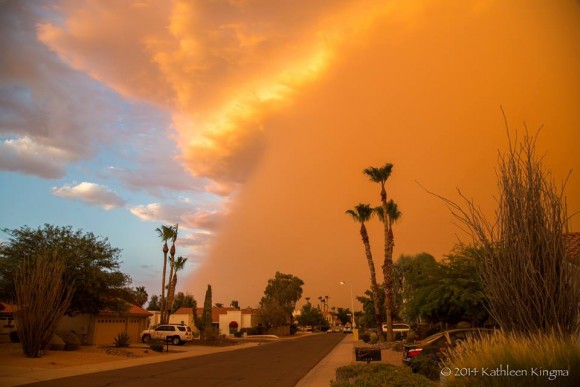 View larger. | Kathleen Kingma, an EarthSky friend on Facebook, caught this dramatic shot of the July 3 haboob in Phoenix.

Phoenix, Arizona got its first big dust storm yesterday (July 3, 2014). These storms, also known as haboobs, occur the summer months in the southwest United States. They’re caused by the monsoonal flow that helps provide rain for parts of Arizona. If some storms develop away from a dry area, then the outflow and winds from that storm can produce dust storms in the region. Check out these amazing images of yesterday’s storm! 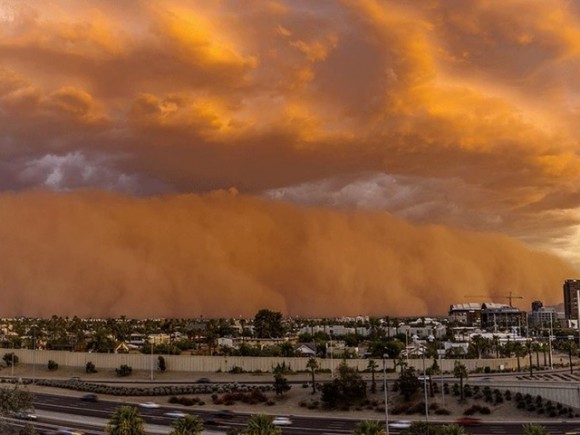 This photo of the July 3 haboob in Phoenix is by Richard Payne. Via Abc15.com 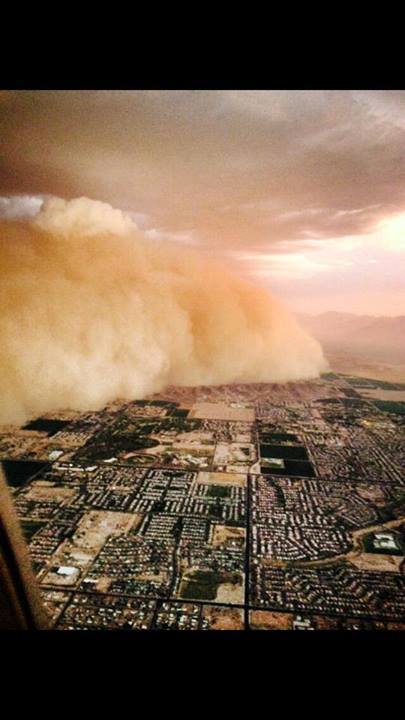 Benita Skalada as her plane took off from Phoenix Sky Harbor International Airport to St. Louis! She got out just in time. Via 12 News on Facebook. 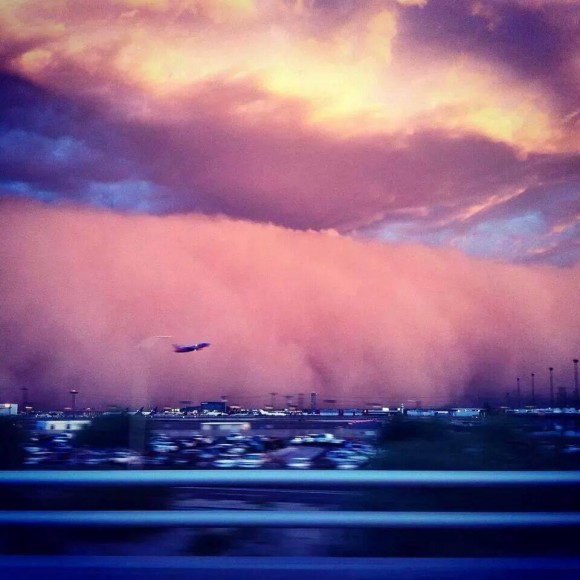 View larger. | Joe Mason on Facebook said, “Someone posted the ground view of what I would imagine to be Benita’s flight out if Sky Harbor.” Cool, yes?