The Chilean volcanic eruption on Saturday, June 4, 2011 reached six miles up into the sky and sent a plume of ash toward Argentina.

For the first time in half a century, the Puyehue-Cordón Caulle volcano in the Patagonia area of Chile erupted in a massive explosion on June 4, 2011. (A relatively small eruption occurred in 1990.) Erik Klemetti, a volcanologist at Denison University, reported on his blog site Eruptions that the resort town of San Carlos de Bariloche, Argentina, is being very heavily hit by ash from the eruption. Bariloche is about 62 miles (100 kilometers) east of the volcano and has a population of 50,000.

The Chilean government has begun to evacuate residents from a region near the volcano and has closed a border crossing between Chile and Argentina. Klemetti, as well as msnbc.com, reported that 3,500 residents were evacuating. Klemetti also reported that incandescence was spotted at the summit of the volcano. Below the following NASA image, you can see images of the volcanic ash blanketing Bariloche and a video of the eruption.

In this image taken by the NASA Aqua satellite on June 4, the tan plume of the volcano is visible towering above white clouds in the upper-left part of the image. 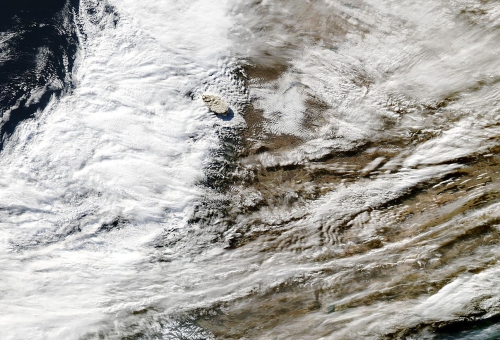 The images below are from an on-the-ground reporter/photographer Fabio, whose blog (in Spanish) you will find here. Fabio was in San Carlos de Bariloche on Saturday when the eruption began, and he reports from there as well as sends the world these striking images. 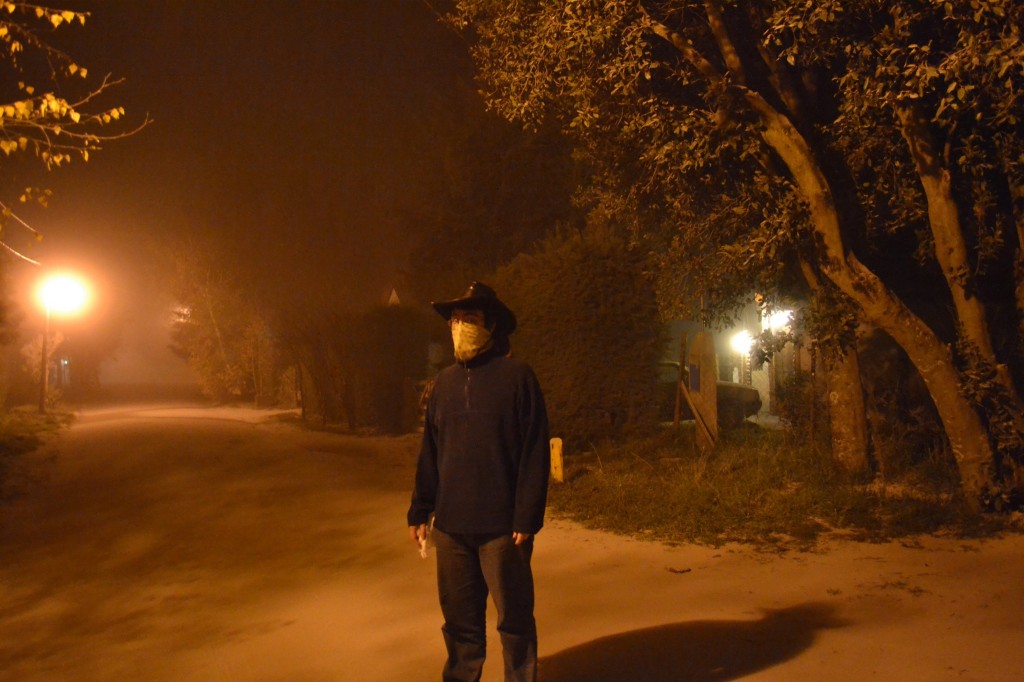 You will find more of Fabio’s wonderful images on his blog page.

Finally, there is this video of the eruption.

Summary: Preceded by hundreds of small earthquakes, the Puyehue-Cordón Caulle volcano in Chile erupted in a massive explosion on June 4, 2011, sending a plume of ash eastward toward the resort town of San Carlos de Bariloche in Argentina. The Chilean government has begun the evacuation of approximately 3,500 residents.