Saturday, September 6, 2014, is the first World Shorebird Day. How to participate, here.

Today – September 6, 2014 – is the first-ever World Shorebird Day. It’s when shorebird enthusiasts from around the globe can participate in celebrating these beautiful creatures. György Szimuly – a bird conservationist in Milton Keynes, England – proposed and organized the event as a way to raise awareness about global shorebird research and conservation efforts. To celebrate World Shorebird Day, you can:

Count shorebirds. Although World Shorebird Day isn’t exclusively a citizen science program, it is an effort to raise awareness of the importance of regular bird monitoring as a core element of shorebird protection and habitat conservation. Click here to learn to participate in shorebird counts.

Or just enjoy the beautiful video above, from the Nature Conservancy, showing migrating shorebirds in Skagit County, Washington at one of the Conservancy’s Farming for Wildlife project sites. At this site, farmers are flooding their fields to create new habitat for shorebirds.

Have a good day, shorebird fans! 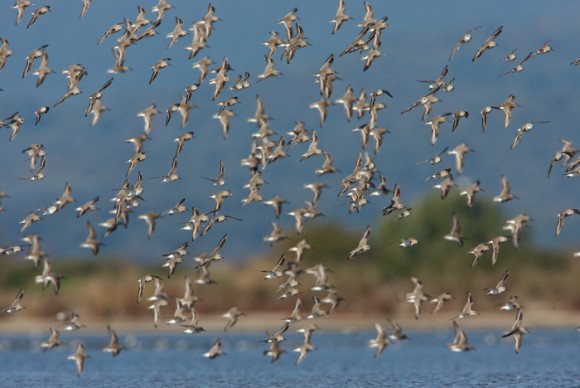 Counting is one of the key events of World Shorebirds Day. Photo via World Shore Bird Day.

Bottom line: Saturday, September 6, 2014, is the first World Shorebird Day. How to participate – and a beautiful shorebird video – here.