Fires burning out of control in Southern California

Fires are burning out of control across parts of Southern California. Dry, windy, and hot weather conditions are slowing down the efforts to put out the fires. 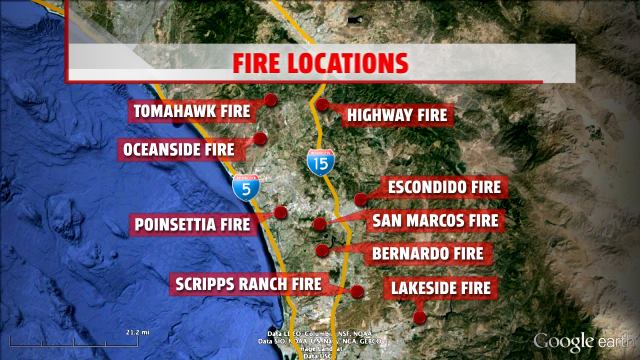 On Wednesday, May 14, 2014, pockets of wildfires developed across parts of San Diego County in Southern California. The fires appeared quickly in the afternoon hours and forced thousands of people to evacuate from homes and businesses. The mixture of drought conditions, dry weather, and very hot temperatures contributed to the spread of the fires across several acres of land. The fires were primarily located north of downtown San Diego. Nine separate wildfires have been accounted for and has burned over 9,100 acres in San Diego County this week. For now, it is unknown as to how the fires were started. 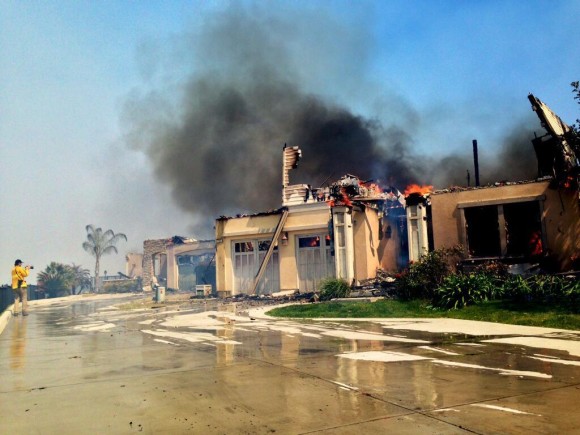 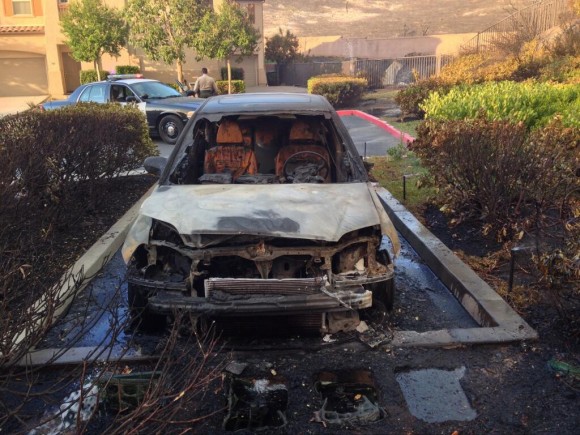 A vehicle completely burned from the inside out. Image Credit: Rielle Creighton

Thousands of homes, schools, and businesses were forced to evacuate as fires grew across parts of San Diego County. Fires pushed into homes, burned buildings and destroyed vehicles. Some of the worst fires were located in Carlsbad, California. According to Fox 5 in San Diego, there are nearly a dozen spots all across the county experiencing wildfires. A combination of low humidity, record breaking hot temperatures, and gusty winds are really hurting the recovery efforts across Southern California. The Poinsettia Fire in Carlsbad is 50% contained as of Thursday morning (May 15, 2014). Governor Jerry Brown has declared a state of emergency for San Diego County. 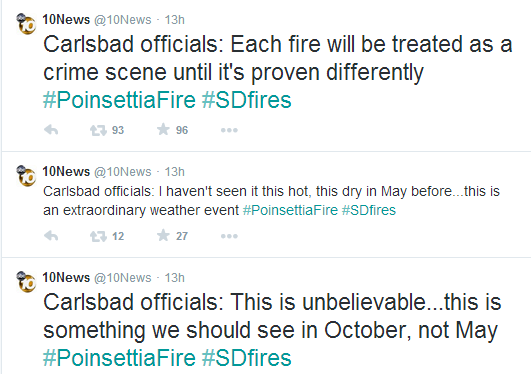 Temperatures are nearly 20 to 30 degrees above average across portions of Southern California. Many areas broke record high temperatures over the past week. Temperatures have climbed into the 90s and are approaching the century mark. Average high temperatures for this time of the year is typically in the upper 60s to low 70s. Extremely hot temperatures and windy conditions are making it difficult for fire fighters to contain the fires in parts of Southern California. According to Jeff Masters of Weather Underground, for the second consecutive day, the Los Angeles Airport set a record for the hottest May temperature since record keeping began in 1944. 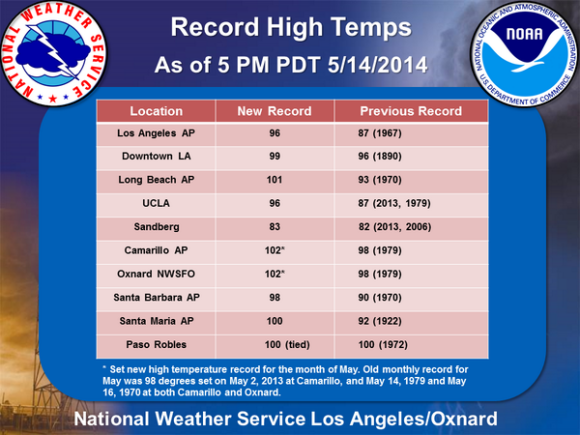 A hundred percent of the state of California is now under a severe drought or worse. Over 76% of the state is currently under extreme drought. The rainy months of January, February, and March did not provide any relief across the region. With drier days expected as we progress into the summer months, drought conditions will likely continue to worsen. The only hope for rain will be the developing El Niño that is likely to form this summer/fall. In an El Niño pattern, the West Coast typically sees a surge of wet weather, especially during the winter months. 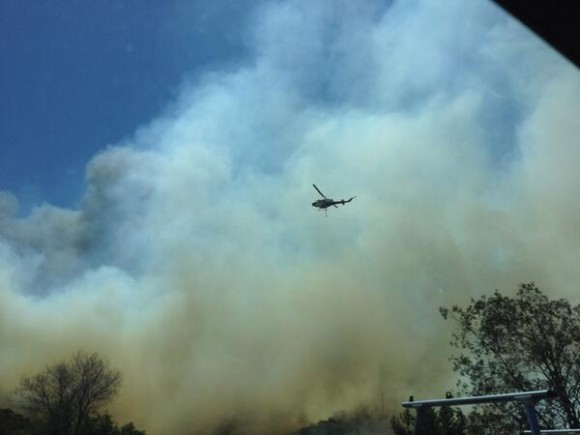 The fires are so large that Doppler radar indicated the plume of smoke spreading over several miles around San Marcos. 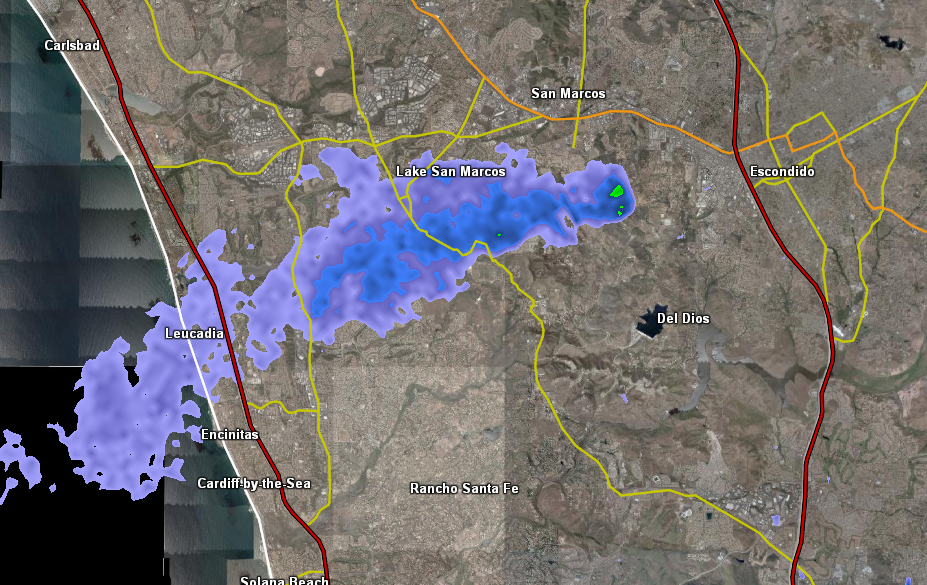 Bottom line: Dry, hot, and windy weather conditions are fueling wildfires as they spread across parts of Southern California. Thousands of residents were forced out of their homes to escape the flames. Around 9,100 acres have been burning, and the weather conditions will continue to be unfavorable to fight off the flames. It is uncertain as to how the fires formed. For now, arson can not be ruled out.