The whale sings in a sound frequency that is so unusual, no other whales will respond. Filmmakers Josh Zeman and Adrian Grenier want to find it, and make a film about it.

Andrew Revkin reported this week (February 17, 2015) on the effort by filmmakers Josh Zeman and Adrian Grenier to raise funds toward bringing a whale known as 52 – sometimes called the world’s loneliest whale – to a movie theater near you. Zeman and Grenier want to mount a small oceanographic expedition to the North Pacific to find, track, tag and follow 52, last heard in 2012 but still thought to be out there. Revkin said:

They are trying to raise about $300,000 to make this happen, and launched a Kickstarter campaign this year to ‘fund-raise and friend-raise,’ as Grenier told me … 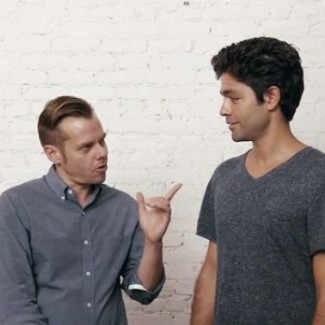 52 attracted media attention some years ago, when the U.S. Navy noticed the whale’s unusual call. Scientists now believe it has been swimming the Earth’s seas for years, ostracized from its own kind thanks to an inability to communicate. The whale sings in a sound frequency that is so unusual, no other whales will respond. As Emily Willingham wrote here at EarthSky in 2012:

In the language of whales, it’s like speaking Klingon anywhere on Earth outside a Star Trek convention.

Listen to a blue whale.

Listen to the 52-Hertz whale.

(These recordings of whale song are sped up, by the way, so they sound much higher than the real-life sounds. For an idea of what 52 Hertz frequency really sounds like, watch this video:)

The whale calls at 52 Hertz: hence, its designation. Other filter feeder whales call between 15 and 25 Hertz. As you can hear at the linked recordings, the 52-Hertz whale also calls in a distinctly more rapid rhythm compared to the deeper and more languid blue whale song.

Not only is the 52-Hertz whale off frequency, it’s off track. Scientists, easily able to follow its movements for years thanks to its unique call, can’t match the whale’s migration path to that of any known filter-feeding whales.

Why do Zeman and Grenier want to make a film about this off-frequency, off-track whale? Zeman told Andrew Revkin:

I heard about it through an animal psychologist named Vint Virga … He talks about the emotional lives of animals. I was reading the galleys of his book at a writing residency. He had the story of the loneliest whale and I was immediately profoundly affected. I discussed it with a bunch of artists there. About a week later, a playwright who was there with me called and said, ‘Hey, I wanted you to know I wrote a short one-act play about the whale.’ And about a week later a sculptor emailed me and told me she did a piece about the whale. I wanted to find out what it was about this animal that seemed to inspire so many people. I went on the web and saw so many people, across all different social stratas, who just seemed to want to connect over the story …

It’ll be a film about the quest to find this creature, both physically and emotionally and to find out what that means for everybody.

Read the rest of Revkin’s interview with Zeman and Grenier here.

UPDATE: By the way, Zeman and Grenier weren’t the only artists inspired to create something about the lonely whale 52. Lilian Mehrel of the NYU Tisch School of the Arts dropped EarthSky a note yesterday with word of her mockumentary, The Loneliest. The @52_hz_whale Twitter account (403 followers, 6 tweets) thanked us when we posted this story to Twitter. Look around, and you’ll find more. 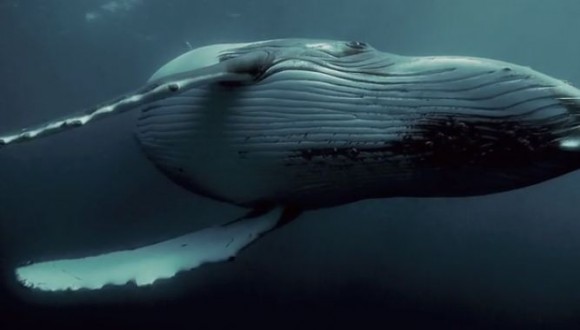 Still from fund-raising video by Zeman and Grenier

Bottom line: Filmmakers Josh Zeman and Adrian Grenier are trying to raise funds toward bringing a whale known as 52 – sometimes called the world’s loneliest whale – to a movie theater near you. They want to mount a small oceanographic expedition to the North Pacific to find, track, tag and follow 52, last heard in 2012 but still thought to be out there.