These scientists say the world needs more swamps, bogs, fens, marshes and other types of wetlands. 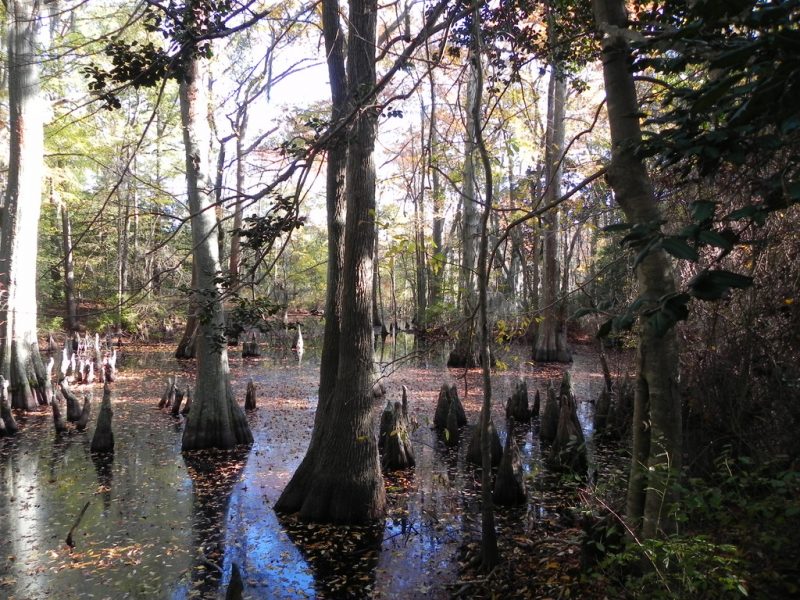 “Drain the swamp” has long meant getting rid of something distasteful. Actually, the world needs more swamps – and bogs, fens, marshes and other types of wetlands.

These are some of the most diverse and productive ecosystems on Earth. They also are underrated but irreplaceable tools for slowing the pace of climate change and protecting our communities from storms and flooding.

Scientists widely recognize that wetlands are extremely efficient at pulling carbon dioxide out of the atmosphere and converting it into living plants and carbon-rich soil. As part of a transdisciplinary team of nine wetland and climate scientists, we published a paper earlier this year that documents the multiple climate benefits provided by all types of wetlands, and their need for protection. 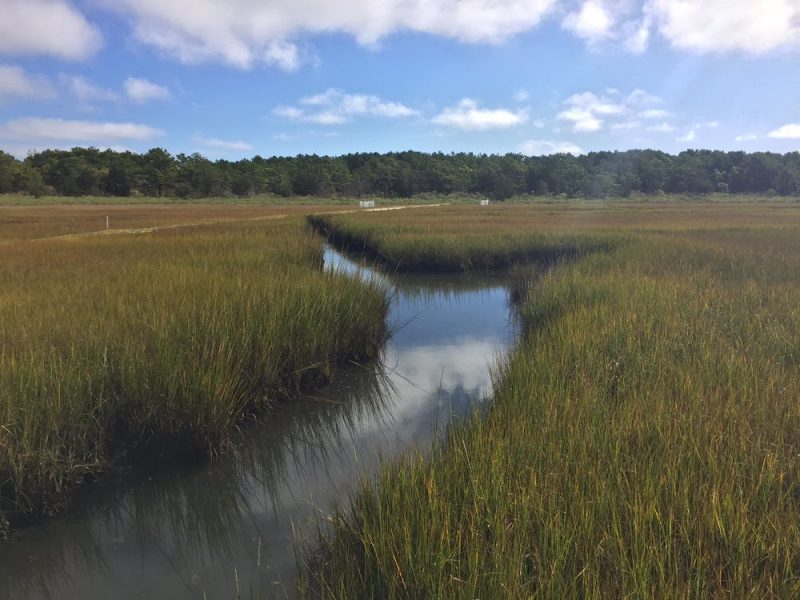 For centuries human societies have viewed wetlands as wastelands to be “reclaimed” for higher uses. China began large-scale alteration of rivers and wetlands in 486 B.C. when it started constructing the Grand Canal, still the longest canal in the world. The Dutch drained wetlands on a large scale beginning about 1,000 years ago, but more recently have restored many of them. As a surveyor and land developer, George Washington led failed efforts to drain the Great Dismal Swamp on the border between Virginia and North Carolina.

Today many modern cities around the world are built on filled wetlands. Large-scale drainage continues, particularly in parts of Asia. Based on available data, total cumulative loss of natural wetlands is estimated to be 54 to 57 percent – an astounding transformation of our natural endowment.

Vast stores of carbon have accumulated in wetlands, in some cases over thousands of years. This has reduced atmospheric levels of carbon dioxide and methane – two key greenhouse gases that are changing Earth’s climate. If ecosystems, particularly forests and wetlands, did not remove atmospheric carbon, concentrations of carbon dioxide from human activities would increase by 28 percent more each year. 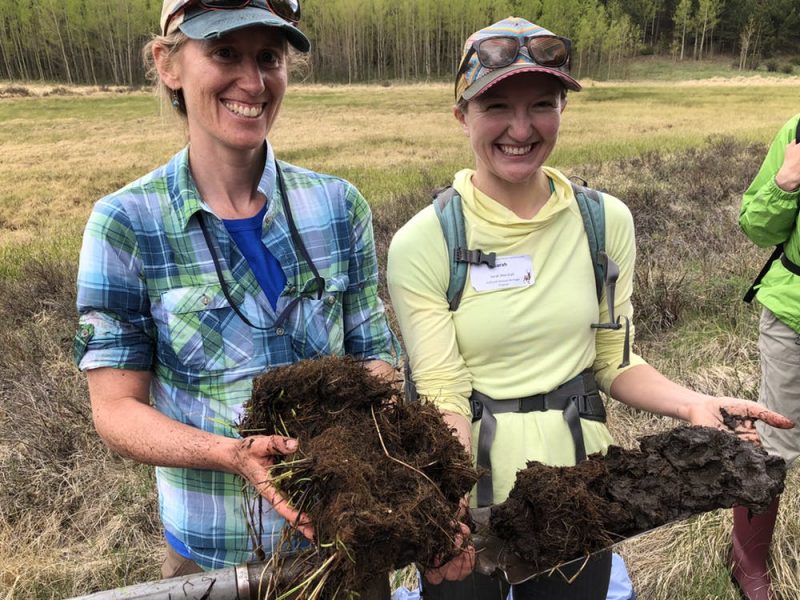 From carbon sinks to carbon sources

Wetlands continuously remove and store atmospheric carbon. Plants take it out of the atmosphere and convert it into plant tissue, and ultimately into soil when they die and decompose. At the same time, microbes in wetland soils release greenhouse gases into the atmosphere as they consume organic matter.

For these reasons, it is essential to protect natural, undisturbed wetlands. Wetland soil carbon, accumulated over millennia and now being released to the atmosphere at an accelerating pace, cannot be regained within the next few decades, which are a critical window for addressing climate change. In some types of wetlands, it can take decades to millennia to develop soil conditions that support net carbon accumulation. Other types, such as new saltwater wetlands, can rapidly start accumulating carbon.

Arctic permafrost, which is wetland soil that remains frozen for two consecutive years, stores nearly twice as much carbon as the current amount in the atmosphere. Because it is frozen, microbes cannot consume it. But today, permafrost is thawing rapidly, and Arctic regions that removed large amounts of carbon from the atmosphere as recently as 40 years ago are now releasing significant quantities of greenhouse gases. If current trends continue, thawing permafrost will release as much carbon by 2100 as all U.S. sources, including power plants, industry and transportation. 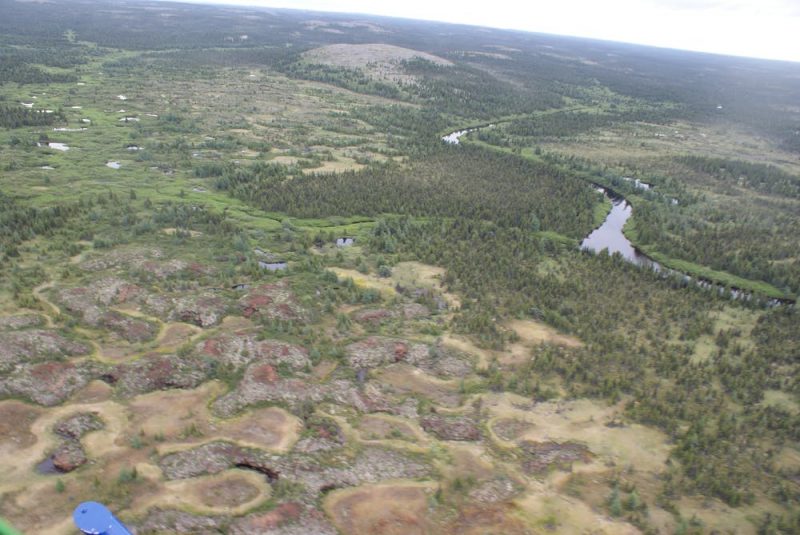 Kuujjuarapik is a region underlain by permafrost in Northern Canada. Image via Nigel Roulet, McGill University. 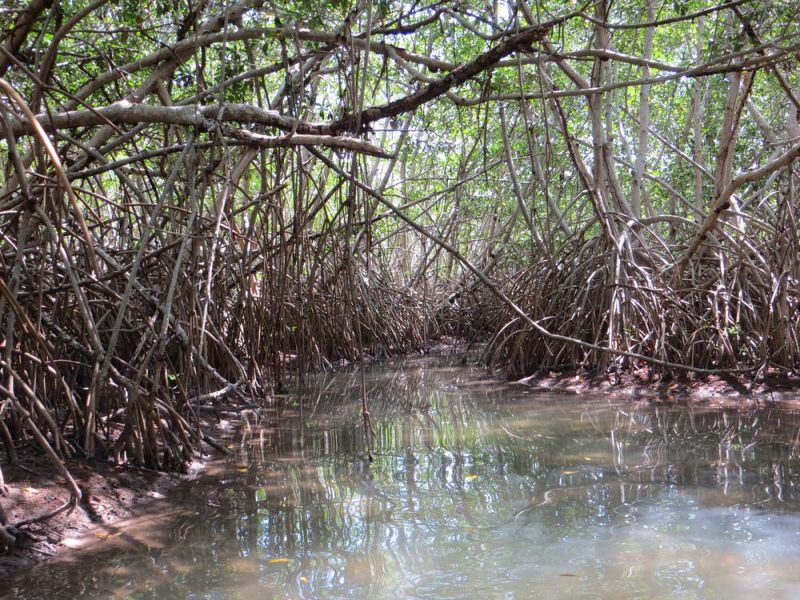 Saltwater mangrove forest along the coast of the Biosphere Reserve in Sian Ka’an, Mexico. Image via Ariana Sutton-Grier.

But wetlands have received little attention from climate scientists and policymakers. Moreover, climate considerations are often not integrated into wetland management. This is a critical omission, as we pointed out in a recent paper with 6 colleagues that places wetlands within the context of the Scientists’ Second Warning to Humanity, a statement endorsed by an unprecedented 20,000 scientists.

The most important international treaty for the protection of wetlands is the Ramsar Convention, which does not include provisions to conserve wetlands as a climate change strategy. While some national and subnational governments effectively protect wetlands, few do this within the context of climate change.

Forests rate their own section (Article 5) in the Paris climate agreement that calls for protecting and restoring tropical forests in developing countries. A United Nations process called Reducing Emissions from Deforestation and Degraded Forests, or REDD+ promises funding for developing countries to protect existing forests, avoid deforestation and restore degraded forests. While this covers forested wetlands and mangroves, it was not until 2016 that a voluntary provision for reporting emissions from wetlands was introduced into the U.N. climate accounting system, and only a small number of governments have taken advantage of it.

Although global climate agreements have been slow to protect wetland carbon, promising steps are starting to occur at lower levels.

Ontario, Canada has passed legislation that is among the most protective of undeveloped lands by any government. Some of the province’s most northern peatlands, which contain minerals and potential hydroelectric resources, are underlain by permafrost that could release greenhouse gases if disturbed. The Ontario Far North Act specifically states that more than 50 percent of the land north of 51 degrees latitude is to be protected from development, and the remainder can only be developed if the cultural, ecological (diversity and carbon sequestration) and social values are not degraded.

Also in Canada, a recent study reports large increases in carbon storage from a project that restored tidal flooding to a saltmarsh near Aulac, New Brunswick, on Canada’s Bay of Fundy. The marsh had been drained by a dike for 300 years, causing loss of soil and carbon. But just six years after the dike was breached, rates of carbon accumulation in the restored marsh averaged more than five times the rate reported for a nearby mature marsh. 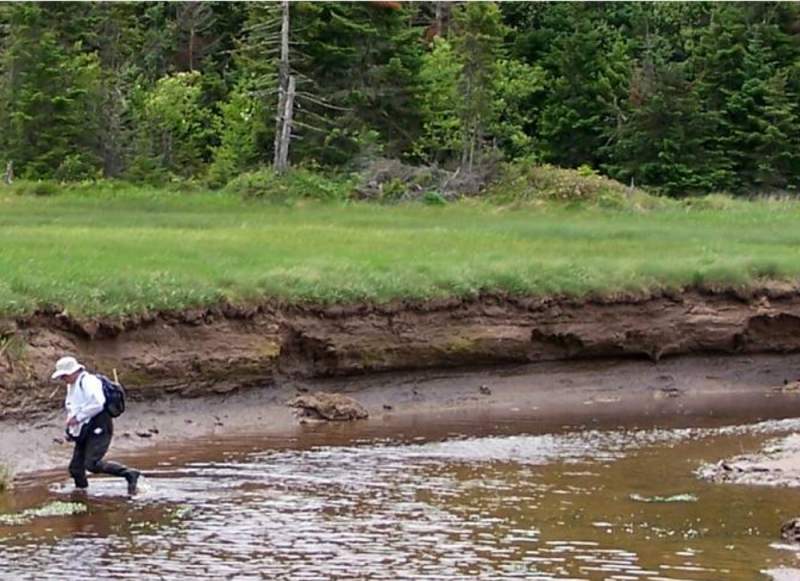 10 feet (3 meters) of carbon-rich soil accumulation along Dipper Harbour, Bay of Fundy, New Brunswick, Canada, has been radiocarbon dated to have accumulated over 3,000 years. Image via Gail Chmura, McGill University.

In our view, instead of draining swamps and weakening protections, governments at all levels should take action immediately to conserve and restore wetlands as a climate strategy. Protecting the climate and avoiding climate-associated damage from storms, flooding and drought is a much higher use for wetlands than altering them for short-term economic gains.

This article has been updated to add a link to the Scientists’ Second Warning to Humanity.

Bottom line: Wetlands are some of the world’s most undervalued weapons against climate change. They store huge quantities of carbon – but without better protection, many could soon be drained or paved over.