This ancient rhino roamed the Yukon

Fossils suggest that a long-extinct cousin of today’s rhinoceroses tromped through the forests of Northwest Canada roughly 8 to 9 million years ago. 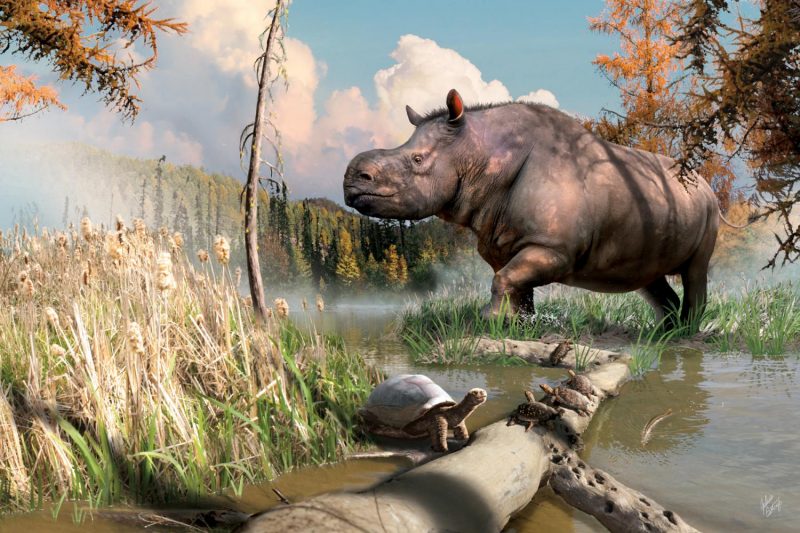 An artist’s imagining of an ancient relative of today’s rhinoceroses splashing through a stream next to turtles and fish in the Yukon. Image via Julius Csotonyi.

A new study suggests that fossil tooth fragments, discovered more than 40 years ago, belonged to a long-extinct cousin of today’s rhinoceroses. This hefty animal may have tromped through the forests of what’s now Northwest Canada roughly 8 to 9 million years ago, when the area was warmer and wetter than it is today.

The fossil fragments were collected in 1973, when a teacher hiking with her students through a defunct copper mine near Whitehorse in Canada’s Yukon Territory stumbled across a few fragments of fossils – bits and pieces of what seemed to be teeth alongside pieces of bone.

Now a study published October 21, 2019, by the American Museum of Natural History reports that the fossil tooth fragments likely came from the jaw of an extinct cousin of today’s rhinos. 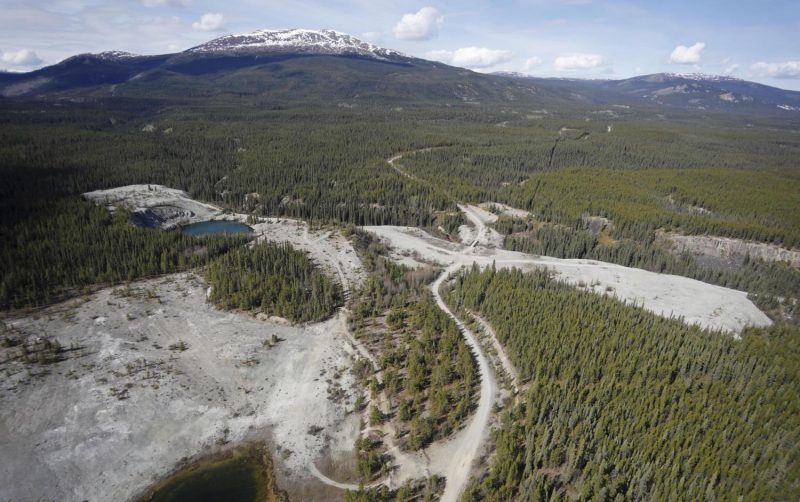 Before the rhino discovery, paleontologists had not found a single fossil vertebrate dating back to this time period in the Yukon. Yukon Government paleontologist Grant Zazula is a study coauthor. He said in a statement:

In the Yukon, we have truckloads of fossils from ice age mammals like woolly mammoths, ancient horses and ferocious lions. But this is the first time we have any evidence for ancient mammals, like rhinos, that pre-date the ice age.

During what’s called the Tertiary Period (now divided into the Paleogene and Neogene Periods), a span of time in Earth’s history that began after the dinosaurs went extinct and ended about 2.6 million years ago, a narrow land bridge called Beringia connected what are today Russia and Alaska.

Paleontologists believe that animals of all sorts, including mammoths and rhinos, poured over that bridge. But the geology and environment of the Yukon, which sat at the center of that mass migration route, isn’t conducive to preserving fossils from land animals. University of Colorado paleontologist Jaelyn Eberle is lead author of the study. She said:

We know that a land bridge must have been in operation throughout much of the last 66 million years. The catch is finding fossils in the right place at the right time. 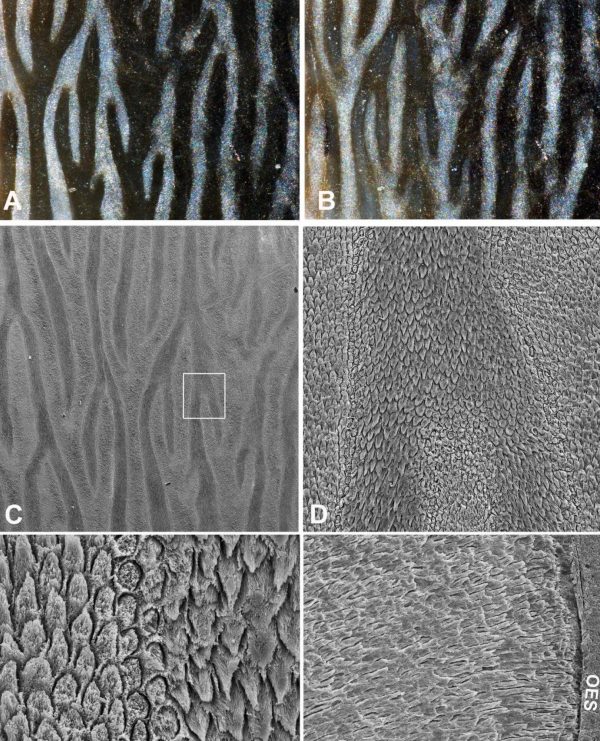 Enamel from a fragment of an ancient rhinoceros tooth as seen under increasing levels of magnification. Image via Jaelyn Eberle.

For the study, Eberle and her team examined the fossil teeth, now housed in the Yukon Government’s fossil collections in Whitehorse, under a tool called a scanning electron microscope that can reveal the structure of tooth enamel in incredible detail.

Eberle explained that mammal teeth aren’t all built alike. The crystals that make up enamel can grow following different patterns in different types of animals, a bit like a dental fingerprint. The Yukon tooth enamel, the team found, carried the tell-tale signs of coming from a rhinoceros relative. Eberle said:

I hadn’t thought that enamel could be so beautiful.

The method isn’t detailed enough to determine the precise species of rhino, Eberle said, but if this animal was anything like its contemporaries to the south, it may have been about the same size or smaller than today’s black rhinos and browsed on leaves for sustenance. It also probably didn’t have a horn on its snout, she said. 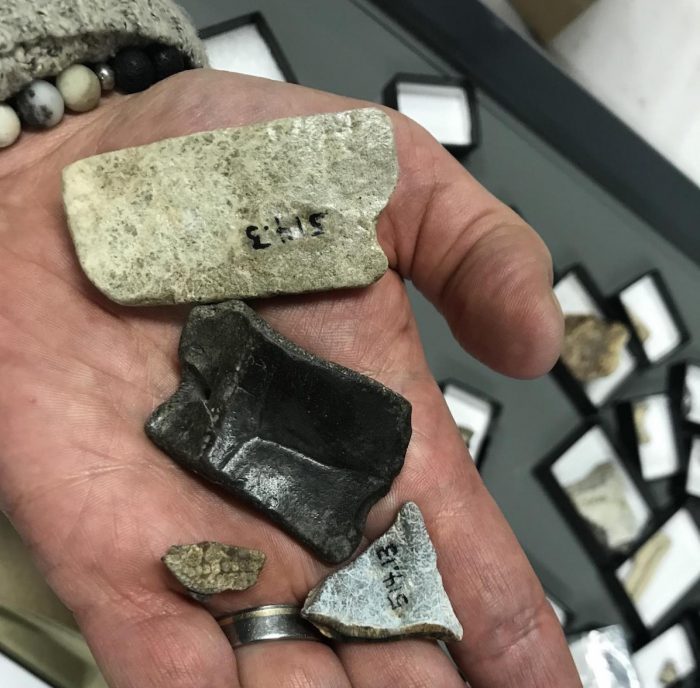 Series of fossils recovered from the Yukon. They are pieces of shells from two different species of turtle (top), a fossil from a relative of a modern pike fish (middle) and fragment of ancient rhino teeth (bottom). Image via Grant Zazula.

The group also looked at a collection of fossils found alongside the rhino’s tooth chips. They belonged to two species of turtle, an ancient deer relative and a pike fish. The discovery of the turtles, in particular, indicated that the Yukon had a warmer and wetter climate than it does today.

Bottom line: Scientists have identified fossil teeth found in the Yukon as belonging to an extinct rhino.