Researchers have identified fossil remains as belonging to rauisuchians, predatory crocodile-like animals that fed on early dinosaurs and mammal relatives 210 million years ago.

Artist’s concept of two rauisuchians over desiccated corpse of mammal-relative in the Triassic of southern Africa. In the background, dinosaurs and mammal-like reptiles form other parts of the ecosystem. Image via Viktor Radermachar.

Scientists have identified fossil remains from museum collections as belonging to giant, crocodile-like animals that preyed on early dinosaurs and mammal relatives 210 million years ago. These predators, known as rauisuchians, lived in southern Africa during the Triassic period, which spans 252 to 201 million years ago.

Rauisuchians are closely related to today’s crocodiles. They had massive jaws, walked on all fours, and were covered in crocodile-like armored scales. They had a diversity of body shapes and sizes, but the specimens described in this research include some of the largest carnivorous members of the group, possibly up to 33 feet (10 meters) long – about the length of a school bus, with huge skulls full of serrated, curved teeth.

According to the study, published online in the Journal of African Earth Sciences on August 27, 2019, the rauisuchians were some of the latest-surviving members of their group, and that when they were alive, they were thriving close to the Antarctic Circle – the theoretical limit for their physiology.

Rauisuchia is an order of reptiles that lived during the Triassic period. This group is a sister to the group that gave rise to the modern-day crocodiles, alligators, and caimans. Rauisuchia includes the largest non-dinosaurian land carnivore ever and some were so large that they could go head to head with T. rex. Image via Dinopedia

The researchers studied fossilized teeth, pieces of jaws, hind limbs and body armor found in South Africa’s Elliot Formation, a geological formation of reddish-colored rocks well known for its dinosaur fossils. The fossils were from collections based at the University of the Witwatersrand, the Iziko South African Museum and the National Museum in Bloemfontein, South Africa. 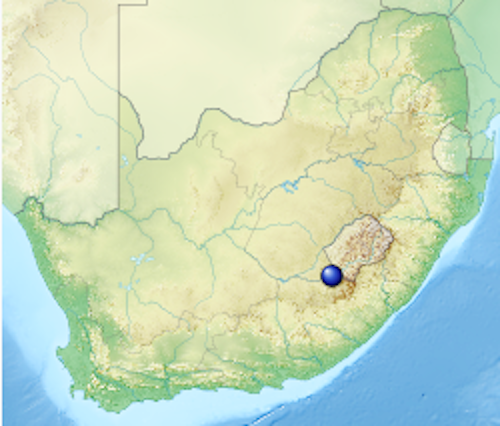 Location of the Eliot Formation in South Africa.

Rick Tolchard, of University of the Witwatersrand, is the study lead author. He said in a statement:

In the Triassic period, rauisuchians were widespread and their fossils are known from all continents except Antarctica. They went extinct about 200 million years ago, paving the way for dinosaurs to become the dominant large land animals. 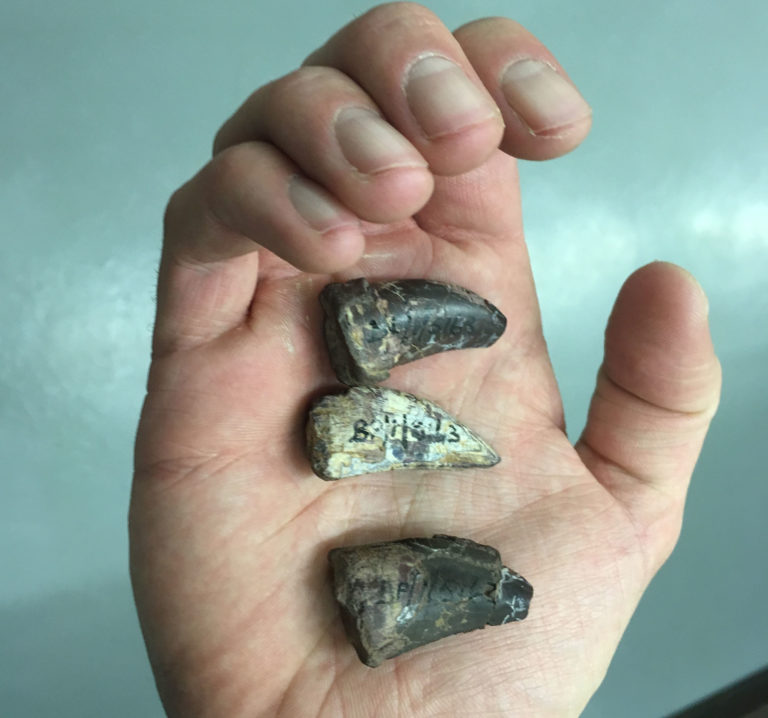 An example of rauisuchian teeth. Image via Daily Maverick.

Tolchard said rauisuchians preyed on early herbivore dinosaurs and their mammal relatives living at the time. He said:

These ancient fossils provide us with evidence of how at least two predator species hunted these vegetarian dinosaurs 210 million years ago. It is amazing to follow the clues left behind in fossilized teeth, jaws, limbs and other fossils to help us tell the ancient story of life in southern Africa.

Bottom line: Fossil remains found in South Africa have been identified as belonging to an extinct relative of crocodiles.

Source: ‘Rauisuchian’ material from the lower Elliot Formation of South Africa and Lesotho: Implications for Late Triassic biogeography and biostratigraphy

Via University of the Witwatersrand, Johannesburg