The intense wildfires in southern California are triggering air quality alerts. What do health experts know about how inhaling smoke affects human health?

Editor’s note: Wildfires once again are raging in California – this time in the Los Angeles area, where five fires are currently burning. As of December 7, 2017, the fast-moving Thomas fire alone had burned more than 65,000 acres in three days. State agencies are issuing air quality alerts due to wildfire smoke. Atmospheric chemist Richard Peltier explains why smoke from wildfires is hazardous and what kinds of protection are effective.

What substances in wildfire smoke are most dangerous to human health? What kinds of impacts can they have?

Wood smoke contains a mixture of microscopic droplets and particles and invisible gases that spread downwind from the fire source. Surprisingly, relatively few studies have investigated the types of exposures we are now seeing in California. Most studies focus on very controlled laboratory experiments, or forest fire fighters who are working on controlled burning, or exposures people in developing nations experience when they use primitive cookstoves. None of these accurately reflects conditions that Californians are experiencing now.

Wood smoke is a very complicated mixture of material in the air, and much of it is known to affect human health. It comes from lots of different fuel sources, including mature trees, dried leaves, forest litter and, unfortunately, local homes. The emissions vary depending on what material is burning and whether it is smoldering or in flames. 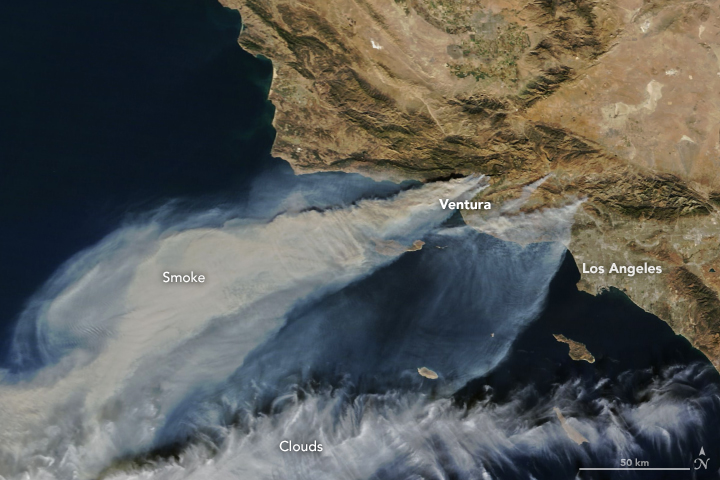 For the most part, wildfire smoke is a mixture of carbon monoxide, volatile organic carbon and particles that include alkaline ash, black carbon and organic carbon, which usually contains polyaromatic hydrocarbon, a known cancer-causing agent.

Is a brief exposure, say for a few hours, dangerous, or is smoke mainly a concern if it lingers for days? How does distance from the fire affect risk?

We don’t fully know how the size and length of the dose affect risks, but the longer you are exposed to pollutants from wood smoke, the higher the risk of developing smoke-related illnesses. Short-term exposures to intense smoke can lead to lung and cardiovascular problems in some people, especially if they are already susceptible to these diseases. Longer-term exposure over a few days or weeks increases the risk and the chance of health impacts as your cumulative dose increases.

Smoke tends to become more diluted with distance from the source, but there really isn’t any way to estimate a safe distance where the pollutants are so diluted that they pose no risk. Eventually rainfall will clean all of this pollution from the atmosphere, but that can take days or even weeks. In the meantime, these pollutants can travel thousands of miles. That means air pollution from wildfires may threaten people who are far downwind. 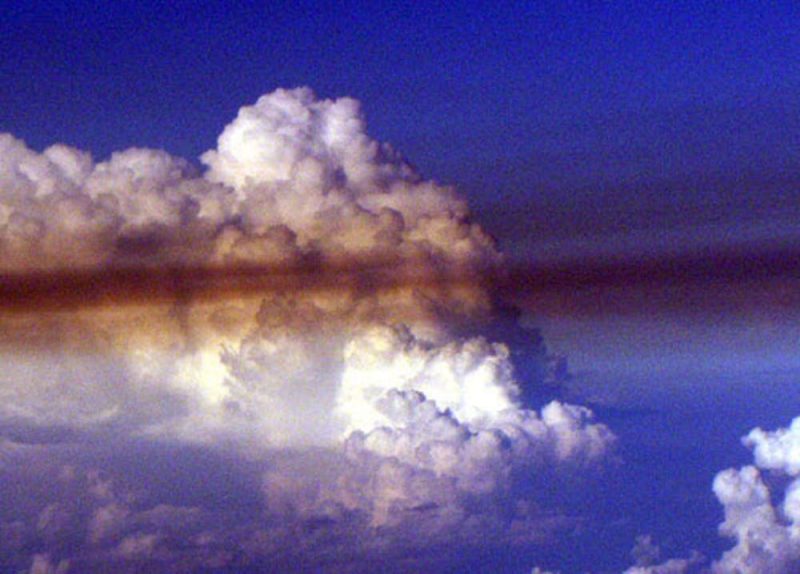 Image of a plume of high-altitude smoke from a forest fire near Alaska, observed in northern Quebec, Canada, more than 2,000 miles away. Image via Richard Peltier.

How do the worst pollution levels from wildfires in California compare to bad air days in a megacity like Beijing or Mumbai?

The concentrations of pollution in communities downwind of these fires are on par with what we see in rapidly growing cities such as Mumbai and Beijing. But there is an important difference. In California these pollutants affect a relatively small geographic area, and the affected areas can rapidly shift with changing weather patterns. In locations like Mumbai and Beijing, high concentrations are sustained across the entire region for days or even weeks. Everyone in the community has to endure them, and there is no practical escape. For now, though, some Californians are experiencing what it’s like to live in a developing country without strong air pollution controls.

How should people in smoky areas protect themselves? Are there remedies they should avoid?

The most effective way to protect yourself is by staying with friends or family who live far away from the smoke. People who can’t leave the area should close windows and doors, and apply weather sealing if they detect smoke leaking in. Even masking tape can be reasonably effective. But most houses leak outside air indoors, so this strategy isn’t foolproof.

Portable high-efficiency filter devices – often marketed as HEPA – can remove indoor air pollution but often are too small to be effective for an entire house. They are best used in individual rooms where people spend a great deal of time, such as a bedroom. And they can be very expensive. 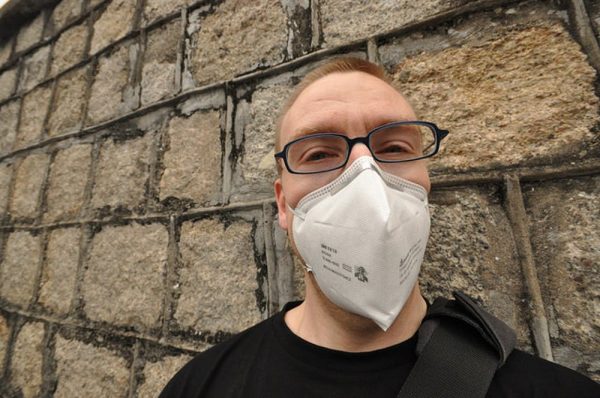 Products marketed as air fresheners that use odorants, such as scented candles or oil vaporizers that plug into an outlet, do nothing to improve air quality. They can actually make it worse. Similarly, products that “clean” the air using ozone can release ozone into your home, which is very hazardous.

Personal face mask respirators can also be effective, but not the cheap paper or cloth masks that many people in developing countries commonly use. The best choice is an N95-certified respirator, which is designed to protect workers from hazardous exposures on the job.

These masks are made of special fabric that is designed to catch particles before they can be inhaled. Paper masks are meant to protect you from contact with large droplets from someone who might be ill. N95 respirators block particles from entering your mouth and nose. They can be a little uncomfortable to wear, especially for long periods, but are pretty effective, and many retailers sell them.

What else do scientists want to know about wildfire smoke?

We have a pretty good understanding of the pollutants that wildfires emit and how they change over time, but we don’t have a firm grasp of how different health effects arise, who is most susceptible or what the long-term effects may be. It is not easy to predict where and when wildfires will occur, which makes it hard for scientists to evaluate individuals who have been exposed to smoke. Controlled laboratory studies give us some clues about what happens in the human body, but these exposures often are quite different from what happens in the real world.

Wildfire smoke in heavily settled areas like Los Angeles affect thousands of people. We saw similar situations in other cities this year, including Seattle, Portland and San Francisco. And it’s not just a West Coast issue. In late November there were major fires reported in Arkansas, Kansas, Kentucky, Missouri, Oklahoma and Pennsylvania. We need to learn more about how smoke exposure affects people in real-world conditions, during fires and long after they end.

Editor’s note: This is an updated version of an article originally published on October 16, 2017.