Elephants reassure other elephants in distress

Elephants get distressed when they see others in distress, reaching out to calm them down. 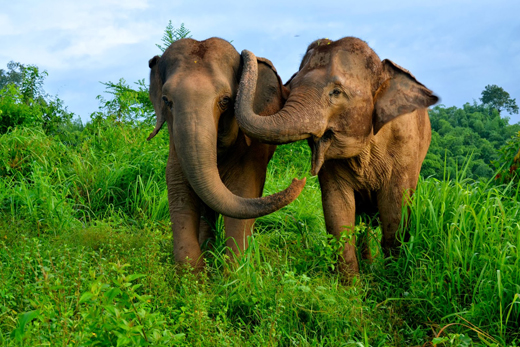 Asian elephants console other elephants who are in distress, using physical touches and vocalizations, finds a study to be published in the journal PeerJ.

Frans de Waal, an Emory professor of psychology and director of Living Links at Emory’s Yerkes National Primate Research Center is the study’s co-author. He said:

With their strong social bonds, it’s not surprising that elephants show concern for others.This study demonstrates that elephants get distressed when they see others in distress, reaching out to calm them down, not unlike the way chimpanzees or humans embrace someone who is upset.

The study focused on a group of 26 captive Asian elephants spread over about 30 acres at an elephant camp in northern Thailand. For nearly a year, the researchers observed and recorded incidences when an elephant displayed a stress reaction, and the responses from other nearby elephants. 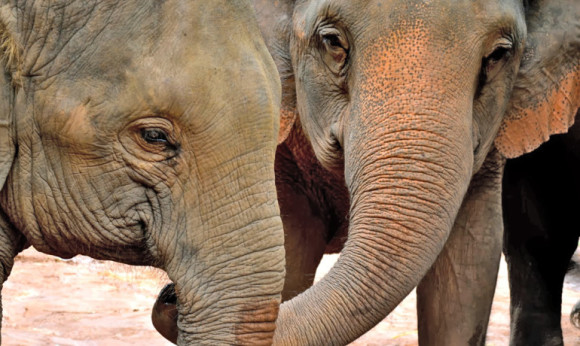 An elephant hug: One elephant puts its trunk in another’s mouth. Photo via Emory University