The recent El Niño has driven a rise in atmospheric CO2. Scientists expect it to surpass 400 parts per million for the year and stay there at least a human lifetime. 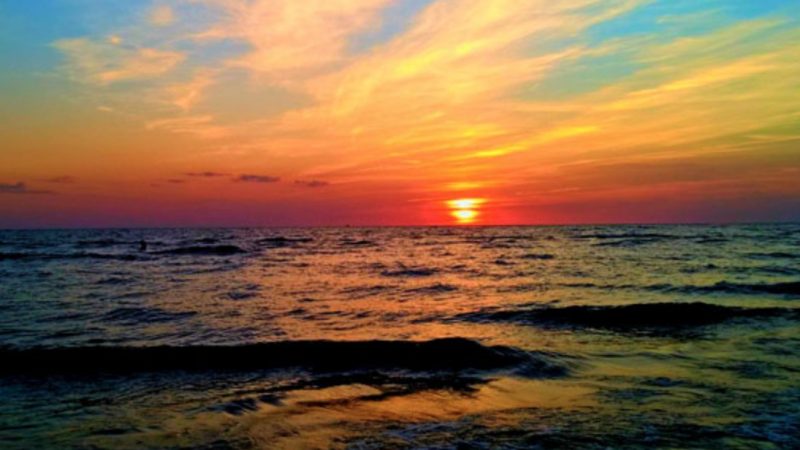 Image via University of Exeter

Climate scientists report that the human-caused rise in atmospheric concentration of carbon dioxide is getting an extra boost this year from El Niño, resulting in the fastest annual increase of CO2 levels on record.

According to a paper published June 13, 2016 in the journal Nature Climate Change, 2016 will be the first year with concentrations above 400 parts per million (ppm) all year round. Even if human emissions began to decline, say the scientists, concentrations will likely remain above this point for at least a human lifetime.

Richard Betts, of University of Exeter, is the paper’s lead author. He said in a statement:

The atmospheric carbon dioxide concentration is rising year-on-year due to human emissions, but this year it is getting an extra boost due to the recent El Niño event – changes in the sea-surface temperature of the tropical Pacific Ocean. This warms and dries tropical ecosystems, reducing their uptake of carbon, and exacerbating forest fires. Since human emissions are now 25 percent greater than in the last big El Niño in 1997-98, this all adds up to a record CO2 rise this year.

The rising trend in CO2 was first recorded at Hawaii’s Mauna Loa Observatory in 1958. The early measurements were around 315 parts per million of carbon dioxide. Sixty years later this has been rising at an average rate of 2.1 parts per million (ppm). Using a seasonal climate forecast model and statistical relationship with sea temperatures, scientists forecast the rise this year to be a record 3.15 ppm. The average concentration in 2016 is forecast to be 404.45 ppm, dropping to 401.48 in September before resuming their ongoing rise next year.

Carbon dioxide concentrations show modest ups-and-downs with the seasons. Plants draw down CO2 in the summer and release it again in the autumn and winter. Betts said:

Carbon dioxide at Mauna Loa is currently above 400 parts per million, but would have been expected to drop back down below this level in September. However, we predict that this will not happen now, because the recent El Niño has warmed and dried tropical ecosystems and driven forest fires, adding to the CO2 rise.

Since natural processes only remove carbon dioxide from the atmosphere gradually, levels will remain high even if human emissions began to decline. Scientists expect the concentrations to now remain above 400 parts per million for at least a human lifetime.

The 400 ppm value (400 molecules of CO2 for every one million molecules in the atmosphere) is a symbolic milestone for scientists – it has no particular significance for the physics of the climate system. The reason it has resonance is that the last time atmospheric CO2 was regularly above 400 ppm was 3 to 5 million years ago – before modern humans existed. Betts told the BBC:

There’s nothing magical about this number. We don’t expect anything suddenly to happen. It’s just an interesting milestone that reminds us of our ongoing influence on the climate system.

Ralph Keeling of the Scripps Institution of Oceanography is a co-author on the paper. He said:

Back in September last year, we suspected that we were measuring CO2 concentrations below 400 parts per million for the last time. Now it is looking like this was indeed the case.

Bottom line: According to a paper published June 13, 2016 in the journal Nature Climate Change, 2016 will be the first year with atmospheric CO2 concentrations above 400 parts per million all year round. Climate scientists report that the human-caused rise in atmospheric concentration of carbon dioxide is getting an extra boost this year from El Niño, resulting in the fastest annual increase of CO2 levels on record.

Read more from the University of Exeter