This week, Mike talks with a scientist with a revised theory about some dinosaur tracks, Deborah talks full moon, and there’s new music from Phosphorescent. Enjoy! 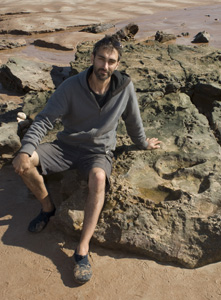 Computer data successfully stored on a strand of DNA

Dinosaur Tracks Michael Brennan speaks with Anthony Romilio about his study of the dinosaur tracks in the Lark Quarry Conservation Park in Australia, once thought to be the only known site of a dinosaur stampede. His new research changes the story.

Full Moon Deborah Byrd discusses this week’s full moon, what causes the phases of the moon, and when to see the star Regulus and planet Saturn this week.