Earthquakes in Nevada this morning 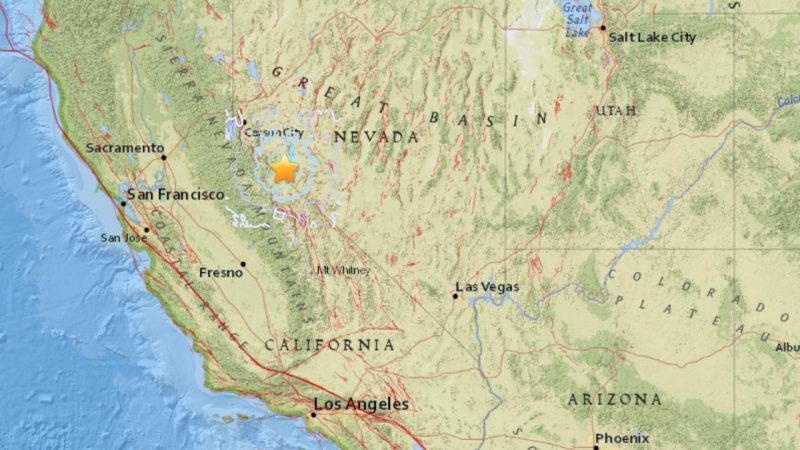 The United States Geological Survey (USGS) is reporting a series of earthquakes in the sparsely populated state of Nevada this morning (December 28, 2016), beginning with two 5.7-magnitude quakes, which are moderately strong earthquakes. A quake of that strength can wake people up, and overturn unstable objects, but is unlikely to cause severe damage. The first earthquake was at 8:18 UTC (just after midnight local time), and the second was four minutes later. Multiple aftershocks followed, plus at least one more moderately strong quake (5.5-magnitude). The quakes are centered southwest of the town Hawthorne (population just over 3,000 people, according to a 2010 census).

Did you feel it? Tell USGS

Las Vegas – the largest city in Nevada with a population of about 600,000 according to a 2013 census was about 300 miles (480 km) southeast of the site of the quakes. San Francisco, California was about the same distance away, to the west.

Due to the sparse population in this region, USGS reports:

… There is a low likelihood of casualties and damage.

Overall, the population in this region resides in structures that are resistant to earthquake shaking, though some vulnerable structures exist.