The 5.8-magnitude earthquake in western Montana took place just after midnight, local time. It woke people up near the epicenter and was felt throughout the region. Expect aftershocks. 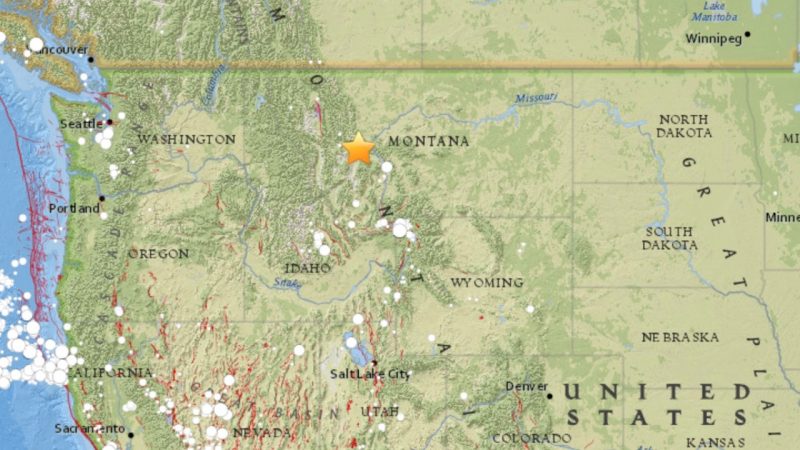 A 5.8-magnitude earthquake struck in western Montana early Thursday morning, waking people up more than 30 miles from its epicenter, and felt as far away as Spokane, Washington. The magnitude 5.8 quake occurred at 12:30 a.m. MDT (local time), about 6 miles (10 km) southeast of Lincoln, Montana, according to the U.S. Geological Survey (USGS). CBS Missoula affiliate KPAX-TV reported no immediate reports of injuries, but said 9-1-1 call centers were swamped with calls and was advising people to only call if they were injured. KMVT-TV in Twin Falls, Idaho reported power outages around the earthquake’s epicenter. USGS gave these details:

Earthquakes do occur periodically in Montana, but this one was relatively strong – therefore relatively rare – for the region.

Did you feel it? Tell USGS

Bottom line: The 5.8-magnitude earthquake in western Montana on Thursday, July 6, 2017, is expected to be followed by aftershocks.