HNY – Happy New Year! All 26 letters of the alphabet, spelled out in Earth’s features as seen from orbit.

Adam Voiland, a science writer for NASA’s Earth Observatory, said the idea came to him when he spotted a V in a smoke plume while working on a story about Canadian wildfires in 2012. With the help of readers and colleagues, Voiland tracked down images resembling all 26 letters of the English alphabet spelled out in Earth features using only NASA satellite imagery and astronaut photography. He said that some of the letters – like O and C – were easy to find, and others – A, B, and R in particular — were maddeningly difficult.

So this seems a fitting way to say HNY – Happy New Year – from EarthSky to our friends! 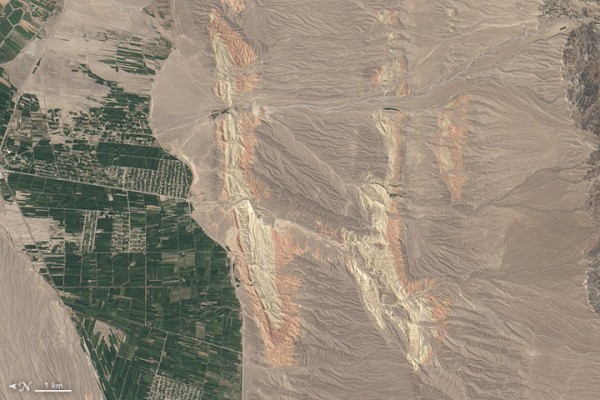 On August 30, 2014, the Operational Land Imager on Landsat 8 acquired this image of rivers running through colorful ridges in southwestern Kyrgyzstan. Image credit: NASA 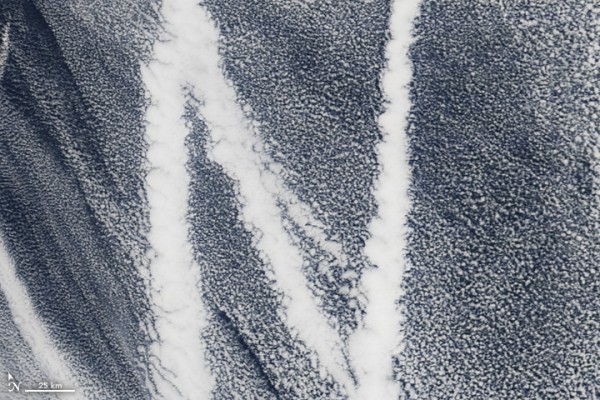 On March 4, 2009, the Moderate Resolution Imaging Spectroradiometer (MODIS) on the Terra satellite captured this image of ship tracks over the Pacific. Ship emissions contain small particles that cause the clouds to form. Image credit: NASA 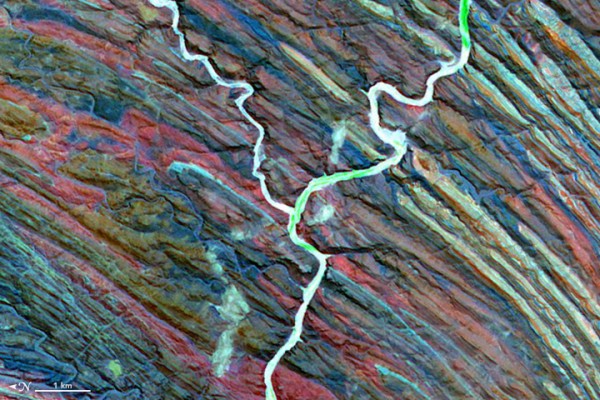 On December 25, 2000, by the Advanced Spaceborne Thermal Emission and Reflection Radiometer (ASTER) on NASA’s Terra satellite captured this false-color image of the Ugab River in Namibia. Image credit: NASA

You can see the whole alphabet here.

Which are the coolest? My votes go to M and T. 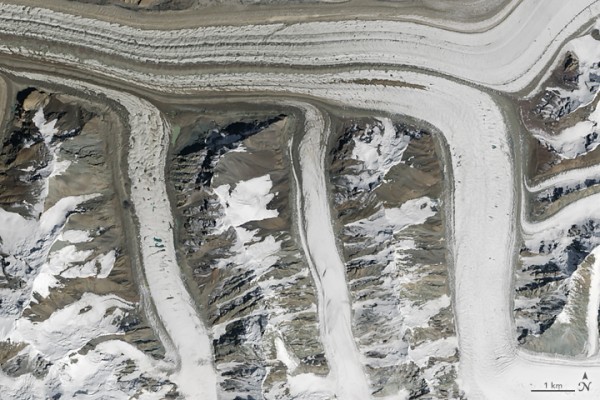 On August 14, 2015, the Operational Land Imager (OLI) on Landsat 8 captured this image of glaciers in the Tian Shan mountains in northeastern Kyrgyzstan. The trail of brown sediment in the middle of the uppermost glacier is a medial moraine, a term glaciologists use to describe sediment that accumulates in the middle of merging glaciers. Image credit: NASA 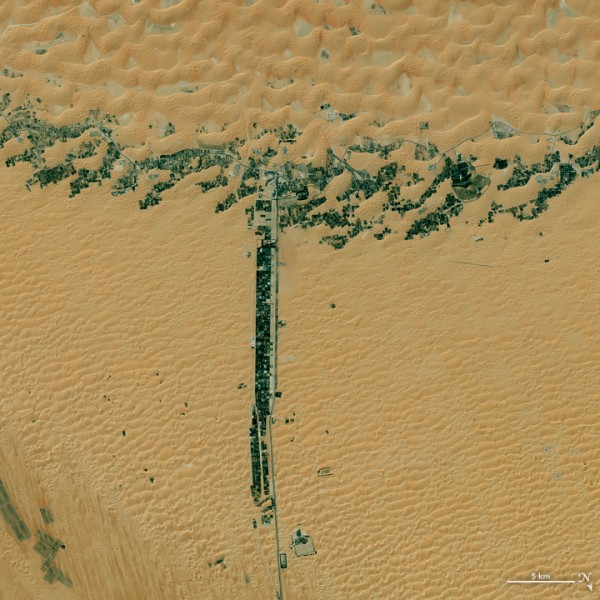 On March 9, 2015, the Operational Land Imager (OLI) on Landsat 8 captured this image of development along two roads in the United Arab Emirates. Image credit: NASA

Bottom line: All 26 letters of the alphabet, spelled out in Earth features, pictured from orbit.

See the rest of the alphabet here.