Twice as many bird species as before?

Bird watchers, prepare to update your checklists. Ornithologists are pondering a new way of defining bird species. If the new thinking is accepted globally, the number of known bird species would double. 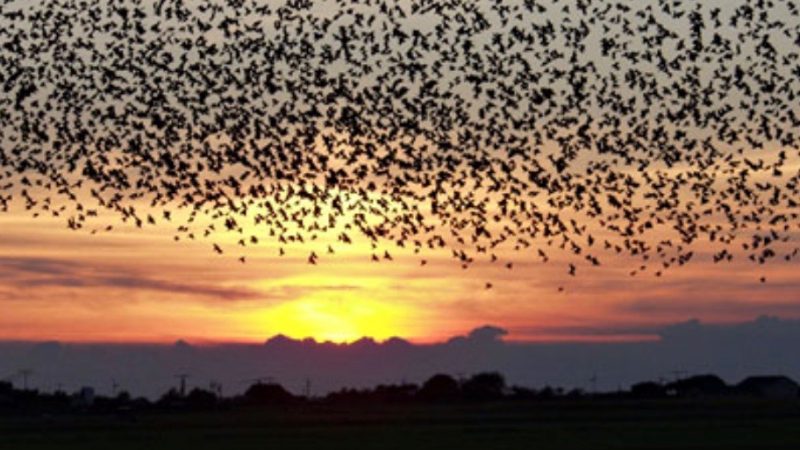 It’s not that there are more birds than before. But scientists at the American Museum of Natural History in New York announced on December 13, 2016 that their research suggests there are (should be?) about about twice as many bird species as before. The number of known bird species is typically set at around 9,000 to 10,000. The museum’s team said it believes the number should be closer to 18,000 bird species, or more.

It’s all about what you label as a species and about birds that look similar to one another (or were thought to interbreed). These researchers said many of these birds, called one species in the past, are often actually two species. The journal peer-reviewed journal PLOS ONE thought well enough of their research to publish it. The researchers said the work has “serious” implications for conservation practices.

Joel Cracraft, an author of the study and a curator in the American Museum of Natural History’s Department of Ornithology, explained:

We are proposing a major change to how we count diversity. This new number says that we haven’t been counting and conserving species in the ways we want.

Their statement explained that birds are traditionally thought of as a well-studied group, with more than 95 percent of their global species diversity estimated to have been described. Most checklists used by bird watchers as well as by scientists say there are roughly between 9,000 and 10,000 species of birds. But those numbers are based on a widely accepted system known as the biological species concept. It defines species in terms of what animals can breed together. Lead author of the new study – George Barrowclough – said:

It’s really an outdated point of view, and it’s a concept that is hardly used in taxonomy outside of birds.

For the new work, Cracraft, Barrowclough, and their colleagues at the University of Nebraska, Lincoln, and the University of Washington examined a random sample of 200 bird species through the lens of morphology — the study of the physical characteristics like plumage pattern and color, which can be used to highlight birds with separate evolutionary histories.

This method turned up, on average, nearly two different species for each of the 200 birds studied.

This suggests that bird biodiversity is severely underestimated, and is likely closer to 18,000 species worldwide.

Bottom line: Ornithologists at the American Museum of Natural History want to define bird species, not according to which birds can breed together, but according to morphology – the study of birds’ physical characteristics. If the world’s bird researchers accept this standard, it’ll double the number of bird species, these researchers said.

Via American Museum of Natural History