Dogs do it. Dolphins do it. Now corn, too, displays altruism.

Researchers studying corn seeds have found evidence that full “siblings” preferentially feed each other. They describe this behavior as altruism among corn.

A study led by scientists at the University of Colorado Boulder suggests that some plants – in this case, corn – display altruism, or unselfish concern for the welfare of others. The researchers looked at fertilized corn seeds, which contain they called siblings. That is, the seeds contain a corn embryo and a corresponding bit of tissue known as endosperm. The endosperm feeds the corn embryo as the seed grows. Researchers found that corn embryos whose endosperm shared the same mother and father grew larger than corn embryos whose endosperm had genetically different parents (same mother but different father). Who knew the lives of corn featured so much drama?

Pamela Diggle, a faculty member in CU-Boulder’s ecology and evolutionary biology department, led the study, which resulted in a paper published January 21, 2013 in the Proceedings of the National Academy of Sciences. She said in a press release:

We found that endosperm that does not share the same father as the embryo does not hand over as much food — it appears to be acting less cooperatively.

Blended families everywhere may (or may not) be familiar with that concept. 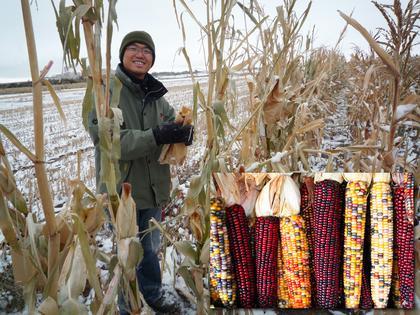 Graduate student Chi-Chih Wu of CU-Boulder helped conduct the study showing that corn plants may have an altruistic side. Photo via CU-Boulder. 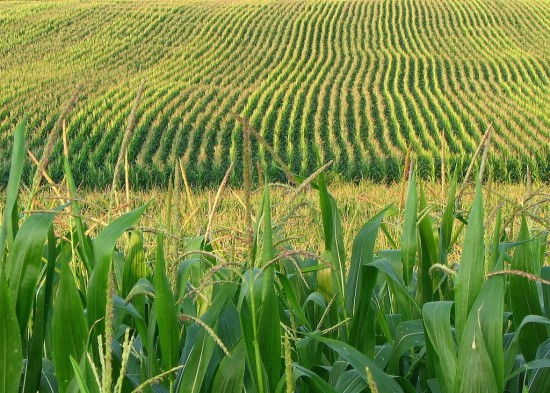 Just one big field of brotherly love. Image via Kelly

The researchers said previous research has shown that plants can preferentially withhold nutrients from inferior offspring when resources are limited. Diggle said:

Our study is the first to specifically test the idea of cooperation among siblings in plants.

What does all this have to do with altruism, you ask? I wondered that, too. One of the researchers, William “Ned” Friedman of Harvard University, explained:

One of the most fundamental laws of nature is that if you are going to be an altruist, give it up to your closest relatives. Altruism only evolves if the benefactor is a close relative of the beneficiary. When the endosperm gives all of its food to the embryo and then dies, it doesn’t get more altruistic than that.

Read more about this study from the University of Colorado, Boulder